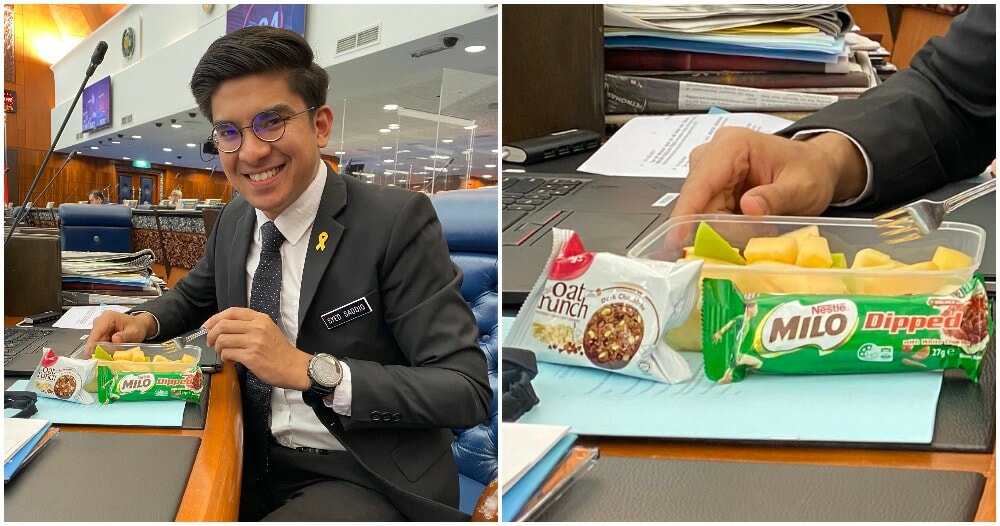 The post on Facebook was quite simple as it contained only three sentences, #SharingIsCaring and a picture of YB Syed Saddiq that finally shows something else other than his face (not that we mind it though). 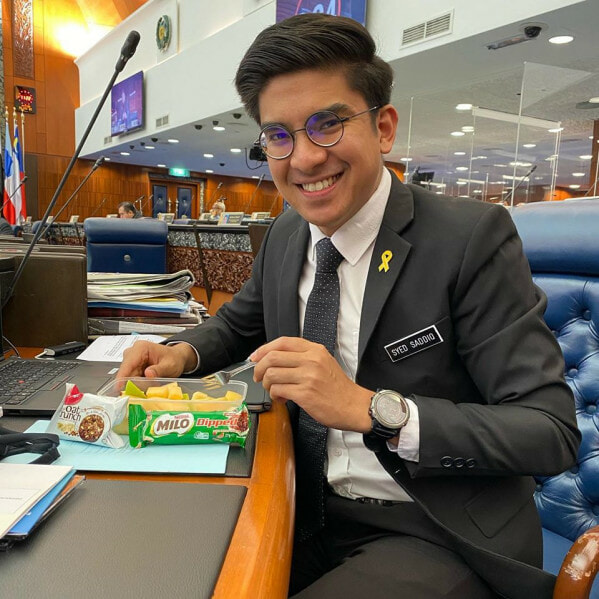 The caption is as follows:

“My bekal in parliament today. If the other MPs want to share then I’ll bring more next time.”

He also included a postscript that says: “Invite me next time if you’re going to have a makan-makan session in parliament next time 😉.” We wonder if this caption has any udang di sebalik batu?

Zooming into the picture, we can see the three components of YB Syed Saddiq’s bekal which includes a Tupperware of fruits (pineapple? mango?), a Milo Dipped snack bar and also a packet of Nutty Chocolate Oat Krunch biscuits. 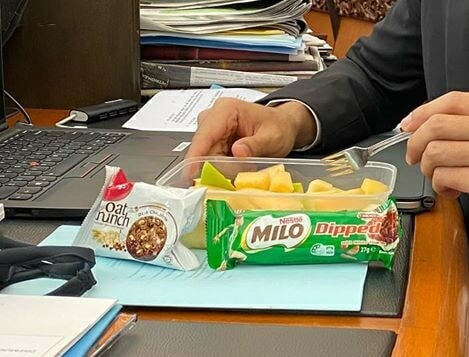 Netizens in the comments applauded him for bringing food from home as it’s healthier, cleaner and also cheaper. The others also said that the usage of tipuware (the normal takeaway containers) was smart as he doesn’t need to worry about losing it and getting scolded by his mother.

Other people were not as open to the post as they said that the Muar rep should not eat in the parliament. We thought we went over this already though?

One netizen even wanted to belanja the Muar MP some lobsters!

All in all, Syed Saddiq’s lunches are healthy, maybe that’s how he keeps his figure though. If you would like to know more about his diet, you can watch this TikTok.

There was also once when he shared his skincare routine. If you follow that then maybe you can go close to the camera and your skin will still be flawless.

Also read: Syed Saddiq Reveals His Skincare Routine For The Flawless Skin You See In His Closeups