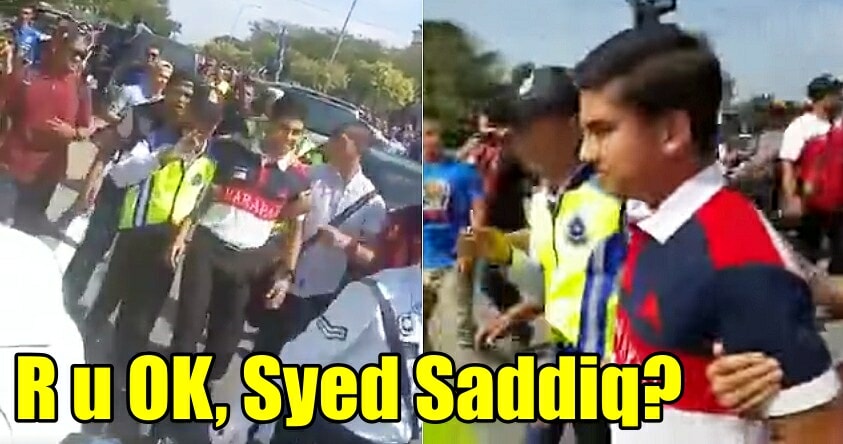 OMG! This is very scary.

Our Youth and Sports Minister, Syed Saddiq was “attacked” by an angry mob of BN (Barisan Nasional) supporters when he went for the Semenyih by-election nomination.

Kini TV uploaded a video of the chilling incident as we see Syed Saddiq being escorted by a group of traffic police and other people back to his car. The video was accompanied by a caption which read,

“Malaysian United Indigenous Party (Parti Pribumi Bersatu Malaysia, PPBM) Youth Chief, Syed Saddiq Syed Abdul Rahman was attacked by BN supporters when he was heading to his car after the nomination of candidates for Semenyih’s by-election.”

“Insults like ‘bangsat’ and ‘babi’ can be heard saying to Syed Saddiq. He was given tight security for his safety.”

We hope that he wasn’t too affected by the incident.

You can watch the scary incident here:

After that, Syed Saddiq’s Communication Team tweeted another short video of the incident with the hashtag #tolakpolitiksamseng, which means “reject the politics of gangsterism”.

Following that, Syed Saddiq has also released a statement via Instagram and Facebook. In the statement, he addressed the incident saying that he was okay with insults hurled towards him, but the physical attacks were the ones he couldn’t tolerate. Yikes!

“I will respect your rights to throw insults at me but if it involves using physical assault, that’s too much.”

Syed Saddiq explained that he didn’t visit the place with a driver because he wasn’t on official business and he was “attacked” by BN supporters whilst he was on the way to his car.

He further shared that when he was insulted by the mob, he only greeted them and continued to move forward, but they proceeded to chase him. Oh dear, that must be terrifying!

Syed Saddiq mentioned that he was saddened by this behaviour and revealed that he would make a police report at Sungai Way police station at 2 pm, today (16 Feb. 2019). You can read his full statement below:

A recent update by The Malay Mail revealed that Syed Saddiq had taken the path which was not cleared for Pakatan Harapan members. According to Parti Sosialis Malaysia (PSM) Youth chief Khalid Ismath, the youth minister had ignored orders from the police and purposefully entered BN’s path. What’s your take on this?

Hopefully, the authorities will get to the bottom of this issue and find a solution for it ASAP. 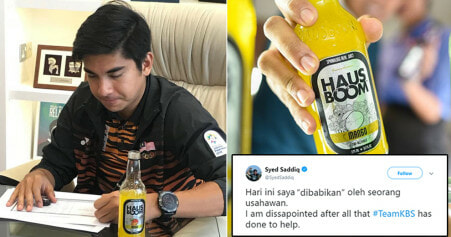