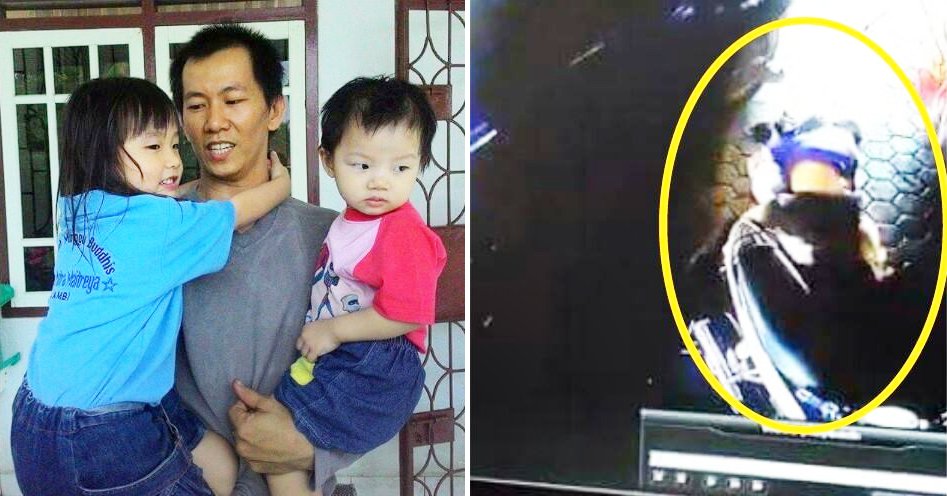 Fathers are truly the best superheroes in the world. No one can beat a dad when he is in ‘protect my kids’ mode.

And one awesome father who showcased his super powers was Zuki Chen Azm who save both his toddlers from an out of control car, Jakarta Coconuts reported.

Just a week before Christmas, Zuki was repairing his motorcycle with his two children playing outside the garage  in Jambi City’s Kebun Kopi neighborhood.

The father even had his back against his kids but he turned back just in time to noticed the on-coming car and then heroically pulled them away!

He quickly lurched forward, grab each kid with each arm and leaped into a backward roll to escape the dangerous path of the car.

All just in the nick of time! Real life superhero in daddy-disguise I’d say.

Netizens who watched the clipped hailed the father as a superhero.

Anwar Sutanto Chen, Zuki’s relative as well as the owner of the garage, decided to upload the CCTV footage onto Facebook which gained traction very quickly.

Zuki’s amazing reflexes and heroic action garnered over 6.2 million views as of press time and more than 91,000 shares!

It seems like the driver lost control of his vehicle after suffering from an epileptic seizure.

Many people shared the video because they were in so much awe at the father’s quick action.

“He grabbed both kids !! Amazing!“

Worried friends and family, and even strangers poured into the comments section asking about the well-being of the children. To respond, Anwar posted pictures and videos of the children playing happily away.

Seriously, could you imagine what would’ve happened if not for that split-second heroic saving? We’re glad that this family didn’t have to go through a heartbreaking tragedy, but had the happy ending they deserve.