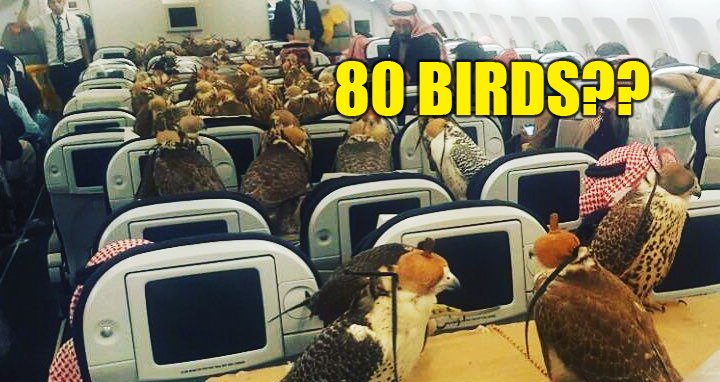 The Saudi Princes are well known to spend lavishly on luxury items such as sports cars and private jet-planes. However this one Saudi Prince decided to do things a little differently.

A Redditor that goes by lensoo recently shared a very unusual photo of an airplane cabin full of an absurd number of birds. The birds seems to be travelling on the airplane, each of them with their very own seats. 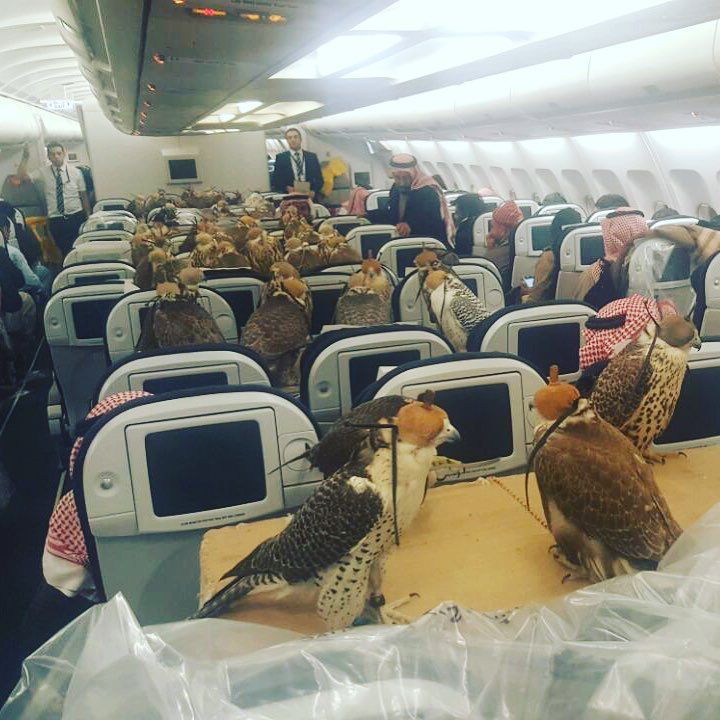 The photo is reportedly sent by the friend of the redditor who’s a pilot captain. He states that a Saudi Prince has bought 80 tickets for his 80 birds. Upon closer look, the birds are identified falcons, a large bird of prey.

While it is not uncommon to spot odd animals on plane, such as pigs, dogs and turkey that some passengers claim to be ’emotional support animals’, 80 falcons seated on multiple rows of the plane is sure to turn heads and confuse passersby. 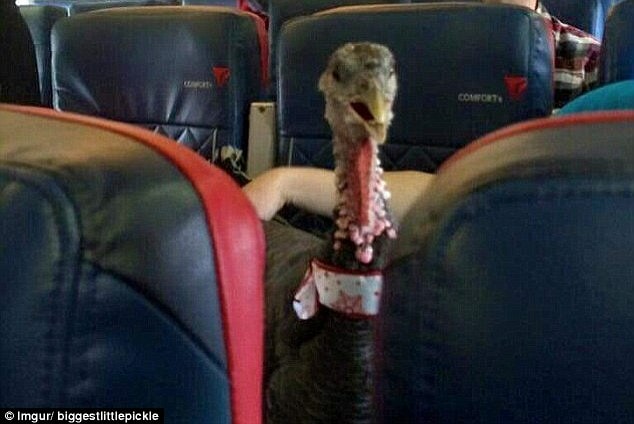 However strange it might be to some of us, seeing falcons on the plane isn’t a rare occurrence. Falcons are popular in the United Arab Emirates and at least one airline, Etihad Airline, has designated policies regarding falcon-related travel.

“We accept the carriage of falcons in the main aircraft cabin provided that all the necessary documents have been obtained. We also accept falcons as checked baggage.”

Falcons have long been associate with a sign of privilege and also prominent social status in area like Saudi Arabia. However, it has not been clear why the army of falcons were needed by one person. To show how much this man is balling maybe?