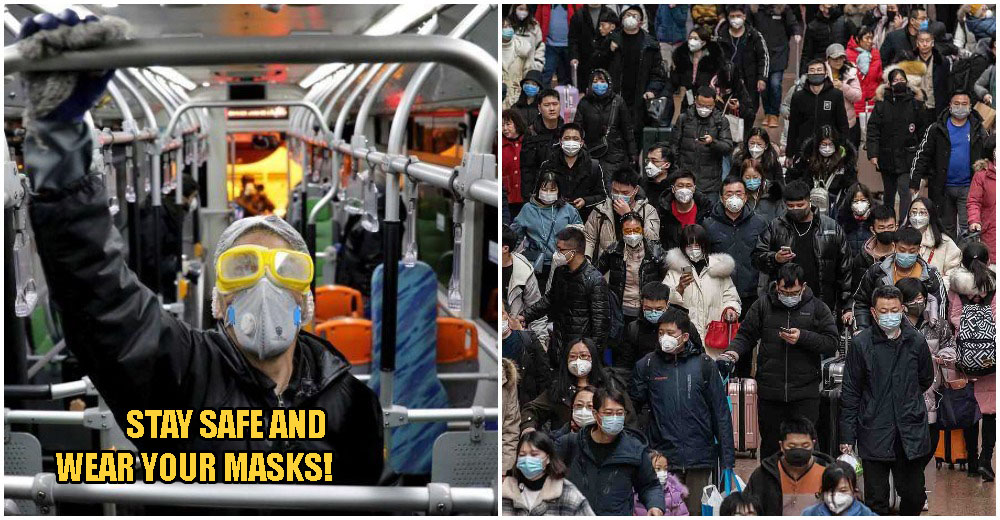 There’s no doubt that the whole world is currently in a state of panic over the second wave of the Covid-19 outbreak. The virus that originated from Wuhan, China has now spread to the whole world. A recent study in China showed how the virus spreads exactly from one person to another and it serves as a reminder to the rest of us to be more careful when travelling in public areas.

The World Health Organization has advised the public to maintain at least 1 metre of distance between yourself and anyone who is coughing or sneezing. However, in a recent study by a team of Chinese government epidemiologists, it was found that the virus can linger in the air for 30 minutes and also travel up to 4.5 metres which is obviously further than the recommended “safe distance”. 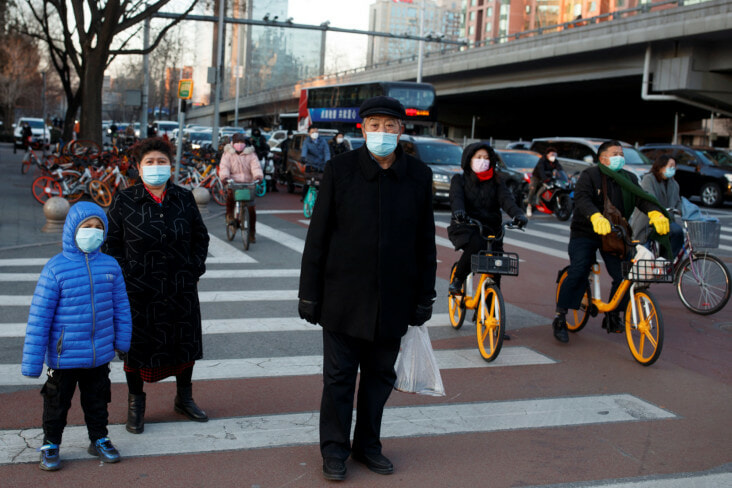 According to South China Morning Post, the research also stated that the virus could survive for days on any surface where respiratory droplets land. This is worrying as we’re at risk if we were to touch these contaminated surfaces and proceed to touch our faces. The length of time it lasts on the surface depends on factors such as temperature and the type of surface, for example at around 37°C (98°F), it can survive for two to three days on glass, fabric, metal, plastic or paper.

The research was based on an outbreak that happened on 22nd January this year where a Patient Zero who already exhibited symptoms of the virus boarded a long-distance bus coach in Hunan which also happened to be fully booked. At that time, the patient did not realise they were infected. 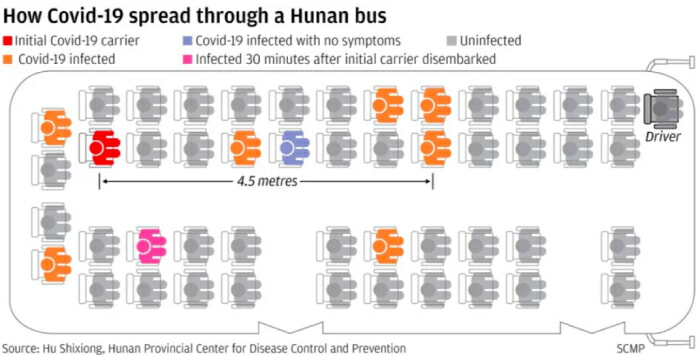 In the visualisation above, it can be seen how the virus travelled from the infected person to a person sitting as far as 4.5 metres ahead. This happened before China declared the outbreak as a nationwide crisis so the patient didn’t wear a mask nor did the most of the passengers or the drivers.

“It can be confirmed that in a closed environment with air-conditioning, the transmission distance of the new coronavirus will exceed the commonly recognised safe distance.”

By the time the bus stopped at the next city, seven passengers have already been infected with the virus. The virus is spread by aerosol droplets or tiny particles breathed out by the infected passengers and spread to others who breathed it in.

“The possible reason is that in a completely enclosed space, the airflow is mainly driven by the hot air generated by the air conditioning. The rise of the hot air can transport the virus-laden droplets to a greater distance,” said the paper. This study isn’t intended to scare you but just a reminder to wear your masks whenever you’re in a public place and also to wash and sanitise your hands.

We’ve seen the impact of this virus and at this point, it would be foolish to not follow this hygiene advice. Also, if you suspect you have symptoms for the virus, cancel all travel plans immediately!

Also read: Coronavirus: South Koreans Queue Outside Supermarkets At Midnight For Masks As Cases Climb To 6,000 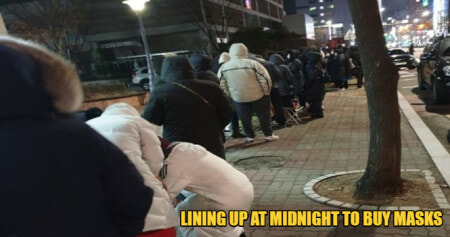