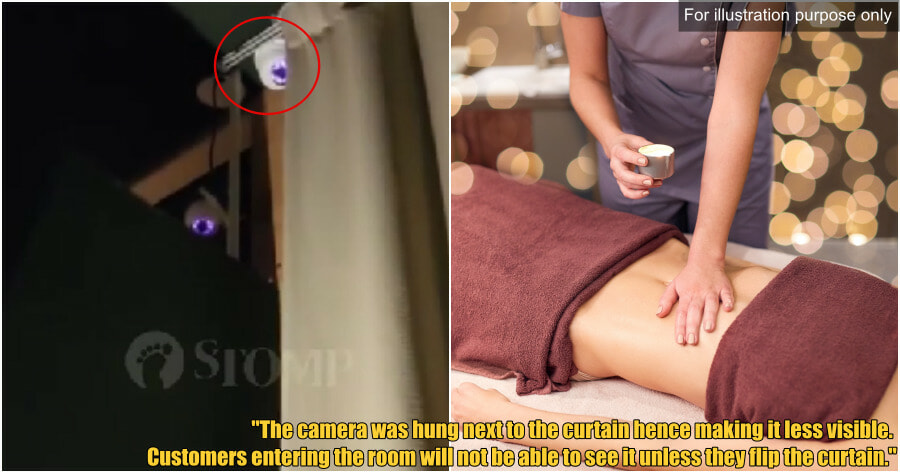 A Singaporean woman was recently traumatised after she had spotted a CCTV camera in the private room of a massage parlour she visited at a mall in Johor Bahru.

In an interview with Stomp, she explained that the incident happened on June 16 of last year, when she was at the mall with her husband and father-in-law when they saw a newly opened wellness spa. 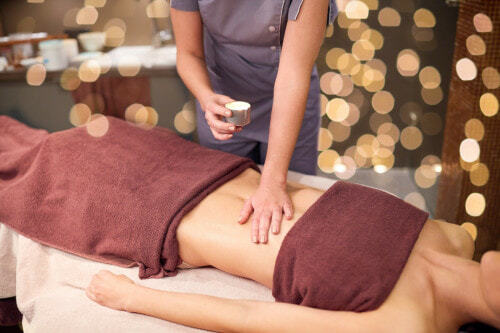 “My husband, father-in-law and I paid for a foot and oil body massage session,” she said.

“After the foot massage, we were directed to our respective private rooms to undress and get ready for the massage. I took off my clothes and when I wanted to hang the clothes on the hanger provided, I noticed a red light flashing in the corner of the room.”

“I turned to my left and saw a CCTV camera. The camera was hung next to the curtain hence making it less visible. Customers entering the room will not be able to see it unless they flip the curtain,” she explained.

She then screamed for her husband who immediately ran into the room.

Was told that it wasn’t working

“I quickly put my clothes back on. My husband called the management team of the massage centre. They insisted that they did not know there was a camera in the room. We were told that it was not working,” said the woman.

She then said that when her husband asked to see the recording, the staff refused. Her husband then immediately rushed to the payment counter to see if there was any ongoing recording where there was indeed CCTV footage of the room and that the CCTV footage showed all movement in the massage rooms. 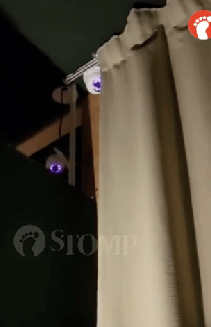 “The management team said they would make sure the footage was deleted and begged us not to file a police report. We ignored their pleas and called the police. I took some pictures and videos as proof,” she added.

Meanwhile, she said that the management kept on insisting that they will delete the footage hence she need not worry about the video being circulated. “I warned them not to tamper with evidence.”

“Upon reaching Larkin Police Station, the manager of the massage parlour was already there. I spoke to Investigation Officer (IO) and was told by the IO that the manager came to hand over the hard disk and the management team had already deleted the footage,” she wrote. 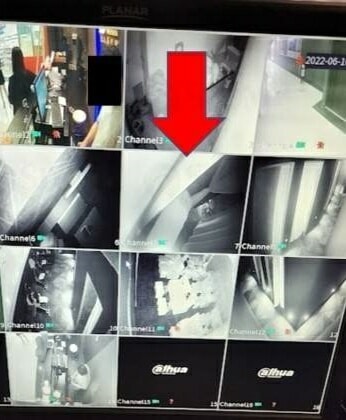 She then told the IO that she wants this case to be investigated as she was not sure if the hard disk given to the police was the actual hard disk or if there were any copies of the footage.

“I do not know if the Larkin Police Station made any further investigation on this case. I’m not sure how many customers have been recorded secretly before me. I hope Singaporeans will be more careful when going for a massage in JB.”

“Since this happened in Malaysia, the Singapore police are not able to do anything. So the best I can do is to warn Singaporeans to be careful and check the room before undressing.”

In another report, the owner claimed that he did not know about the camera. He told Shin Min Daily News that he was unaware of the camera’s existence at the time and that all the cameras were left by the previous owner.

“We were not familiar with the security system. We didn’t even know that there was a camera in the massage room. It must have been blocked by a curtain before as the monitor was always white. It wasn’t until the customer opened the curtain that the bed could be seen by the camera.”

He said he had tried to explain and apologise to the customer, but she refused to accept his explanation and apology.

After the incident, the company has since replaced all the cameras left by the previous owner. 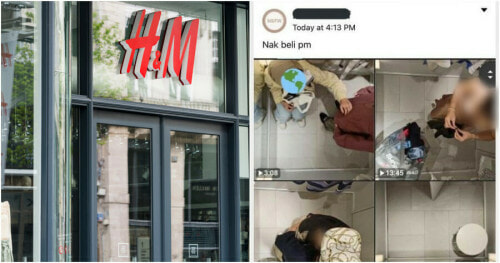