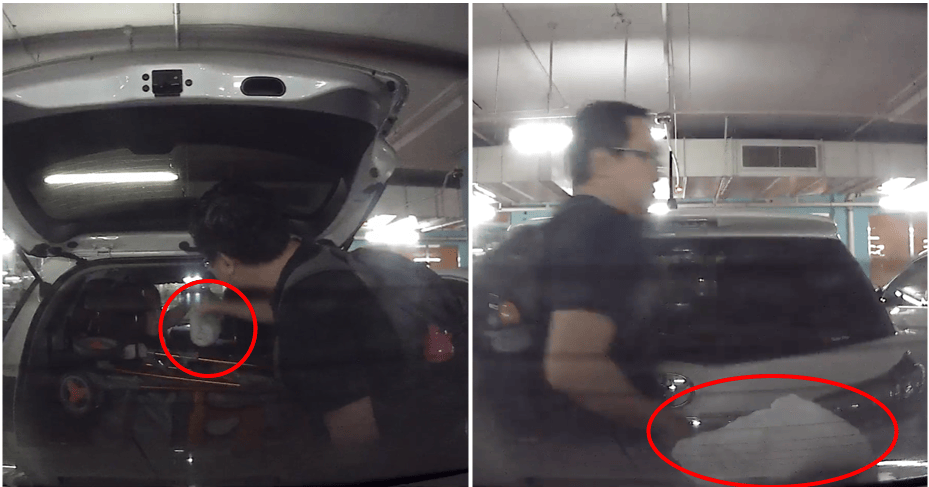 Remember, if you think you can get away with anything these days, think again. We are living in a time where cameras are everywhere. One foul move, no matter how small it is, if a camera is recording you, prepare to land yourself in a shitty situation.

Recently, Jonathan Lee shared a video taken from his car’s dashcam showing a man casually throwing a used diaper onto his car with finesse. According to Jonathan, the incident happened at Tampines Mall at about 1.42pm on 24 August (Saturday).

From the video, you can clearly see the man putting his child’s stroller at the trunk of his vehicle, before a hand, presumably the wife’s, passes him a used diaper for him to discard.

He then shut the door, took a glance of his surroundings and casually threw the diaper on top of Jonathan’s car behind him before driving off. Unknowingly, his actions were being recorded by Jonathan’s dashcam. Jonathan wrote in his post,

“If you want to do such disgusting things, make sure no one is around. In this case, your luck ran out because you met me. You want to be famous? Let’s make you famous.”

Met an inconsiderate driver who threw his child's used diapers onto my car. After doing his deed, he took a 2nd look and…

Jonathan has also shared that he has made a report to the authorities with regards to the matter. We want to remind our readers that whether there’s anyone around or not, it is not acceptable to litter anywhere. Please dispose of your unwanted things in the designated areas because someone is bound to record you! 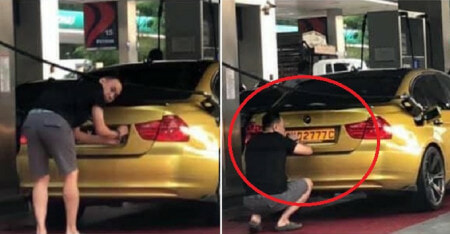