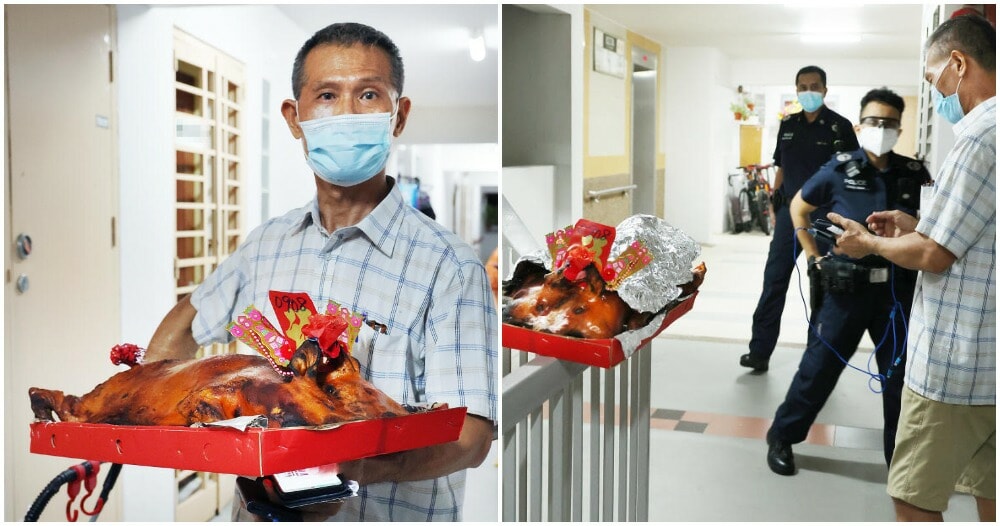 Some pranks are hilarious but when it results in another person’s despair, then it is definitely NOT funny and should NOT be supported.

Recently in Singapore, a roast meats vendor named Hu Shi Ming, 58, suffered losses in terms of money, time and energy when he received a prank order.

It was reported by Shin Min Daily, that Mr Hu received the order from Li for the suckling pig worth SGD188 (RM580) on 16 November and it was to be delivered the next day to an apartment unit in Tampines. Li insisted on paying by cash when the product was delivered, Mr Hu was reluctant but Li said that he can call the police if he doesn’t pay. As business was bad, he took up the job. 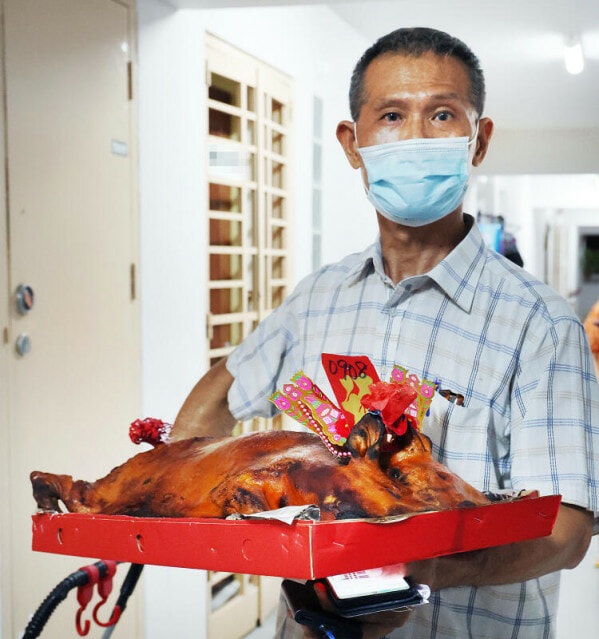 Come 17 November, he went out for the delivery and when he arrived he saw no one. Mr Hu told Li that he was outside and Li told him to wait there. An hour went by, then two then four, Mr Hu waited outside the unit for four hours and Li did not answer his calls until Mr Hu called him using another number. Li told Mr Hu to collect money from the maid in that unit.

However, after a reporter from Shin Min Daily questioned the residents in the area, it turns out that a Malay widower lives in that unit with his maid. Alarmed, Mr Hu then called the police. 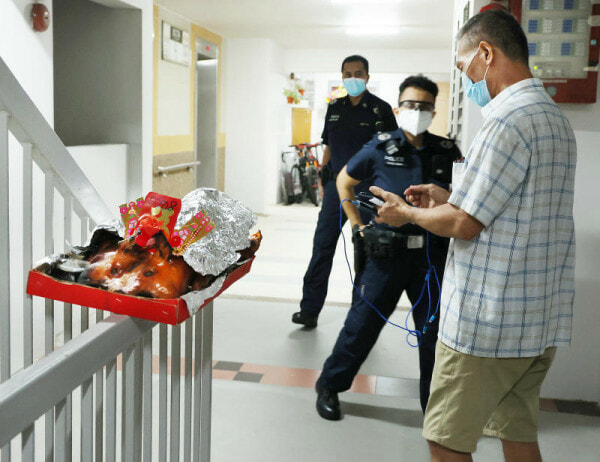 The reporter also said the WhatsApp number that made the order is linked to a business that offers “financial services”.

“This is my hard-earned money, how can they do this?”

It is said that the police are investigating this case. 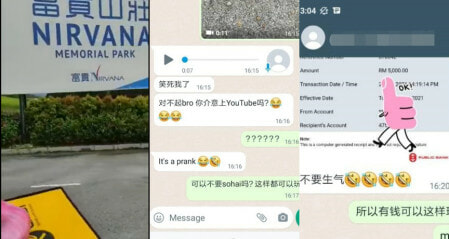