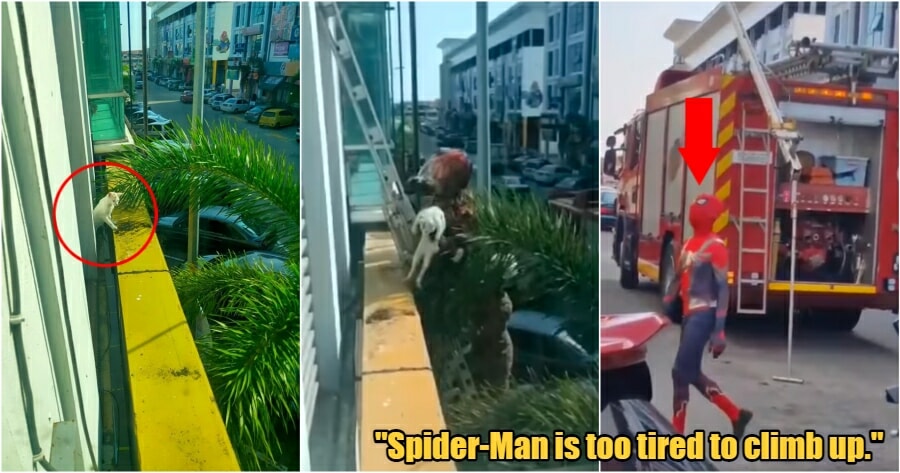 Our firefighters have always gone above and beyond to help save not just community members in trouble but also our furry friends that are in need.

But, even they sometimes might need a little help…from superheroes?

Recently, Syarikat Gunong took to their Facebook page to showcase how ‘Spider-Man’ had showed up and ‘supervised’ the scene as our firefighters were rescuing a cat from a building’s signboard. 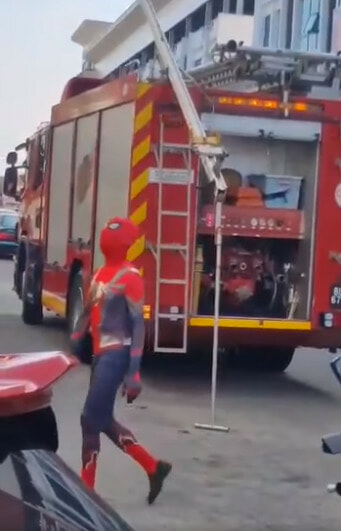 In the caption they wrote, “A mission to save a cat that was stuck on the Syarikat Gunong building, with firefighters and Spider-Man. Thank you, abang bomba from Taman Tas. The best!” 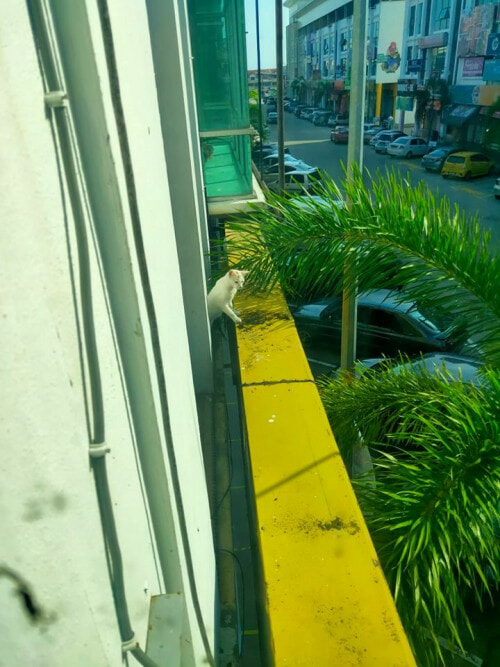 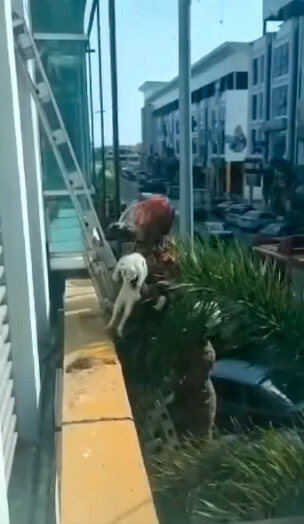 While Spider-Man watched over the scene from below and showed moral support, the firefighters climbed a ladder and managed to get the cat down.

Although Spider-Man was simply there for moral support, some users believed that he didn’t help with the situation at all.

“Why is Spider-Man just watching? Climb up la,” commented one user.

“Spider-Man is too tired to climb up.”

Even though he didn’t exactly help the firefighters with the rescue, we’re sure that his moral support was more than enough for our abang-abang and kakak-kakak bomba!

You can check out the video below: 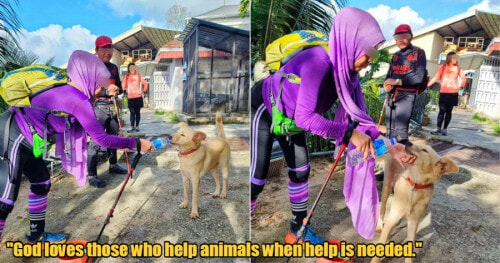