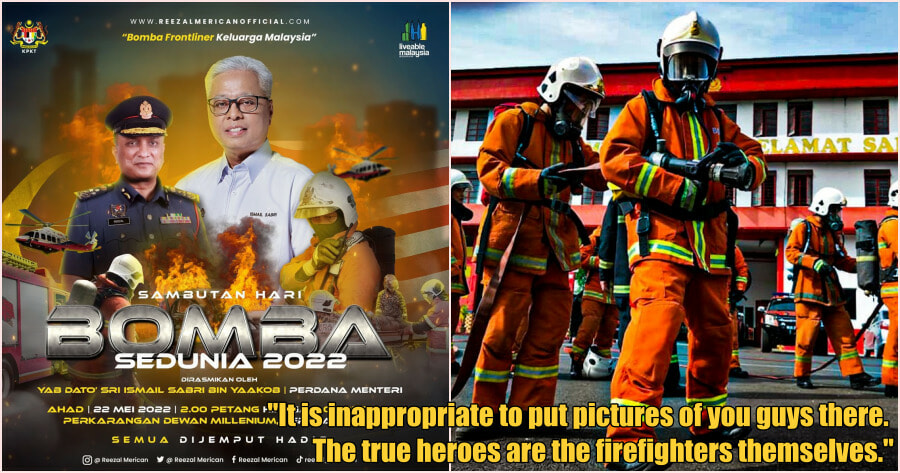 Recently, Housing and Local Government Minister Datuk Seri Reezal Merican Naina Merican shared a poster reminding the public that this coming 22 May will be ‘Hari Bomba’.

In a Twitter post, Reezal wrote, “Appreciating their service, Remembering their devotion and nature, those who are always ready to break a sweat.”

“I invite all of ‘Keluarga Malaysia’ to show our appreciation to our heroes in red by celebrating ‘World Firefighters Day 2022’,” he added.

Reezal also stated that the event will be held at Millennium Hall, Kepala Batas, Penang this Sunday at 2:00pm and will be officiated by Prime Minister Datuk Seri Ismail Sabri Bin Yaakob.

The poster has drawn widespread backlash as netizens pointed out a couple of things that seemed odd about it.

One netizen pointed out that having the Malaysian flag as the background with flames around it makes it seem that Malaysia is in a state of chaos.

Meanwhile some highlighted the poster’s appearance and even compared it to a film’s poster. “Is there a trailer? I can’t wait to watch this film,” commented a netizen sarcastically.

“Did an intern make this graphic?” asked a user.

Where are the firefighters?

On the other hand, users also criticised the poster for appearing to feature more of the Prime Minister instead of the actual firefighters.

“Where are the firefighters?? What’s the point of upping your own picture??”

“It is not appropriate to put pictures of you guys there… the true heroes are the firefighters themselves,” said a user.

Another user commented, “The ones that risk their lives and energy are the firefighters themselves. Why are politicians nosy and want to be put on the poster… please stop the culture of praising politicians. The ones that sacrifice themselves for the country are the ones in public service.”

What do you think of the poster? Let us know in the comments.

Also read: Online Petition Has Been Launched To Get Tajuddin’s Appointment as Ambassador To Indonesia Revoked 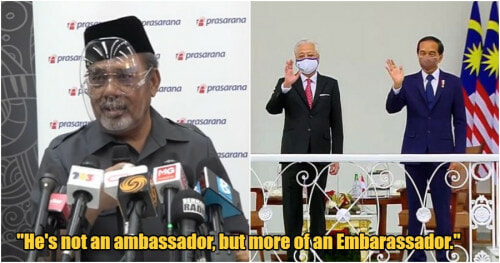