In a recent dashboard cam video captured by Mr Leon, a white Myvi bearing the registration plate W** 900 was recently put under the spotlight.

The video shows the Myvi driving recklessly along the LDP, chasing a blue Suzuki Swift. The driver was speeding and weaving in and out of traffic.

Seriously wonder if he needed to take a dump real bad or he thought he was riding a kapcai. 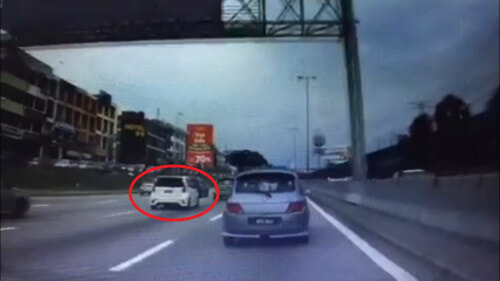 A little further into the video, we see a grey Proton Savvy, which is driven by Soleh Abd Wahab, braking. This was later found to be an evasive maneuver to avoid the Myvi.

Then all of a sudden they all applied emergency braking, which led to six cars hitting each other in a domino-like fashion. 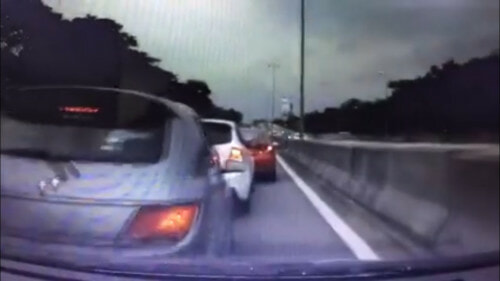 Soleh later got the video from Mr Leon and posted it to Facebook, where he cursed at the driver of the Myvi in true lokal fashion;

This is the white Myvi that caused the multiple car collision involving my car. If want to race also go Sepang la!

[This guy] doesn’t care about causing an accident. Acting like the devil, racing and weaving on the road

Soleh has posted a few pictures with an update on the damage to his car and well, that’s an unnecessary trip to the mechanic, isn’t it? 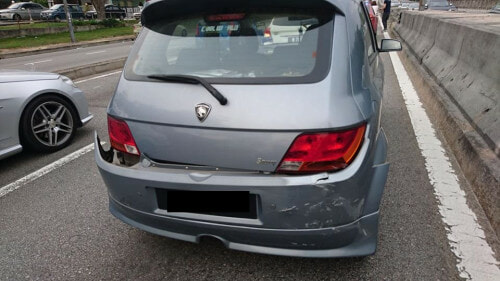 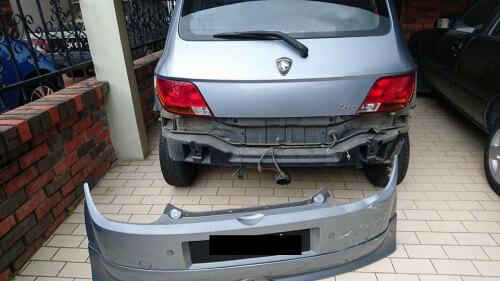 He also stated that Mr Leon only hit his car because the female driver behind him couldn’t stop in time and slammed into Leon’s car.

Thankfully, Soleh, did not ram into the car ahead of him, which would just add to the drama. 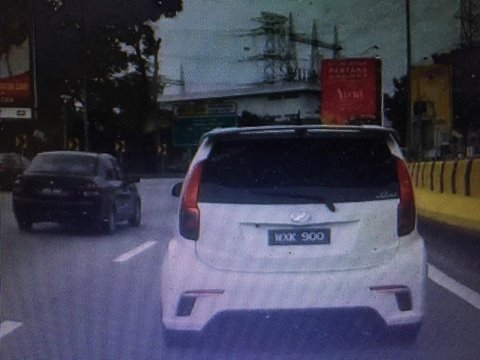 [arve url=”https://worldofbuzz.com/wp-content/uploads/2016/11/myvi.mp4″ maxwidth=”550″]
All of the pictures and videos are from Soleh Abd Wahab’s Facebook post. The quotes are translated from Malay.