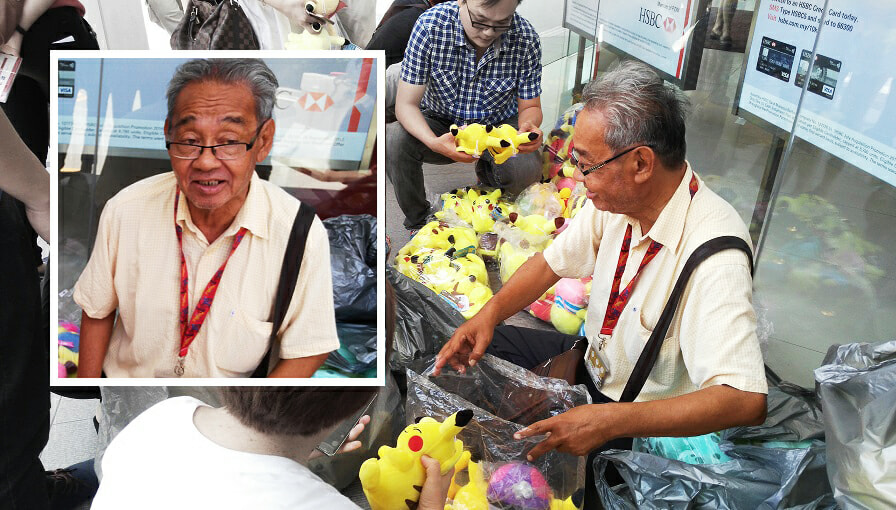 Uncle David aka “Soft Toy Uncle” who sells, well, soft toys/plushies was shot to fame for the second time after a photo of him was posted on Facebook (again).

The picture depicted him alongside his super adorable Pokemons plushes and the post got shared over 18,000 times!

However, with the overflowing support so many kind-hearted Malaysians had given, how many of us actually know this hardworking uncle’s backstory?

Honest, kind and principled. These are the few words that describe Uncle David. Uncle David never takes donations nor wants sympathy from anyone. If any person tries to hand him money, he’d strictly refuse and requests them to support him by buying toys from him instead.

In a casual sharing session with World of Buzz, Uncle David shares with us his story and we must say it was pretty eye-opening!

“Before this I was double my size, very fit. Now I don’t want to think too much and leave it to the hands of God.

“I mean what can I do right? For the last 15 years, everything has been good for me.. in a sense that I was able to bring up my son as a single father.” he said.

But before selling soft toys, Uncle David had a life, a much different one to this one. 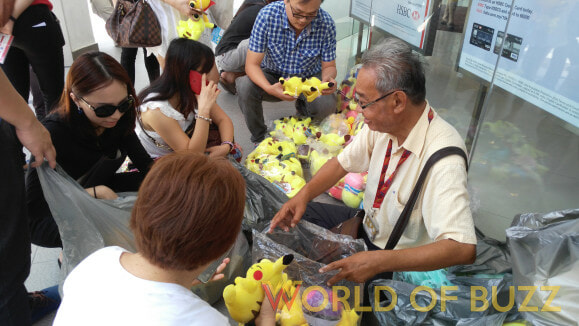 “I married at a very late age because in my younger life, I was a disco manager. I was in the glamour life. At the age of 27, I was managing a pub in Bangsar.

“At 1985, I was managing a lounge in Ampang Park. There was a man who often came to drink with me, but I didn’t know he was actually targeting me to manage Hollywood East, the biggest discotheque in Southeast Asia in 1988.

“But like all discos, they eventually closed down in 1994 and I went to manage Jupiter 8, the biggest disco in Labuan.”

There in Labuan, he met a Filipino girl and fell in love with her.

“I then only got married. You know la, the disco life, where got time to get married, even girls also don’t trust you. Haha, that was my younger days. I’m always very frank with people.

“When I bought a property, I opened a joint account so in case anything happened to me, she didn’t have to suffer.”

Unfortunately, he eventually finds out that his love life was headed towards a tragic ending.

“In 2001, when our son was only 5 years old, no quarrel no nothing, she suddenly said she was going back to the Philippines.

“Because there was no quarrels or anything, I thought something happened to her parents, maybe someone passed away. If she wanted to go back for a holiday, she could have just told me.

She said, “Nothing. I’m going back for good.”

“”What about your son?” I said. “Your son is going to school very soon. I need you to help send him to school, bring him back from school, take care of him. He’s still a child. For the sake of your son, please don’t go. If anything we can talk it out.””

Unfortunately his begs did not get through to her cold heart.

“No.” she said, and it was already boarding time.

“I rushed to the airport.. the plane already took off.

“That means she was planning for the money all along.”

Suddenly left alone to raise up a child, Uncle David did the best a father could.

“I had no choice so I gave up my life as a disco manager to take care of my son.

“I used to sell the toys all over. I would walk around Bangsar, SS2, Sri Hartamas, everywhere.

“I would pick my son who was 5 years old then from school and he would follow me around selling the toys. When people buy from us, he would thank them, “thank you uncle, thank you auntie”.” 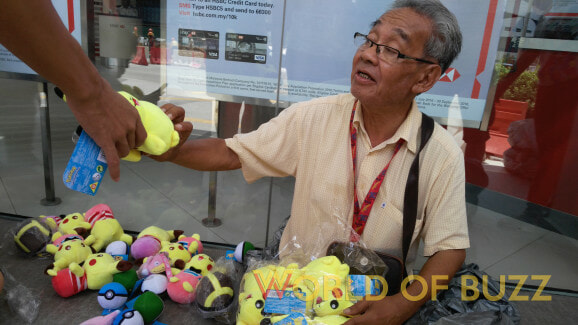 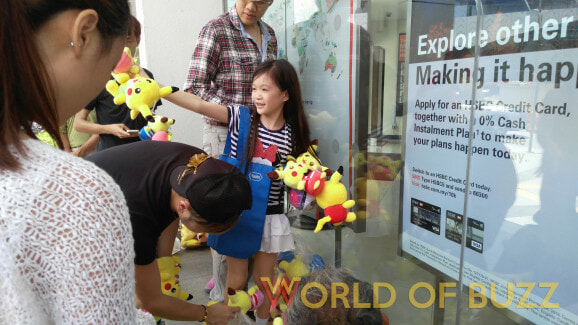 From a little 5-year old boy to a young 20-year old adult, the son worked just as hard as the father and got into HELP university. He then soared even higher after receiving a scholarship to further his studies in the US.

“When he got his scholarship, he thought I wouldn’t let him go, because he’s the only one I have. He himself was also reluctant to go because we were very close and yet he has to travel so far away.

“I told him that, “Of course my heart says no but for your future you have to go.”

“He asked me back, “Daddy, is there’s any other choice?”

“I said, “No boy, you have to go.. because I cannot afford to send you to the US. When you study in the US and found a job there, work there because the future is better.”

Uncle David shares that his son will come back this year’s Christmas to visit.

The hardship faced in life by both father and son only brought them closer together, our hearts go out to the family.

If anyone happened to pass by Damansara Uptown, drop by and say hi to uncle, and support him by buying his toys!

Also read: 21-Year Old Woman Who Was Battling With Cancer Says Her Goodbyes Through Heartbreaking Post 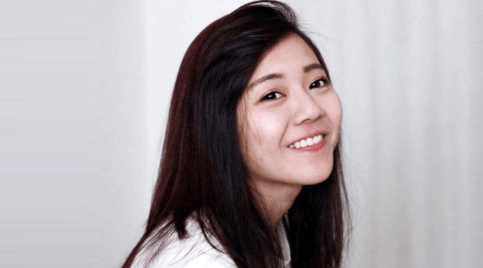