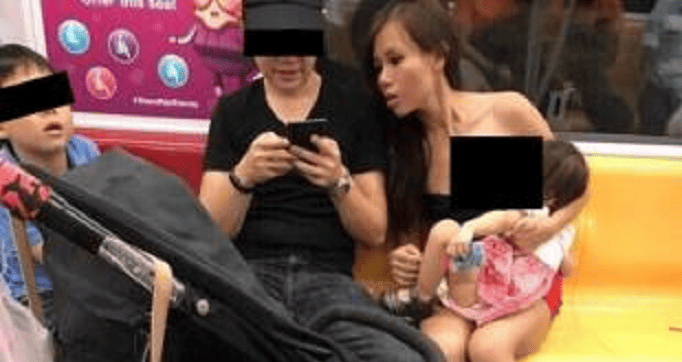 Recently, a photo of a woman on public transport sparked controversy as it quickly circulated among Singaporean WhatsApp users.

The photo shows a woman sitting next to her husband on a train with her left breast exposed as she was nursing her baby daughter. 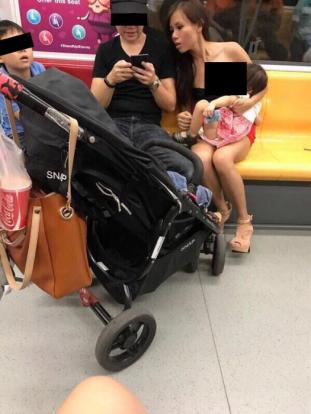 According to Stomp, many users were against her choice of breastfeeding, calling it indecent and that she should have tried to cover herself up more. Some however, were supportive of her decision to breastfeed in public, arguing that she has every right to do so as a mother.

Since the picture garnered a lot of online attention, the woman decided to respond to the public’s comments by posting a public statement on Facebook. She had this to say:

“I know that a picture of me breastfeeding is being shared right now. I am ok with it. Thanks for the concern to all those who have pmed me. Personally, I am not too bothered about it since I don’t think it is wrong to breastfeed in public.” 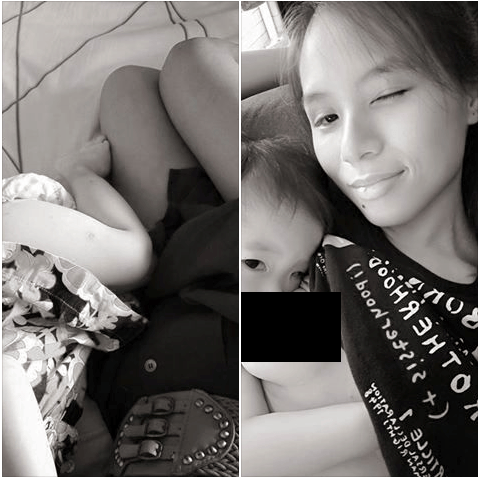 She even addressed some netizens’ complaints about her not covering up while breastfeeding.

“I have a nursing cover, but my girl will cry and struggle when I use it. Those who suggest using a cover should try eating or drinking under a cover and see if you like it or not.”

The woman went on to comment on society’s double standards when it comes to perceptions about breasts, saying,

“I just want to dress up and be a normal woman while still being able to take care of my kids and their needs. If people are ok with women who show cleavage, I don’t know why they would not be ok with me breastfeeding. Unless these group of people think my breast is for sex and not for feeding my baby.”

Many users reacted positively to her statement, supporting her decision to nurse her baby in public.

Recently, many young mothers have tried to combat the stigma against breastfeeding in public in a movement that is gaining momentum across the globe. They want the world to realise that breastfeeding isn’t “indecent” and that breasts shouldn’t be seen as purely sexual things.

More power to them! 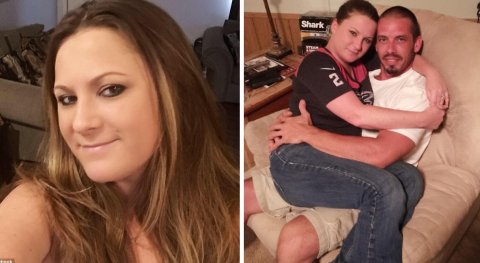