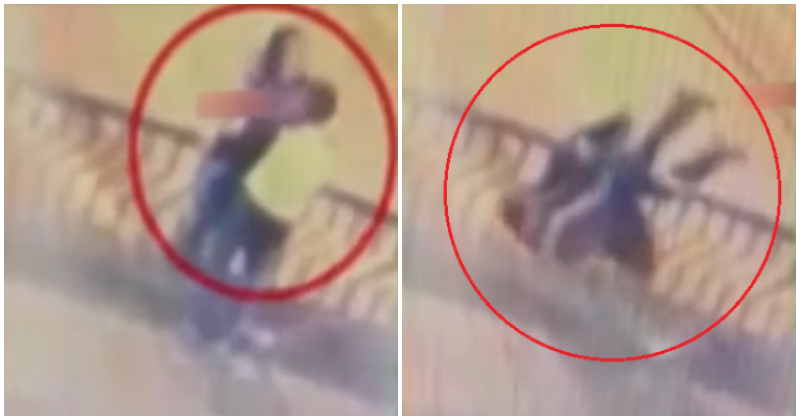 Ladies and gentlemen, always remember that when it comes to drinking alcohol, be careful and be aware of your surroundings. For at any unexpected moment, tragedy may strike.

A couple in Lima, Peru, were caught on CCTV footage heavily kissing each other as they leaned against the railing of an overhead bridge. What’s shocking was the fact that they were 50 feet above the ground, but the woman decided to sit on the thin railing as the man leaned into her.

After awhile, the woman lost her balance and started tilting a little too far off the bridge. The man, in attempt to pull the woman back up ended up losing his own balance as well and the duo fell off the bridge.

Peruvian news portals reported that the woman had passed away while on the way to a hospital while the man had died in intensive care as doctors tried to treat his fractured skull, as reported by Lad Bible.

The man’s brother revealed that the couple were drinking at a pub nearby before the incident had happened.

Please do be careful when it comes to drinking, guys. Also, never attempt dangerous stunts like this!

Also read: Couple Sleeping at Roadside Were So Drunk That Man’s Shout Couldn’t Even Wake Them Up 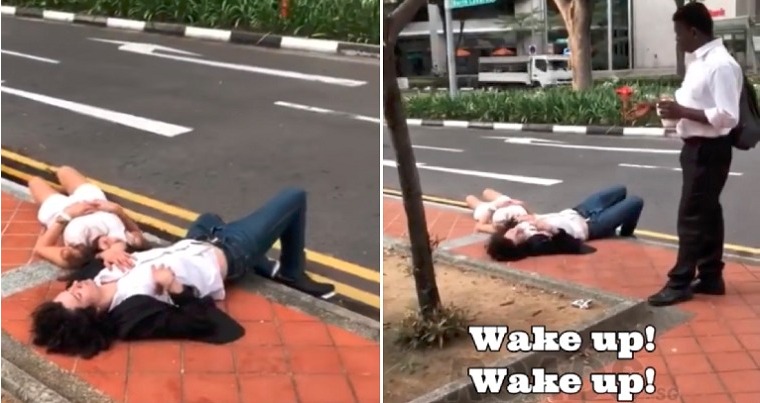