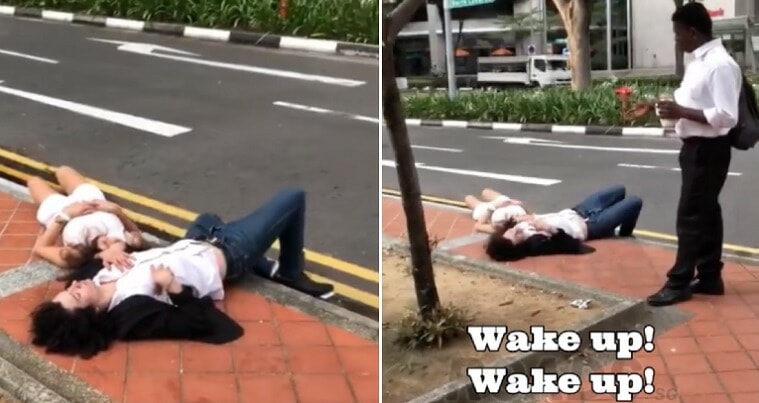 Chilling out with your friends after a long week at work is pretty understandable but do know your limits when you’re drinking because no one likes to take care of a super drunk person. Pity your friends lah! It looks like this couple in Singapore had a rather good night out over the weekend and ended up getting way too intoxicated. 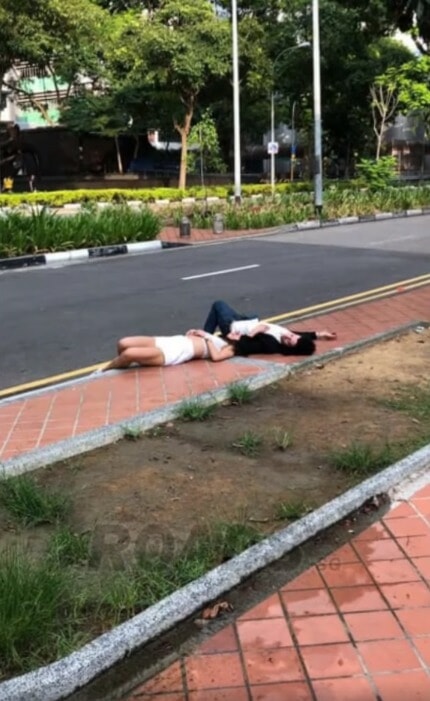 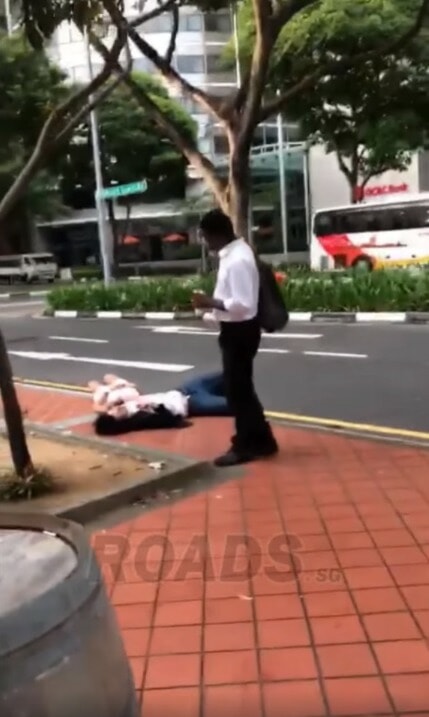 A video uploaded by ROADS.sg has circulated on the internet, showing a couple lying on the roadside and looking like they were drunk. Apparently, they had been drinking along North Canal Road before ending up asleep on the curb, though there are no details on why they decided it was a good place to sleep. The incident is believed to have happened around 9am on June 30th. However, it looks like a kindhearted person saw them and decided that sleeping on the roadside like that was too dangerous, so he tried to wake them up.

The man, who is a Regimental Sergeant Major (RSM) shakes the drunk man but it doesn’t work. He then tried to rouse them like his military boys and said, “Wake up! Wake up! 9 o’clock already. FALL IN! You sleeping on the roadside you know, (it’s) dangerous.” While this may have proved effective for young National Service boys, it didn’t work so well for the couple, who ignored him. 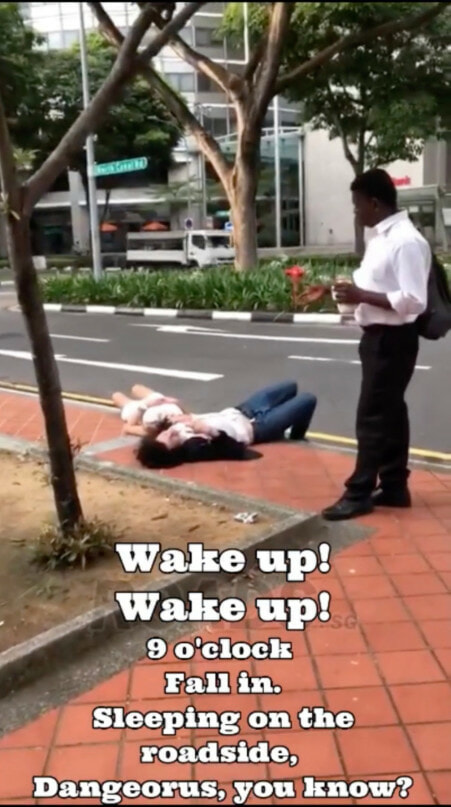 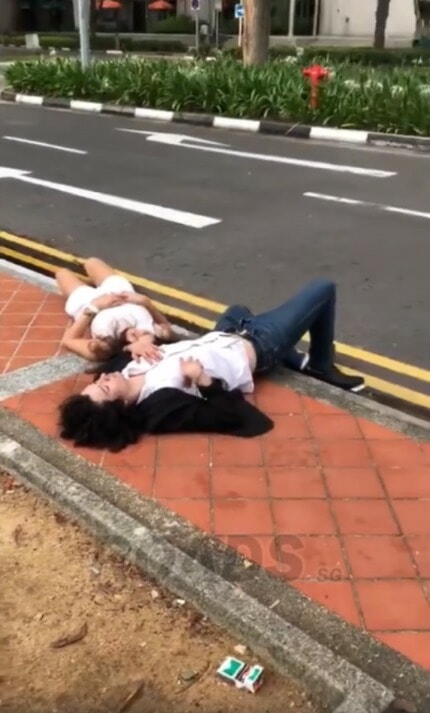 Shaking his head. the RSM talked to the cameraman, who found the situation rather hilarious. The cameraman says, “Terrible lah, they’re drunk!” The RSM agrees and shakes his head while both of them commented on the couple’s drunkenness.

Based on the post, they mentioned that a police car came 10 minutes later and attended to the drunk couple. While Singapore may be a safe country and the drunk couple look unharmed, they are being a hazard to other road users as their legs were protruding out from the kerb. This could cause accidents for motorists who do not realise they were there. Netizens were commenting about the incident and saying that Singapore was indeed a very safe place as they could sleep on the roadside peacefully.

Singapore is a safe country. Morning also got wake up call, by Police somemore.Couple slept through the night along North Canal Road after a night of drinking. Then the RSM(Regimental Sergeant Major) came to check on them. He went to the guy and said:Wakeup! Wake up! 9 o'clock already. FALL IN ! You Sleeping on the roadside, you know, dangerous.Finally, 10 minutes later a police car came and attended to this couple.Happened on 30/6/19 at about 9.00am along North Canal Road.Note: Drivers must be especially alert with this kind of situations where drunkards lay on the roads with their legs half protruding onto the road.

Also read: Man Gets So Drunk He Lost His Keys, Turns Out He Swallowed Them Instead 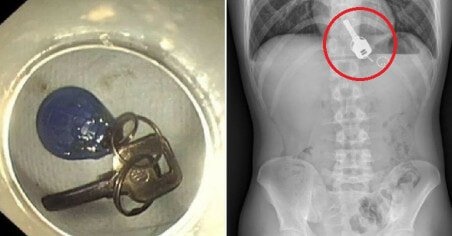