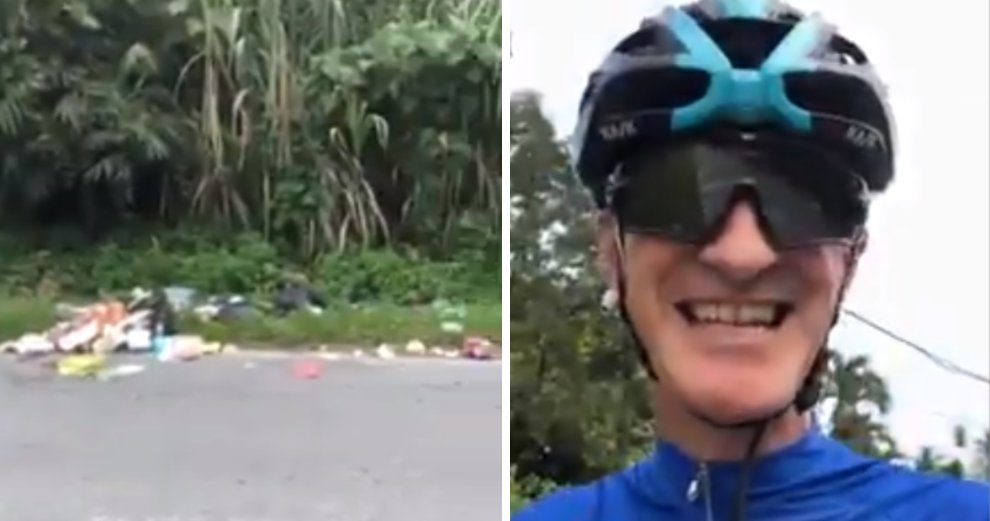 Ah Malaysians. Although several attempts have been made by both the authorities and fellow Malaysians to inspire the public in general to start picking up after themselves, we have to acknowledge that we do have a littering problem in our beautiful country. From backlanes in the city to narrow kampung roads, there are barely any places left unsoiled by some plastic bag or the other Malaysians have simply discarded there in irresponsible laziness.

The problem has become so bad that even visitors to our country are starting to notice, as shown by this video posted by Twitter account Kuala Lumpur Reporter, showing a presumably British cyclist pointing out a mound of rubbish that was left on the side of a road near a kampung. One bag of rubbish appears to have ruptured, and the contents have spilled out onto the road proper.

Old habits die hard! A foreign cyclist is shocked to see the whole road in an unknown location in Malaysia is literally littered with rubbish! He said the ‘dirty bastards’ should pull their act together and stop littering beautiful Malaysia. The local councils should act now! pic.twitter.com/iBXAlj6jON

In the video, the cyclist says, “If you know the local council, do us a favour and get them to clean up the bloody rubbish up? What dirty bastards would leave rubbish like that right in the middle of the countryside? This is really unacceptable.”

He then goes on to show the otherwise picturesque village, and says that he wishes all Malaysians could spend four weeks in Switzerland in order to see that our littering is truly a problem, and says that littering there would mean a fine of approximately RM1,000. Unfortunately, however, Malaysians did not take well to being lectured, and told him to ‘go home’ if he didn’t like it.

Some even tried to bring up the mountains of unrecyclable rubbish sent to Malaysia by so-called first world countries for recycling, but cooler heads explained that while that may be the case, the litter imported here has nothing to do with our own litterbug problem, and we all have to learn to clean up after ourselves.

We certainly think this cyclist has a good point! We have to be responsible for our own bad habits, and that means instilling a culture of cleaning up that starts at home. Our country is a beautiful one and doesn’t deserve to be treated this way!

Also read: 12yo Boy Picks Up Rubbish at KL Public Park, Scolds Elder Brother for Taking Video Instead of Helping Out 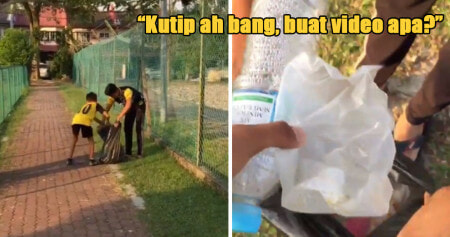