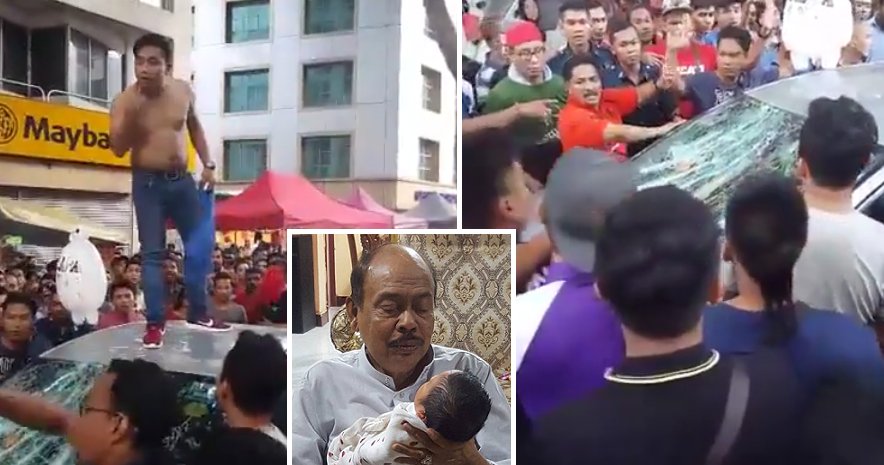 A 77 year-old senior citizen was set upon a mob following a minor traffic accident at a Ramadan bazaar in Jalan Masjid India, Kuala Lumpur on Monday, and fled after men started to bash him.

Just watching the video captured will make your blood boil:

According to reports by the Sun and Harian Metro, the victim was driving slowly along Jalan Masjid India around 7.20pm that day, when suddenly a motorcycle veered into his path and halted.

“The senior citizen was unable to evade in time and knocked into the rear of the motorcycle.

“While attempting to inspect his car, he (the victim) was attacked by 10 men who started to bash him and damaged his car before fleeing,” Harian Metro quoted Kuala Lumpur CID chief Rusdi Mohd Isa as saying. 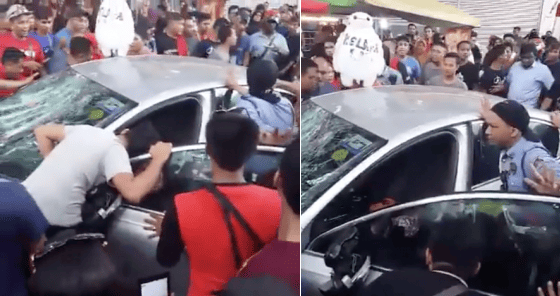 The incident caused a riot and chaotic crowd to surround his car. The angry men even took to smashing both his front and rear car window! Imagine how terrified the poor grandpa must be 🙁

There are some who sided with the angry mob and said that the elderly man DESERVED it, “Old fart with expensive car thinks he can drive into any place he likes (I have met too many of such idiots in Tmn Connaught). Padan muka dia. Dah kira nasib baik tak kena pukul teruk.”

It was said by the son of the victim himself that the topless man who jumped on the car was trying to help the elderly man by shouting at the mob to back off. 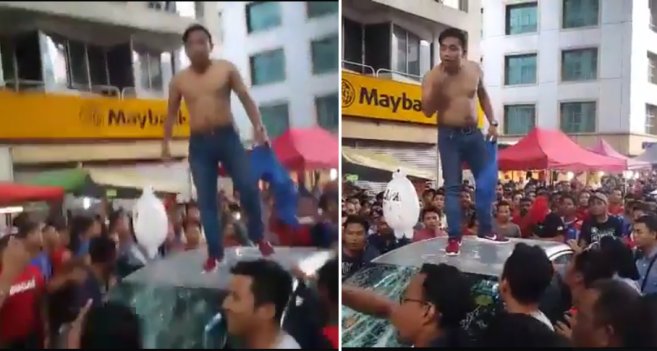 The video also depicted Kuala Lumpur City Hall enforcement officers who arrived to defuse the situation in order to clear the path for the smashed up vehicle to leave.

Despite having several enforcement officers on the scene, the mob did not back off. Many Malaysians were outraged as to how ineffective the officers were, because instead of defusing the situation, the angry mob was undeterred. 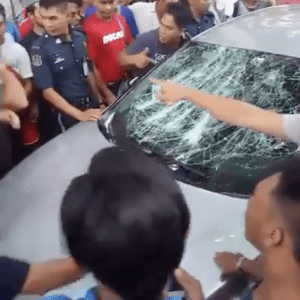 Comments on the Facebook video have poured in the thousands, with many shocked at how the situation was handled, and the lack of empathy towards the victim.

Hooliganism is never the answer, but rather, the very problem.

The victim’s son has come forward on his Facebook page, and shows much better character than the hooligans:

We at World of Buzz reject uncivilized behaviours but encourage unity regardless of race, religion and creed. We would like to wish our readers a Selamat Hari Raya!