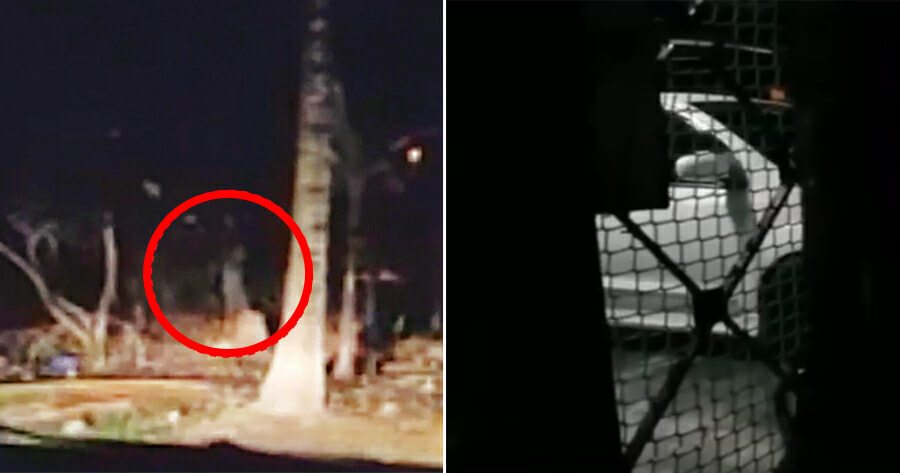 Over the past week or so, villagers in Taman Air Manis, Sabak Bernam have been experiencing supernatural occurrences like unusual sounds of objects being thrown about and knocking of doors even though no one was there.

One viral video managed to record loud and clear knocking sounds on the door of one of the village houses, but upon opening the door, no one was seen.

Other similar incidents were also reported, like how one family witnessed their kitchen door grill being violently shaken for 30 seconds until it opened.

In the latest update on these strange happenings, residents claim that they saw a ‘pontianak’ next to a coconut tree in Kampung Baharu on Sunday (22 November), reported Kosmo!.

The appearance of the ‘pontianak’ was said to have happened at about 12am when a group of residents together with a paranormal expert called Mie, was patrolling the village.

A photo managed to capture the paranormal being standing in the forest. 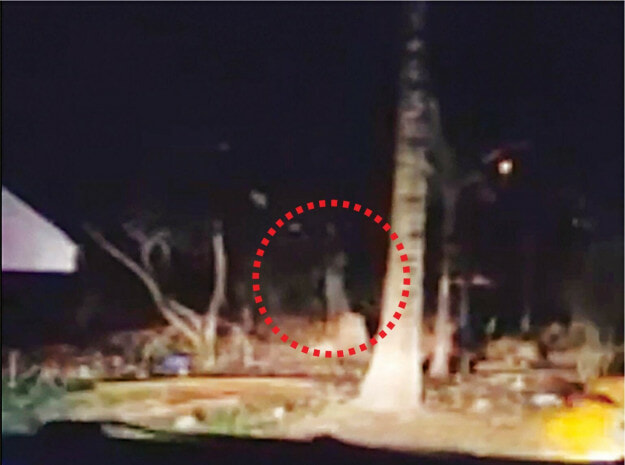 Additionally, residents have also reported that they have smelt foul odours, incense and powder, indicative of a supernatural presence.

Previously, Secretary of Taman Air Manis, Zulkifli Ijoh said he received three complaints regarding the knocks on the doors at the housing estate in just one day, according to Harian Metro.

“The knock on the door that occurred in the housing estate has been going on since November 19. The complaints received at that time were six complaints and it became a total of nine complaints,” he said.

“For that, we regularly conduct patrols to ensure the safety and security of the residents of this housing estate.”

“The surau of this housing estate will hold a Yasin recitation and prayers in the near future. Let us all pray to Allah that this disturbance ends soon.”