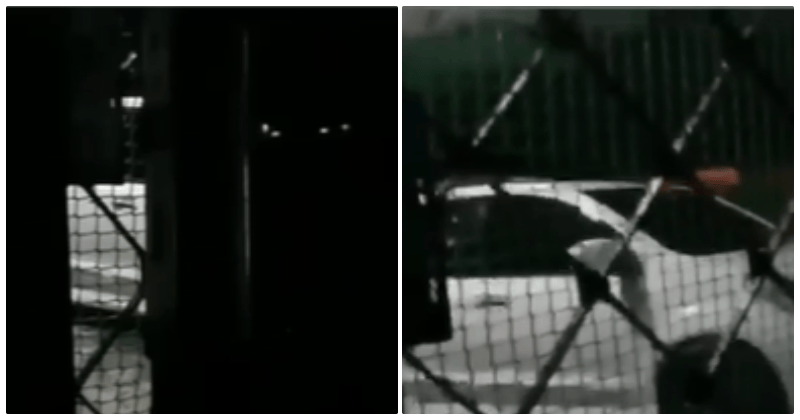 Villagers in the district of Sabak Bernam claimed that their front doors have been knocked on by an unknown entity for several days.

Bordering the supernatural, villages in Kampung Batu 37, Batu 38, Kampung Tengah and Kampung Banting have all fallen for the knocking-on-door incident that took place circa 10pm.

Seeing is believing right? Well, one netizen managed to catch the incident on video, and we’ll let you be the judge of it whether the incident is believable or not.

In the video, the knocking can be heard for almost the whole duration of the video, however, upon opening the door, nobody was there.

What exactly lies beyond the door?

Speaking to Sinar Harian, Chairman of the Majlis Pengurusan Komuniti Kampung (MPKK) Muhammad Nazri Saiman, he has received many complaints about the matter and he too faced a similar incident.

“Almost everyone reported the same incident. We advise members of the public to not open their doors if they hear unfamiliar sounds.”

“Patrols are also being carried out by MPKK volunteers from 10 pm to 3 am.” 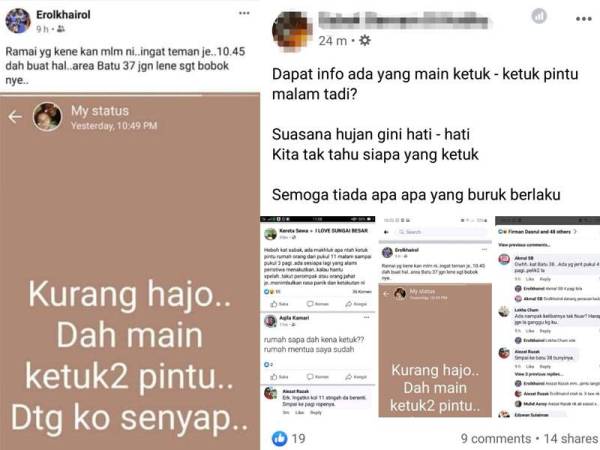 Netizens living in the affected area have also taken to social media to share their own experiences.

“That’s rude. Why all of a sudden ‘you’ start playing with doors?”

Let’s hope that the authorities get down to the bottom of this, and give villagers in Sabak Bernam a peace of mind. 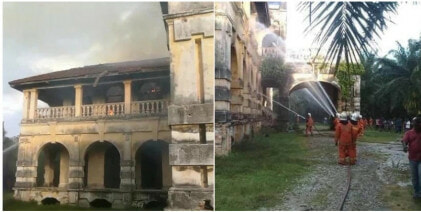