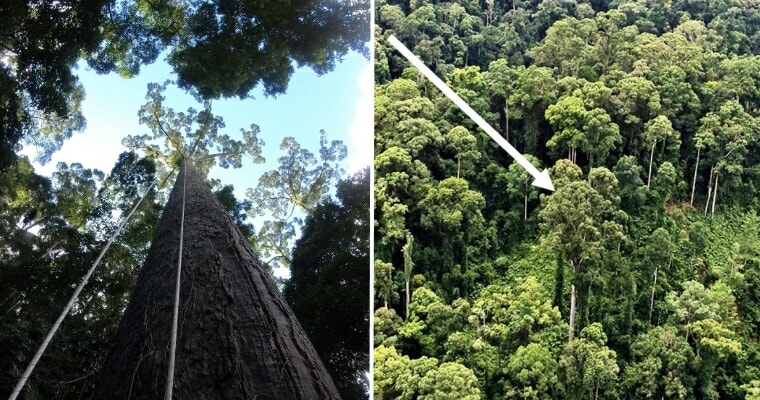 In the previous few years, Sabah has been making waves in botanical circles for their exceptionally tall meranti trees (Shorea faguetiana), particularly on the island of Borneo. In 2016, a massive cluster of meranti trees was found and it set and broke records when its height went up from 88 metres to 94.1 metres in just one year.

According to a report by National Geographic, it seems the record has been broken yet again when researchers headed by the Universities of Nottingham and Oxford working with the SEARRP (South East Asia Rainforest Research Partnership) unveiled their latest discovery – a colossal 100.8-metre tree in  Sabah’s rainforests.

The giant set some pretty lofty records: The first 100-metre tropical tree on record as well as the world’s tallest known flowering plant. Estimated to weigh nearly 82,000 kilograms (excluding roots), the tree would be longer than a football field if it were laid down. Wow! 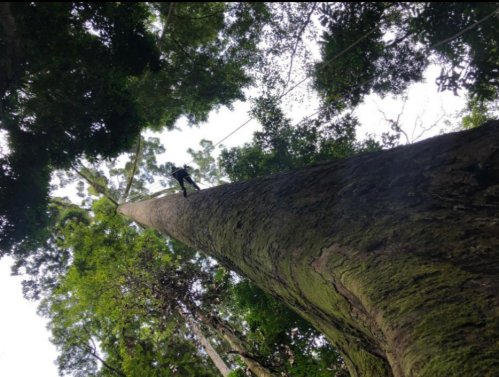 The tree was affectionately named “Menara”.

These humongous trees are all yellow meranti trees that are highly endangered as well as harvested relentlessly by loggers for their cheap plywood. Thanks to decades of growth, each tree has its own bio-diverse mini-environment that hosts up to 1,000 species of insect, fungi and other plants. FYI, the trees can also be turned into planks in a matter of minutes!

This cluster of trees is protected within the Danum Valley Conservation Area, one of the best protected rainforests in Southeast Asia, which also harbours endangered species like the iconic Bornean orangutans, clouded leopards, and forest elephants. 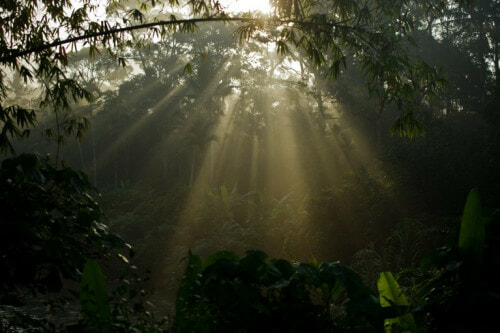 While the detection of such magnificent trees is usually spotted by aerial laser scanning technology, “proving” the actual height is very much straightforward because someone has to physically climb that tree with a really long tape measure. Yes, for real!

The honour of measuring “Menara” was given to fellow Sabahan Unding Jami, who scaled the tree on 9th January this year.

“It took me 15 attempts to shoot that line 86 metres (282 feet) up to the lowermost branches. Honestly, I almost gave up… We were so lucky to be able to finally shoot the rope over the lower branch,” Unding shared. 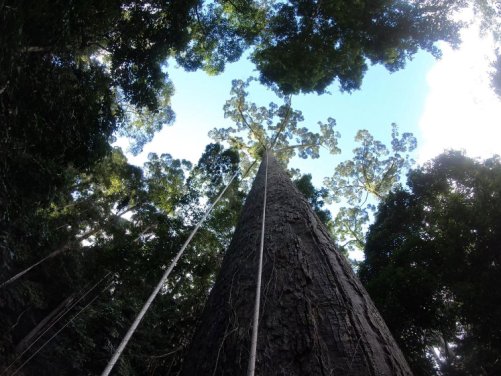 A climb like that can typically take three hours or more and requires an entire team of people to coordinate. At some point, the climber will have to start communicating with the ground crew by SMS as the distance doesn’t allow for any verbal communication (e.g. yelling).

It’s not easy. After all, there are problems with animals that aren’t fond of being disturbed, like centipedes, snakes, rainforest bees, and other dangerous critters on the way up. Unding usually brings a hammock so he can nap while other team members ascend. 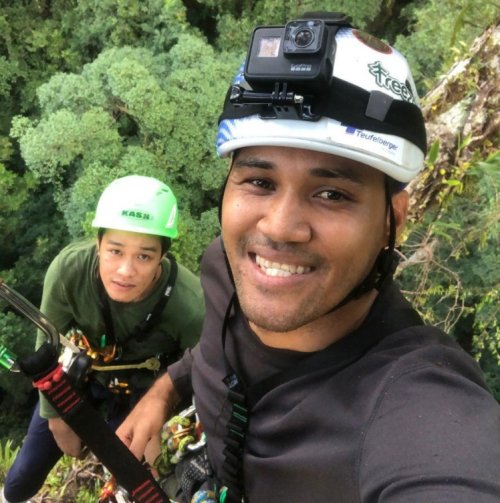 That said, while “Menara” is currently the tallest tropical tree in the world, the team excitedly notes that there’s a possibility of an even taller tree in the region.

Truly, our country has some really lush and beautiful rainforests, and it’s really inspiring to see such passionate people who want to protect and conserve nature. Have any of you readers been to Sabah? How did you find it there? Let us know in the comments below! 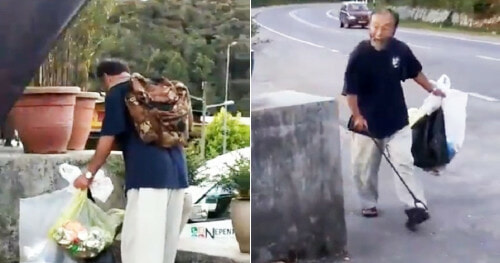