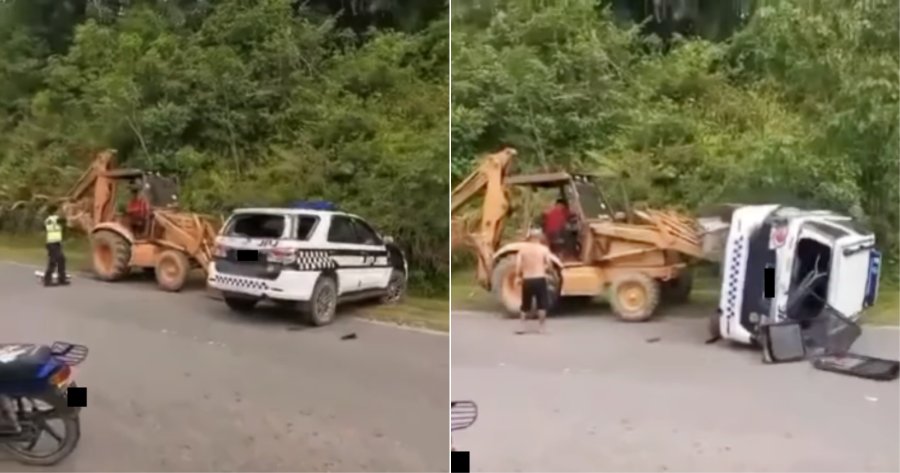 It is understandable to feel frustrated upon receiving a fine, but would you react the way this man did?

The Royal Malaysia Police (PDRM) have arrested the driver of a bulldozer after he used the machine to attack a four-wheel-drive vehicle belonging to the Road Transport Department (JPJ) and overturned it at Jalan Kepayan, Sabah.

Based on a report by Harian Metro, the 60-year-old man was arrested by the Criminal Investigation Division of the Keningau District Police Headquarters (IPD) after receiving news of a man obstructing civil servants from carrying out their duties. 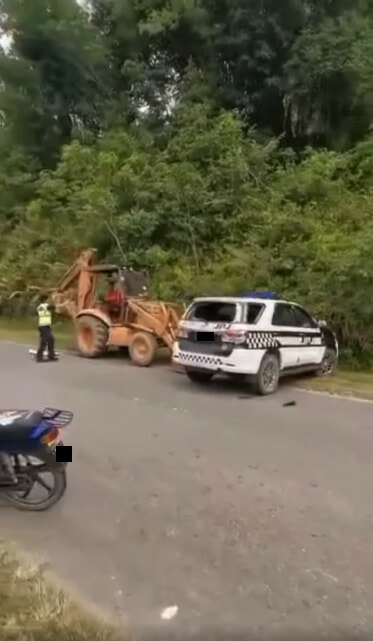 “Preliminary investigations found that while conducting daily operations, one of the JPJ members of the Keningau branch detained and inspected a suspicious backhoe heavy vehicle.”

“During the inspection, it was found that there was an offence. When the summon was issued, the driver was dissatisfied and angry and reacted by driving into the JPJ vehicle ridden by the officers, causing damage to the vehicle,” he said. 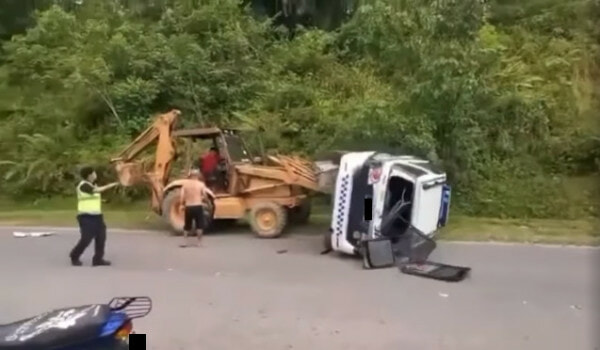 Thankfully, the officers managed to save themselves, and there were no injuries reported.

“The incident was then reported to the police, and the suspect was arrested at the scene on the same day. Police also confiscated the bulldozer used during the incident. The local suspect and the machine were brought back to the Keningau IPD for further investigation,” he added.

This case is now being investigated under Section 186 and 353 of the Penal Code, among others, for obstructing the duties of civil servants and Section 427 of the Penal Code for committing treason.

You can check out the video of the incident here: 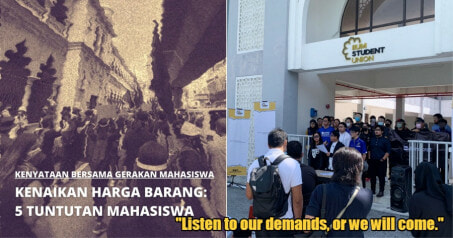