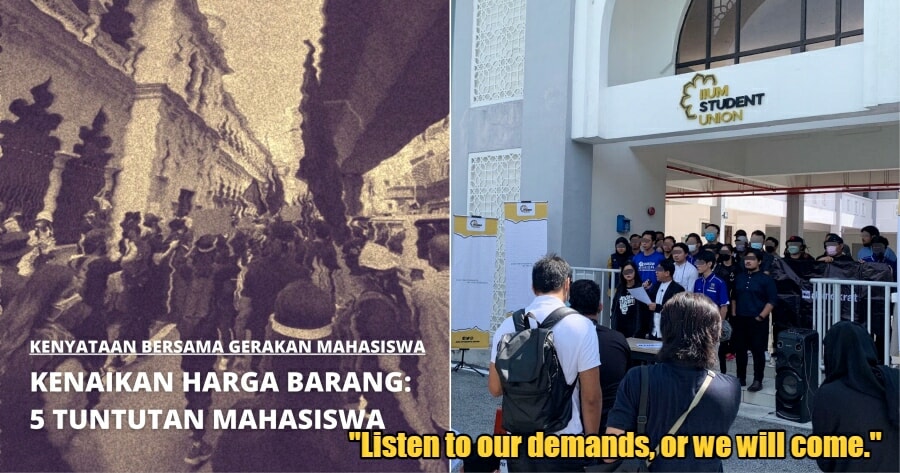 #Turun is currently trending on Twitter, and that’s because Malaysian students are fed up with the government’s lack of action when it comes to the well-being and livelihood of the people.

Headed by the International Islamic University Malaysia (IIUM) Student Union, in collaboration with the support of various other student-based organisations, they are now demanding that the government fulfil 5 demands.

As shared by the IIUM Student Union Twitter page, the movement and demands are a result of the rising prices of goods. 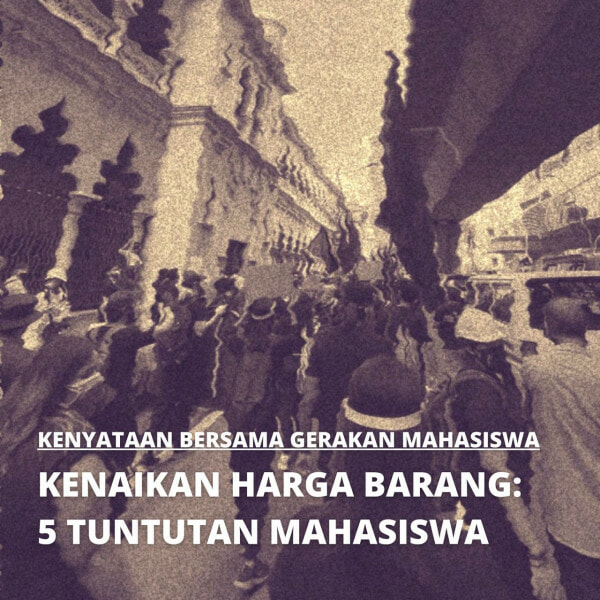 1. Cut the wages of ministers.
2. Additional aid for the people.
3. Continue the existing subsidies on certain goods.
4. To control the price of goods on campus.
5. Provide long and short-term food security solutions.

“Following the statement by the International Islamic University Malaysia Student Union and the University of Malaya Student Union, other student movements have decided to join the protest on the issue of rising prices of goods and the government’s approach in addressing this issue as announced by YAB Dato Sri Ismail Sabri bin Yaakob, Prime Minister of Malaysia,”

“In this regard, we, as a student movement that represents not only the voice of students but also the voice of the people, call on all component parties of Barisan Nasional, Pakatan Harapan, Perikatan Nasional, Gabungan Rakyat Sabah, Gabungan Parti Sarawak, MUDA and Parti Sosialis Malaysia as well as any NGOs to join us in this movement so that we can continue to defend the fate of the people, whether from the opposition or the government,” they shared. 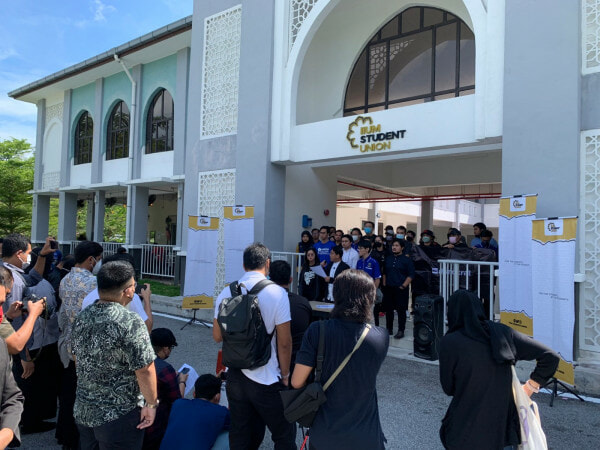 And their message was clear.

“Listen to our demands, or we will come,” a call to take to the streets in protest.

Stay tuned to see if the government will heed the call.

Also read: Employers Are Not Ready To Implement 4-Day Work Weeks & M’sians Are Not Happy 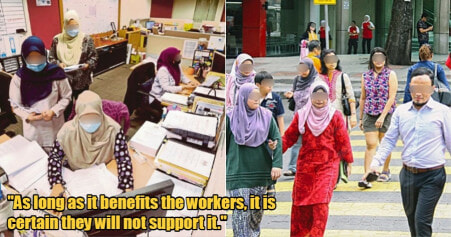