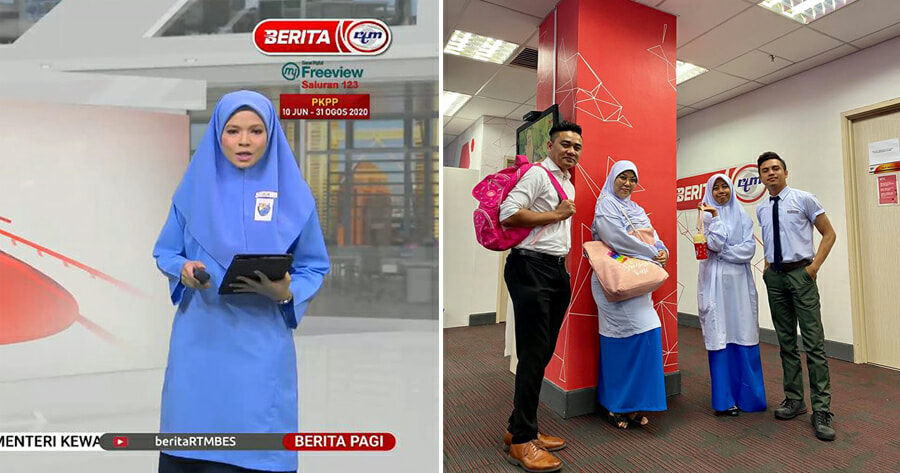 In conjunction with the schools reopening for exam candidates on 24 June, all RTM staff were seen wearing school uniforms throughout the day for their respective programmes.

News anchors, reporters and production crew reported for work in various versions of the school uniform to show their support for students and teachers returning to school after three months of leave following the Movement Control Order. 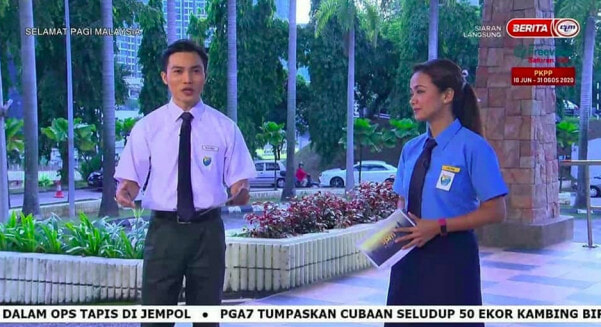 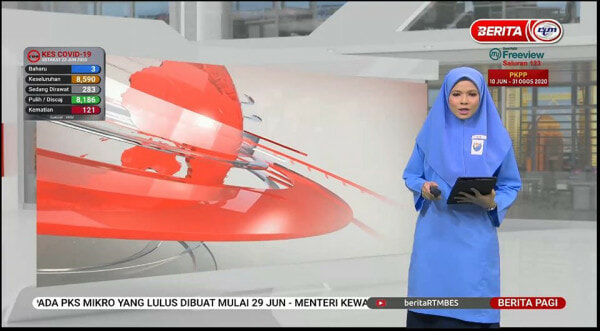 RTM news editor and presenter, Azam Hussain also posted several photos of himself and his colleagues clad in their school uniforms as they posed for photos in their office.

On the morning of 24 June, Prime Minister Tan Sri Muhyiddin Yassin paid a visit to SMK Datok Lokman, Jalan Kampung Pandan. In a Facebook post, he said that he went through a body temperature scan before being led by headmaster Puan Latifah Mohd Yusof through a marked path to the school’s main hall for a briefing session.

“At the briefing, I was told that the school session there involved only 255 Form Five students who are divided into 14 classes, from nine classes before the movement control order (MCO),” he said.

“I then observed the teaching and learning activities in class. From my observation, all the standard operating procedures (SOP) set by the government, like on social distancing and a class not having more than 20 people, were adhered to.”

“After three months of being away from school, students surely have mixed feelings about returning to school and this was told to me by some of them just now.” 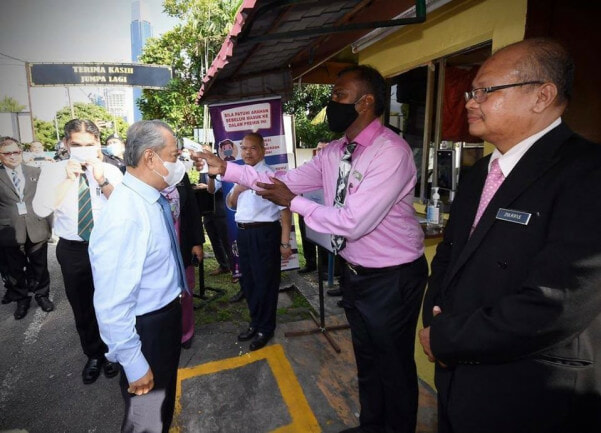 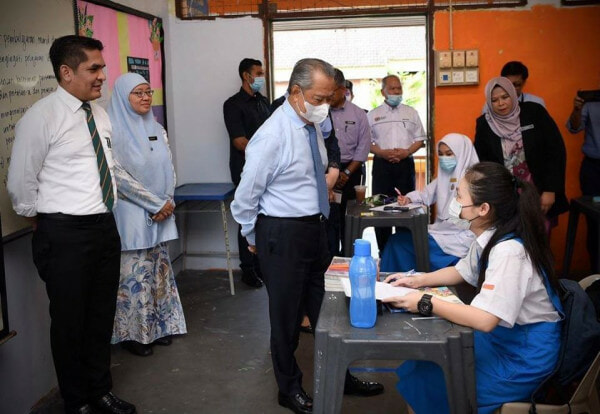 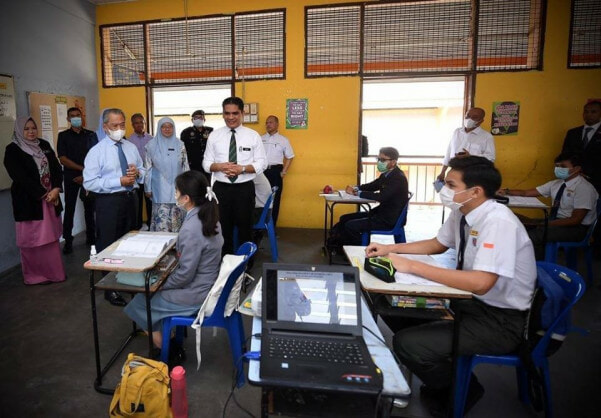 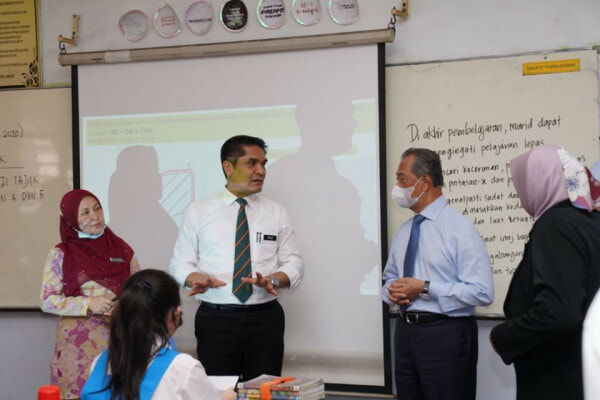 Muhyiddin said some students at SMK Datok Lokman admitted that they were worried about their own safety as the Covid-19 pandemic had not ended yet. But at the same time, they were still excited that they could meet up with their teachers and friends after having only online lessons for so long.

“I am very grateful to the teachers, district and state education offices, and Parent-Teacher Associations (PIBGs) who have done thorough preparation to ensure that the guidelines and SOP were in place before schools could reopen,” he said.

“This step will give more confidence to parents that the safety of children is always given priority as long as they are in school.”

We hope that the students returning to school will have a productive time and be able to prepare well for their upcoming examinations!

Also read: UPDATE: Year-End School Holidays For SPM Students Will Be Shortened To Only 13 Days This Year