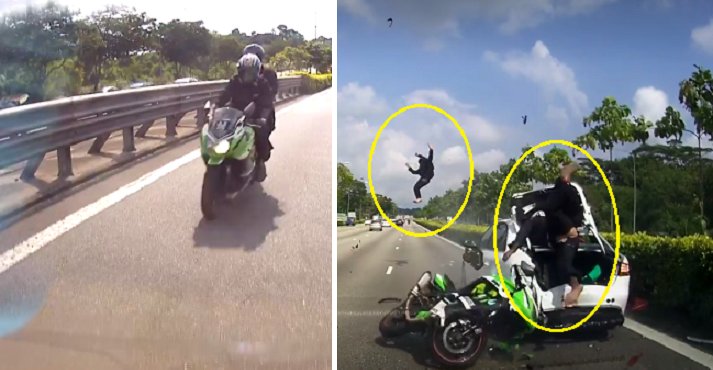 Being reckless is normal among youths. We enjoy living the fast life and chasing thrills but never slow down enough to think clearly about our actions.

Likewise, this motorcyclist probably thought ‘to hell with it’ when it came to being safe on the expressway. 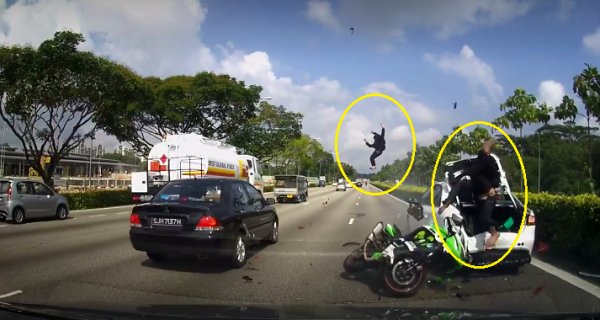 According to witness, Manster Wirman, the biker was riding along the Central Expressway (CTE) and Seletar Expressway (SLE) just before the Lentor and Yishun exit.

The biker was speeding and switched from the middle lane to the right lane. Due to the speed of his vehicle, he could not stop in time to avoid a car in front, which had stalled on the right lane.

His speed caused the impact to be so great that the pillion rider was FLUNG over the stalled car!

The most horrifying part was how the pillion rider landed on the head. Regardless whether the person had a helmet on or not, the angle of the drop seemed deadly.

After Manster posted the video on Facebook, it sparked a debate as people started pointing fingers over this incident.

Some believe that the stalled car should have stopped on the emergency lane instead of the first, far right lane. Others felt that the biker deserved it because he was speeding.

Some netizens even believe that Manster was the cause of this accident because he had stopped between the right and middle lane for a bit. 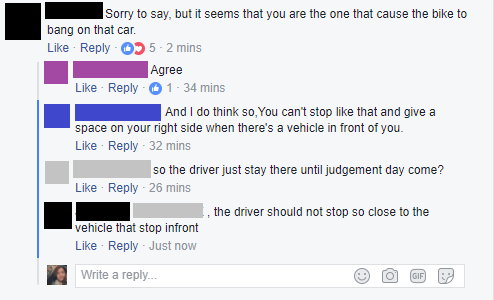 Nevertheless, this horrifying accident truly shocked the Internet as people just could not get over the deathly impact of the crash.

Watch the videos here and see for yourselves. Warning: viewer discretion advised. Some viewers may find the content too shocking.

Regardless, remember to always be safe on the road. Accidents happen all the time but if the motorcyclist wasn’t going too fast, he could have stopped in time or at least slowed down to lessen the impact. 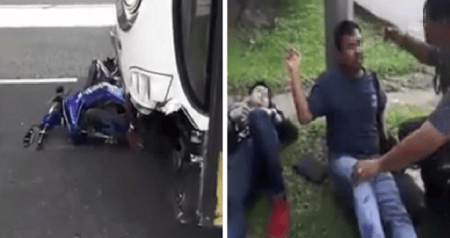