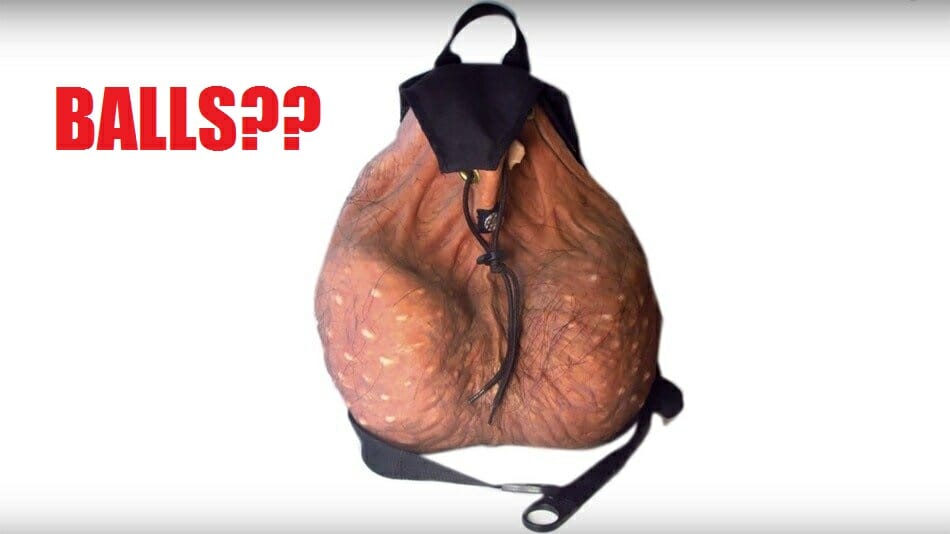 The internet is a weird weird place. If you, like a few thousands others always wanted to wear balls on your back, you can! For only $69!

An indiegogo crowdfunding project called Scrote’n’Tote: The Satchel of Life got the internet going crazy as thousands flock in to raise the crowdfunding project. Britton, the creator of this peculiar backpack actually wore his own creation last year and caught the attention of people after an image of him went viral. Yes, there were actually thousands of people who actually thought, “hey i need one hairy nut sack backpack for myself too!”

Bitton is attempting to raise $33,000 to fund production of the testicular pack, and he created this odd and creepy video to convince anyone with the cash to burn to donate to his cause. “Although the video may suggest otherwise, this is an actual and legitimate project,” Bitton writes on his campaign page.


Bitton also uses a very convincing argument saying “just send me the money,” and encourages his buyers to “wear it like a man.”

The very realistic looking pair of testicles was actually created by professional special effects artist C.J. Goldman. Unfortunately, this realistic look costs nearly $1,000 to produce per bag, so Bitton is trying to raise the cash to find a cheaper way to manufacture the bags.

In just 5 days, Britton already managed to achieve almost $5,000 of funding with 124 backers. Through crowdfunding, he hopes to lower the cost of the bags to $120 and early birds will be able to buy it for $69. The bags are available in ebony and ivory.

Here’s the crowdfunding page here if you’re interested for a pair yourself: