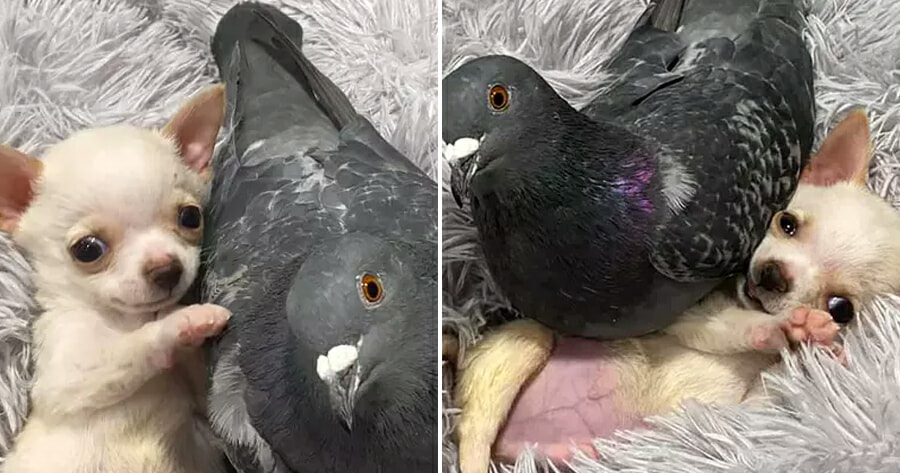 A puppy that can’t walk and a birdy that can’t fly just became the best of friends after meeting at an animal rescue foundation.

The Mia Foundation in New York rescues animals that are born with birth defects and gives them a fighting chance to live!

Lundy, the two-month-old Chihuahua was rescued after a North Carolina breeder noticed the small dog having some issues with walking. He was found to have mobility problems most likely due to spinal cord damage.

Lundy quickly became friends with one of the pigeons at the rescue called Herman and they have been inseparable ever since! 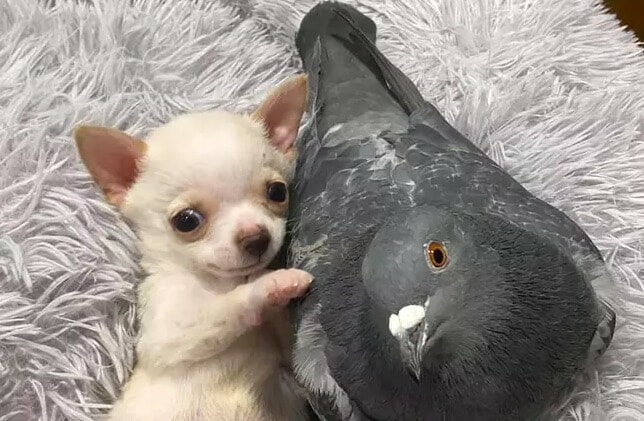 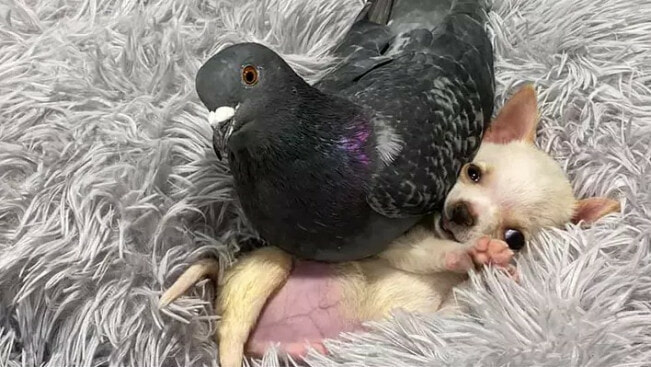 Herman is unable to fly and is often seen cuddling with Lundy in the most adorable manner.

“I set Herman on a dog bed and started caring for Lundy, and I decided to carefully put Lundy in the same dog bed next to him. They started interacting immediately in a very cute way,” Sue Rogers, founder of The Mia Foundation said.

Just look at them!

While Herman lives permanently at the rescue, Sue plans to help Lundy’s mobility problems by using a wheelchair and searching for a family to adopt him.

“Lundy weighs only one pound now, so we will have to wait for the chair,” she said. 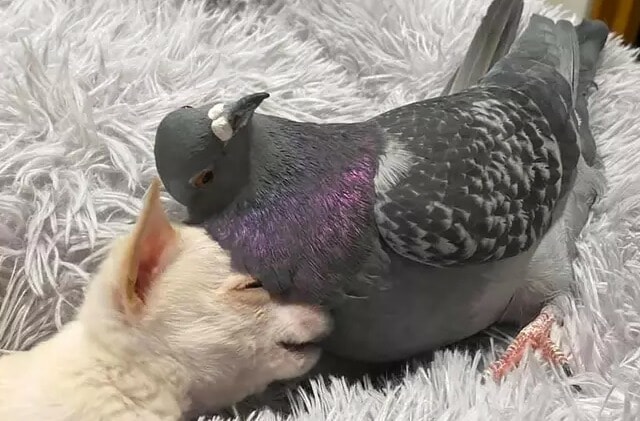 Omg, aren’t they the most adorable due you’ve ever seen? Hopefully Lundy will be adopted by a caring and loving family!

Also read: This Munchkin Kitten Sleeps in Such an Adorable Way that We Can’t Handle the Cuteness! 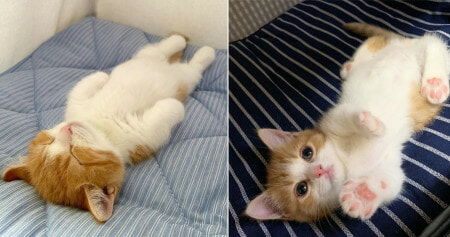