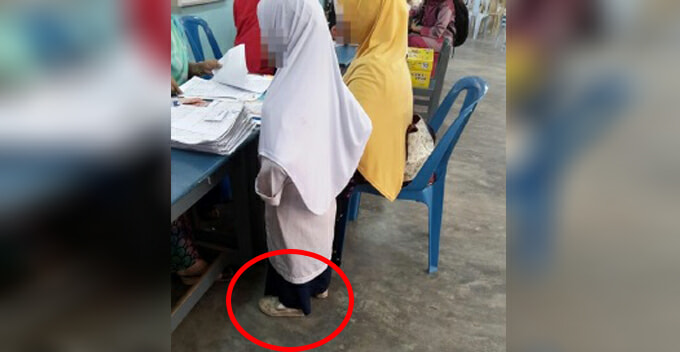 Just one day after the school was reopened, social media has been flooded with pictures of cute little kids dressed up in newly bought school uniform going through the school gate.

However, this is not the case for a 7-year-old pupil, Fatimah Zahara who showed up at school in worn out school uniform. In the pictures, Fatimah’s school shoes appeared to be dirty and pretty much worn out. She was registering for Year 1 at a primary school in Ayer Keroh when her pictures were taken. 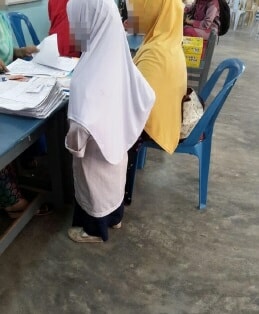 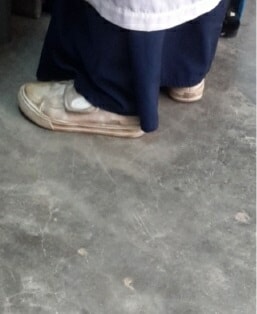 According to Berita Harian Online, the mother in her forties, who wanted to only be known as Hasnah, was shocked when she discovered her daughter’s pictures going viral on Facebook. She also confirmed that what the social media said was true, although she wasn’t the one who put them up.

The single mother has three children, Farid Zakaria, 18; Julie Khaltum, 8; Fatimah Zahara Abdullah, 7. Due to poverty, all the children’s school uniform were donated by members of the public since 4 years ago.

“It’s true, my children’s school uniforms from 4 years ago are washed and worn every other day, until they (uniform) become shabby,” said Hasnah.

Hasnah eldest son’s uniform and shoes too appeared to be worn out. 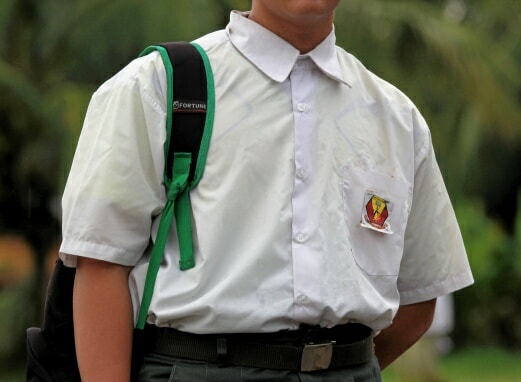 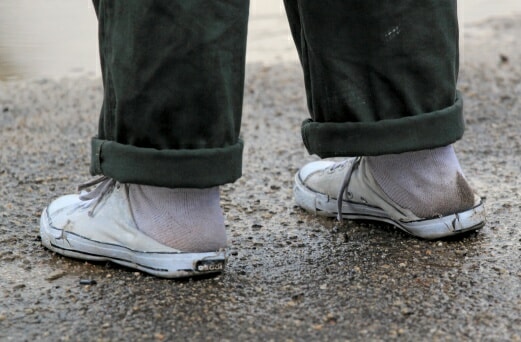 “Due to poverty, I couldn’t afford school supplies and pocket money to my children,” admitted Hasnah to Berita Harian.

Working as tutor on a part time basis, she earned RM 50 for 2 hours of tuition and the money was used to sustain her family.

“If any parents require my service, I would go from house to house to conduct tuition. Sometimes, I would also go to religious institution to teach for free,” said Hasnah who teaches Mathematics, English Language, Malay Language and Science.

She also revealed that up until now, her family did not receive any monetary aid from Social Welfare Department and ‘Baitulmal’.

After seeing these heart-wrenching pictures, Malaysian netizens poured out their sympathy for the family. Some even asked for the family address in order to channel help to them.

“Its okay, let me help you. I totally understand that feeling because I used to be in that situation. Since I’m better off now, I will help you as much as possible. Please private message me,” commented a netizen.

We should truly be grateful and contented with what we have because others are dying to live our lives.