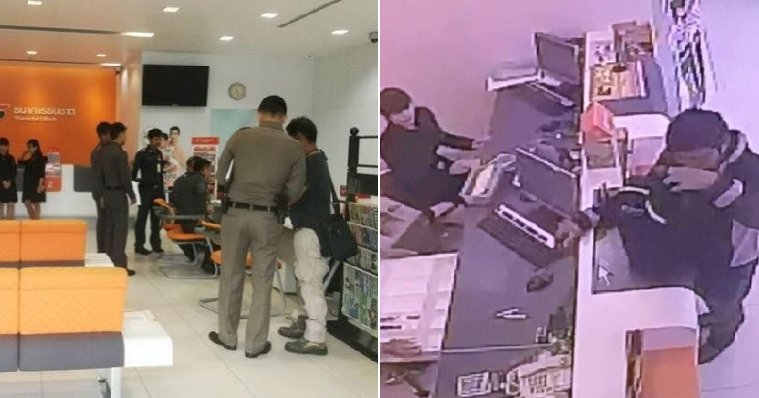 Ever since we were little kids, it has been drummed into our heads to always be polite to other people no matter who they are. It seems that this bank robber took this lesson to heart because he politely robbed a bank in Bangkok and even apologised for it. Lol WTF. 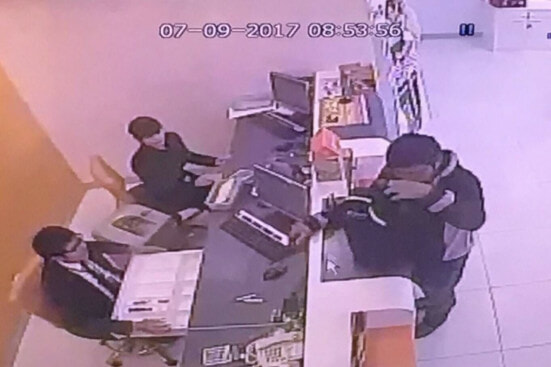 According to The Nation, the robber went into a Thanachart Bank branch on Rama III Road on Thursday (September 7) and made off with 270,000 baht (RM34,254) in cash. The suspect who appears to be in his 30s quietly went into the bank, approached the teller and escaped within one minute at about 8.52am.

The man who was clad in black and wearing a hair net entered the bank with his face uncovered and carrying a bag. He went to one the counters and pulled out a gun to demand for money. During the process, he said this to the teller, who was obviously shocked,

“I’m sorry, I have financial problems.” 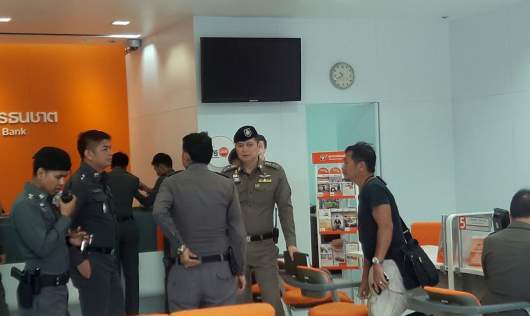 Guess it worked because it looks like the teller was too stunned to raise the alarm and handed the money over. The lone robber calmly put the money in his bag and walked out the door, which was opened by the security guard.

After the incident, when police questioned the security guard, he said that he thought the robber was a hired messenger. He also felt that he looked familiar and could be one of the bank’s customers. Witnesses have said that they saw his uncovered face clearly while police are trying to identify him through CCTV footage. Okay, not a professional robber then. 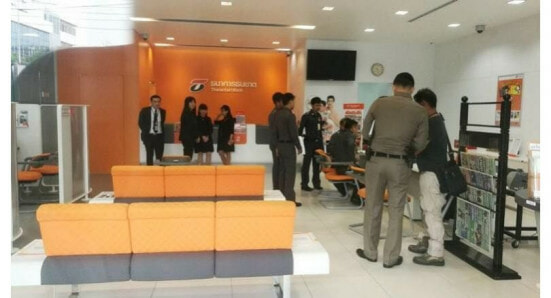 The suspect fooled the handful of staff there into thinking he was a customer as none of them did anything to stop him. He was last seen heading towards the Rama IX Bridge after fleeing from the bank.

That was one very calm and polite robber!

Also read: Blind Man Who Went Viral for Holding Up Traffic in Bangsar Apologises for His Actions 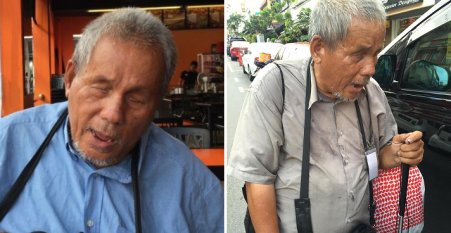