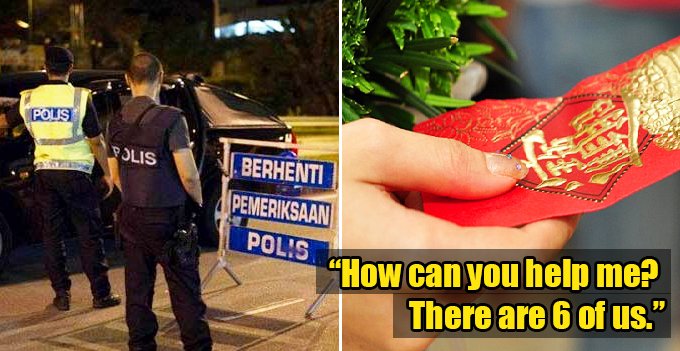 After a night out celebrating a friend’s engagement party, I was stopped by the police as I was sending a dear friend to TREC to meet up with a couple of friends there.

The first thing the police did was to take my IC before asking me to step out of the car. He proceeded to take out a breathalizer and asked me to blow into it. I am very sure that the first police didn’t show me the reading and mentioned that it was high. I was not drunk.

He then passed me on to another officer to tell me that I had broken the law. One officer passed me to another to ‘try to explain my wrongdoing’. One after another, there was a total of 6 policemen with no badges, identification numbers or their name tags at Jalan Imbi who took turns to have a go at trying to get money out of me.

Officer #1 then came back with my IC and said that I have to go to court and it will take a long time for the court proceeding; plus it’ll be very expensive. I said, I understand but I didn’t do anything wrong. He threatened me about driving my car to the police station. He also asked my friend to get out of the car and asked me to sit in the back so he could drive my car.

One of the officers also asked if my friend was recording or taking a video of them and sounded really concerned. Eventually, I went back to the car after about 40 minutes of them trying to get money out of me. I put 10 bucks in an ang pao packet that I had in my car. To get my IC back, I got out of the car and asked them, “Bang, saya ada ang pao ni.”

One of them said, “Ada berapa kat dalam ni?”

I took my IC, left, dropped my friend off and came home.

During this whole fiasco, one of the police was smoking away and said he liked drinking.

All in all, I wrote this post to show how deeply saddened I am that even though we have a new government in place, there’s still corruption. Plus, Bukit Aman was just 2km away, yet these phony police who wanted to make quick money are still being allowed to ‘work’. Well, if being a police isn’t feeding you and your family, then maybe try doing something else?

Your job is to uphold the law and protect the citizens by making it a safe environment for everyone. How can anybody feel safe if they’re taking money from the innocent by threatening them? This in itself is a crime.

This is the second time I’ve felt that the PDRM has let me down. The first time was in December 2009 when I was robbed while I was asleep at home. I had all the evidence and records because the robbers used my credit card to make transactions but yet, the police couldn’t bust them even though I had the information from the bank as to when and where my card was swiped. I managed to obtain CCTV footage as well by myself, handed it to the police but nothing was done. The sergeant who took my case on also didn’t even know how to use the computer that he had and asked if I knew how to when keying in my report. What a shame.

I hope these policemen who stopped myself and many other ‘random innocent citizens’ tonight would be at peace with what they’ve done.

Disclaimer: This post is a contribution from a fellow WORLD OF BUZZ reader. The views expressed in this post solely belong to the contributor and do not necessarily reflect the views of the publication. 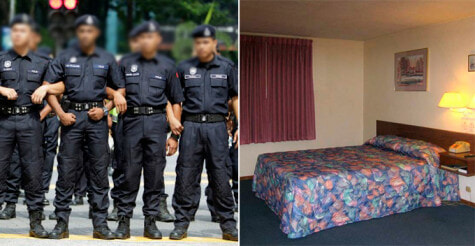