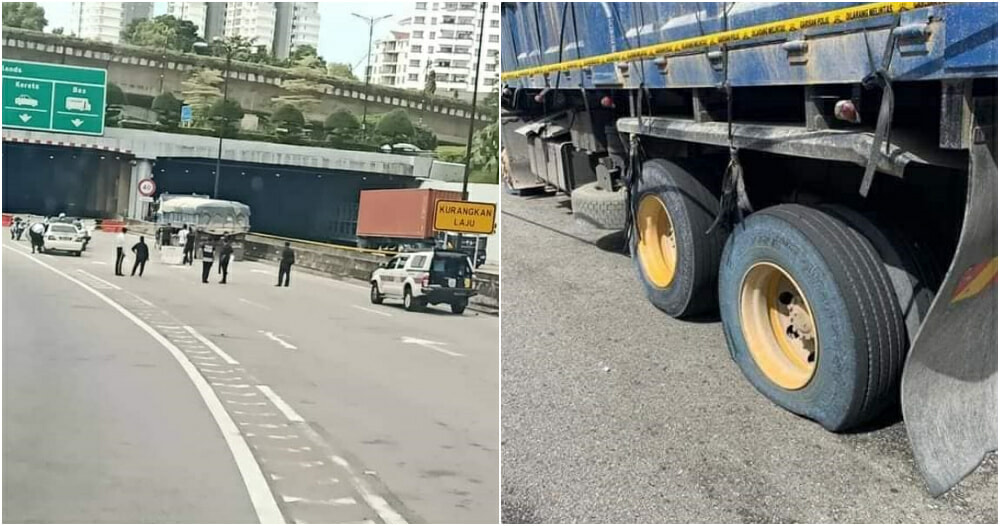 It is believed that the driver refused to pull over. Instead, he accelerated and drove in zig-zag.

The incident occurred at the Johor Eastern Dispersal Highway (EDL),  at 7.45am.

According to Berita Harian, the police had to shoot the trailer truck tire carrying an excessive load of stones, before detaining it at Kilometer 7 of the highway, near the Pandan Rest and Treatment Area (R&R). 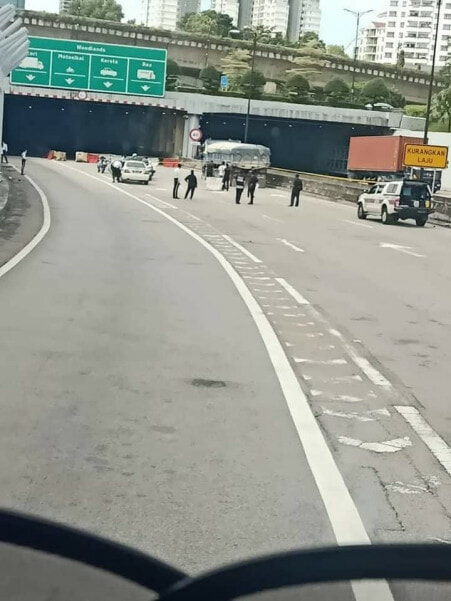 “During the operation, the traffic police detected a trailer truck carrying a load of stones suspected to be over the limit,” he said.

“Traffic members used loudspeakers and turned on the blue lights and sounded a warning siren for the lorry driver to stop the vehicle but it was ignored. In fact, the driver involved continued to accelerate towards the entrance hall of the Sultan Iskandar Building (BSI),” he added on.

As a result, the action caused the police to fire two shots on the truck’s tires to prevent any incidents occurring to other road users. 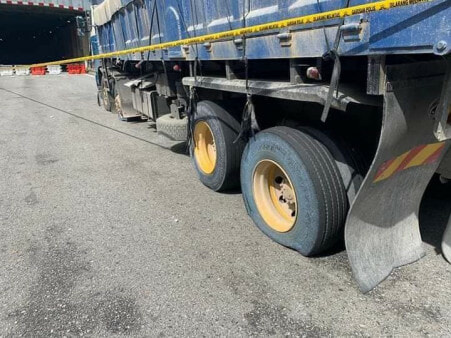 “The driver stopped his vehicle because two of his trailer’s tires burst. He tried to escape but was caught within 100 meters of the scene,” he said.

“The suspect has no previous criminal record but has nine traffic offences. Preliminary urine screening tests found the suspect positive for methamphetamine,” he added on.

“The suspect was found to be carrying a load exceeding the limit and the Commercial Vehicle License (GDL) goods license expired,” he explained.

Also Read: Kelantan Couple Arrested For Possession Of AK-47 That They Used To Shoot Elephants 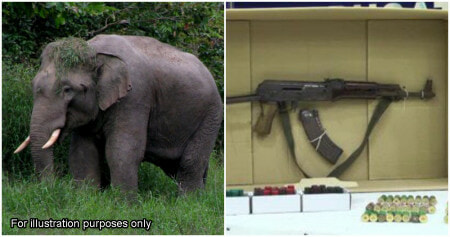