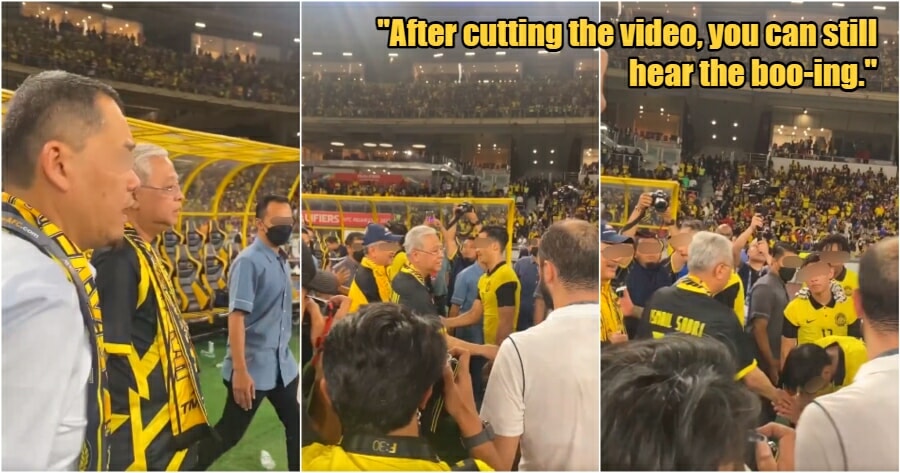 It’s safe to say that a lot of Malaysians are no longer (or never were) fans of our current Prime Minister, Datuk Seri Ismail Sabri.

So much so, that apparently, when he went to greet the players of Harimau Malaya on the Stadium Bukit Jalil field following yesterday’s win in the Asian Cup Qualification match against Bangladesh, people started BOO-ing at him from the stands.

In a video shared to the Prime Minister’s official Twitter page, a little bit of the boo-ing could be heard as pointed out by netizens. 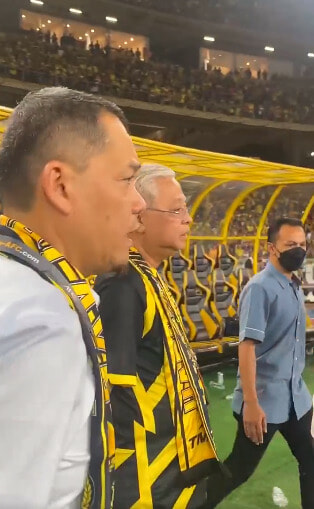 The post by Ismail Sabri reads, “History is made for Malaysia! Alhamdulillah, the 43-year wait is over when we qualified for the 2023 Asian Cup! Congratulations to Harimau Malaya and the players who fought until the final whistle.” 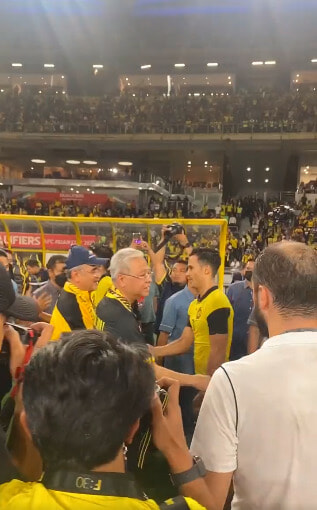 Netizens accuse him of cutting parts of the video out

In the video, the Prime Minister could be seen greeting and shaking hands with the players following the match.

In the beginning of the video, eagle-eared netizens spotted a weird cut in the video where boo-ing could be heard in the background before it was apparently edited out.

“There’s so many cuts in the video. Almost like an action movie. Did you get boo-ed,” asked a netizen.

Another commented, “Did you get boo-ed? There’s not enough edits, you can still hear a little bit of it.”

“After cutting the video, you can still hear the boo-ing. Oii Uncle Ismail, next time just post pictures,” said another.

What do you think about this? Could you hear the booing? Let us know in the comments section. 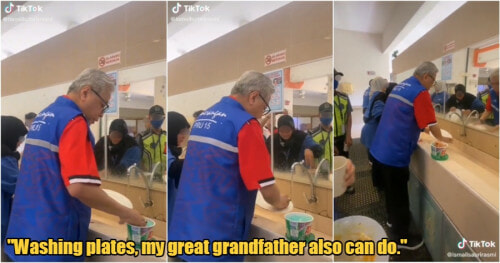