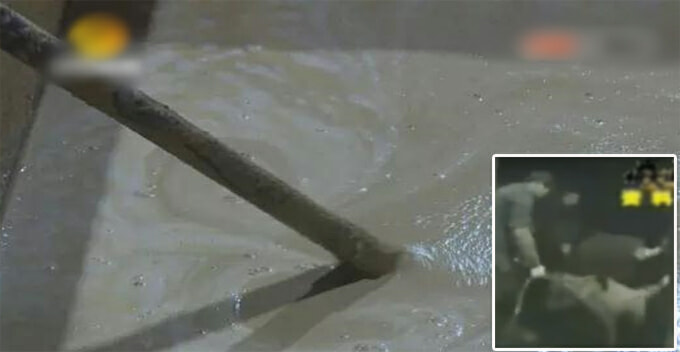 Some ruthless people will do whatever it takes to increase their revenue, especially in the field of business.

In China, Hunan province, an undercover reporter infiltrated a facility after frightened pig shrieks were heard coming from the facility. Standing from afar, the reporter was shocked to see a man force feeding several pigs with what appeared to be white-yellowish mud. The whole process was recorded by the reporter as well. 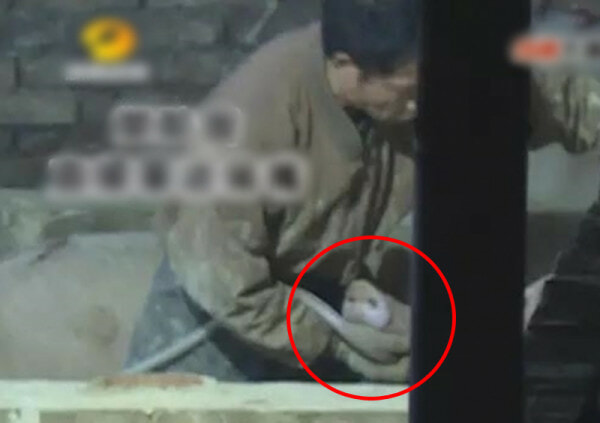 According to Sinchew, the facility was a transfer station where the middleman held the pigs before selling them off to buyers. A man was seen whipping the pigs while shooting them with high-pressure water to clean them up.  There were more than 10 pigs in the facility.

Then, another man came in to assist the force feeding process. One man forcefully opened the pig’s mouth while another one shoved a soft rubber pipe into its mouth. They then started pumping the mud into the pig’s stomach while it shrieks in pain. 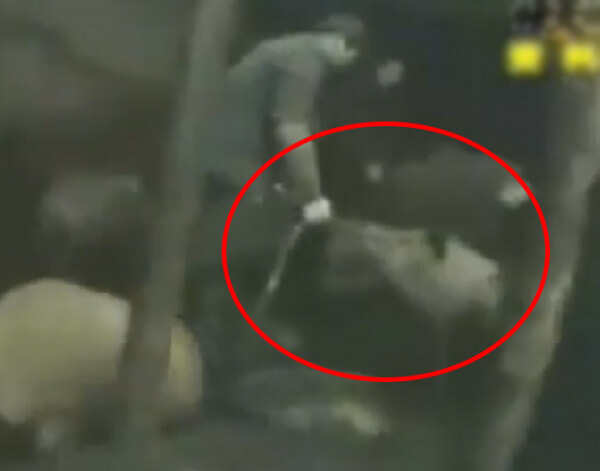 A container full of white-yellowish mud can be seen sitting on the side. 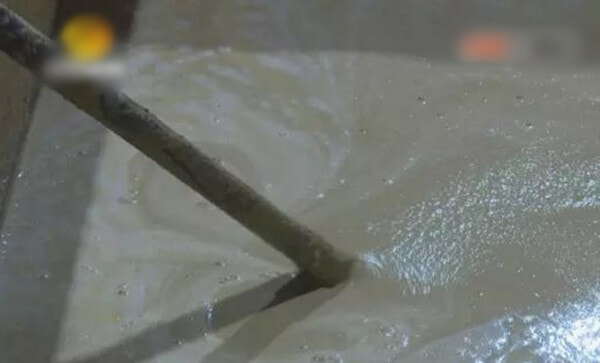 Within 2 minutes, the pig initially with empty stomach was filled up with mud. Within an hour, all the pigs in the facility were forcefully fed with mud. Their stomach visibly became rounder and some pigs faced difficulty in walking. Due to the immense torture, some pigs even collapsed to the ground. 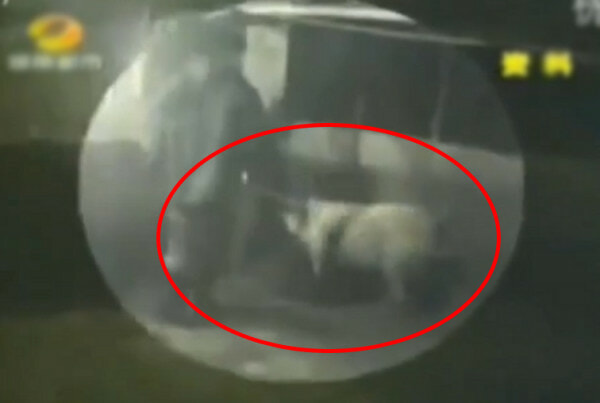 The pigs shrieks slowly subsided after the force feeding process ended. The reporter then infiltrated the facility to get a closer look and saw blood stains on the pigs body. Some pigs were also throwing up white foam.

The reason for this inhumane action was to increase their revenue because pigs were sold according to their weight. It was estimated that up to 10 kilograms of mud was pumped into each pig.

According to market price, one kilogram of pig cost about RMB 22. The buyer will have to pay extra RMB 220 if they bought one of these ‘mud-filled’ pigs.

The white-yellowish mud was made up of lime powder, bran oil and water. Sinchew also reported that lime powder is not fit for consumption.

The reporter had lodged a report to the authority and investigation was on full-swing. According to the China’s authority, injecting substance into pig or any other animals is a violation of the law.

The facility has been raided and all the equipment used in the force feeding process has been dismantled. The owner of the facility however did not confess to the crime.