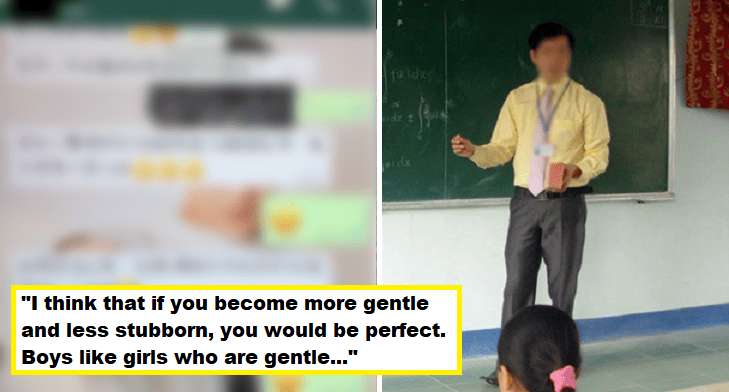 Teachers are supposed to guide children and impart knowledge to them. However, there are many recent cases of teachers abusing their students, be it physically, emotionally or even sexually.

This incident was highlighted after the girl’s elder sister posted screenshots of the text messages from the teacher on Facebook. Apparently, the teacher in question has never once taught the girl in any classes before, Hong Kong Coconuts reported.

The girl, who had just ended Primary 6, was given the nickname “Goddess” by the perverted teacher.

He even sent her messages such as “You’re prettiest when you smile”, “I miss you” and “I love you”. 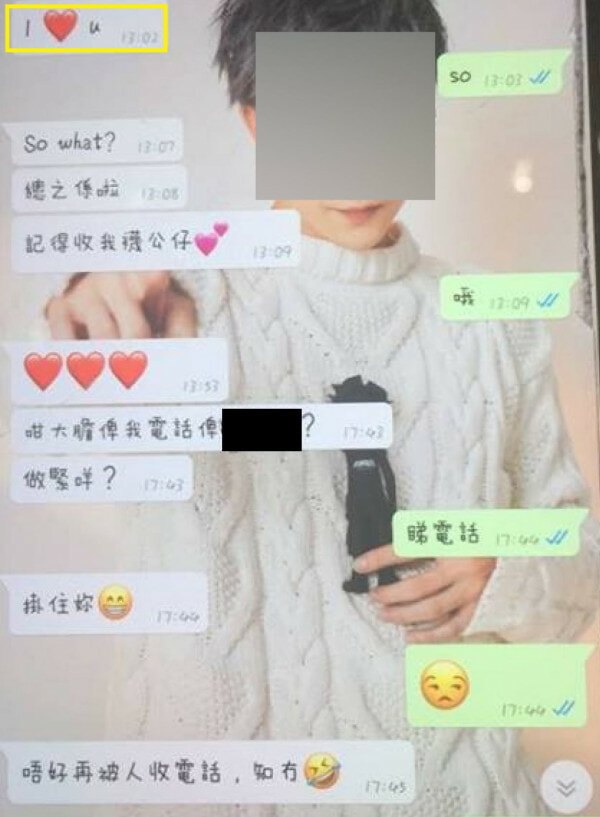 Worst of all, the teacher even gave her ‘advice’ on how to be more likeable by boys!

“As an adult, I think that if you become more gentle and less stubborn, you would be perfect.

“Has anyone ever told you that you’re too stubborn? If you were more gentle and less stubborn, you would be perfect.

What a f*cking sicko! 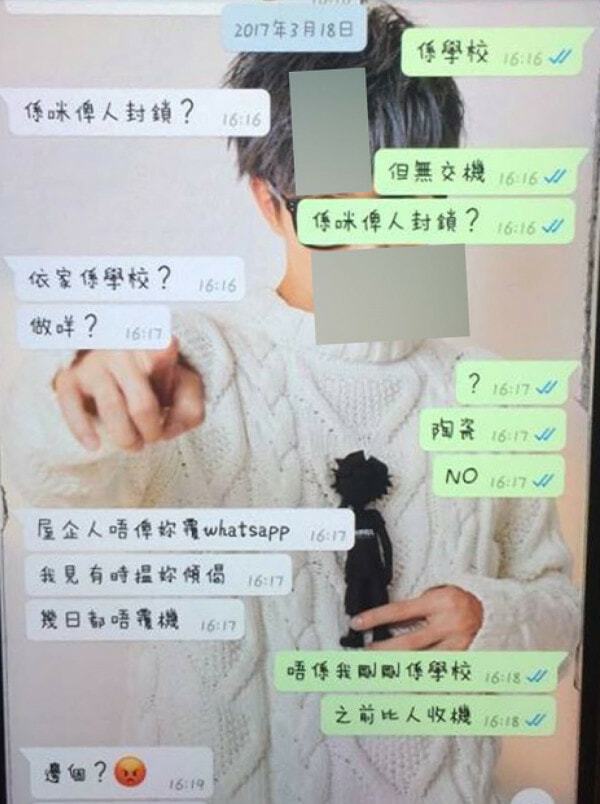 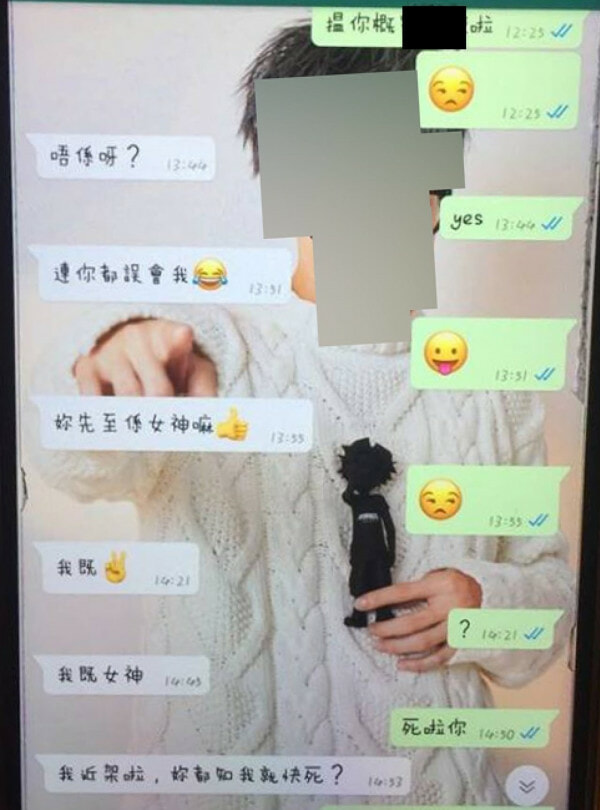 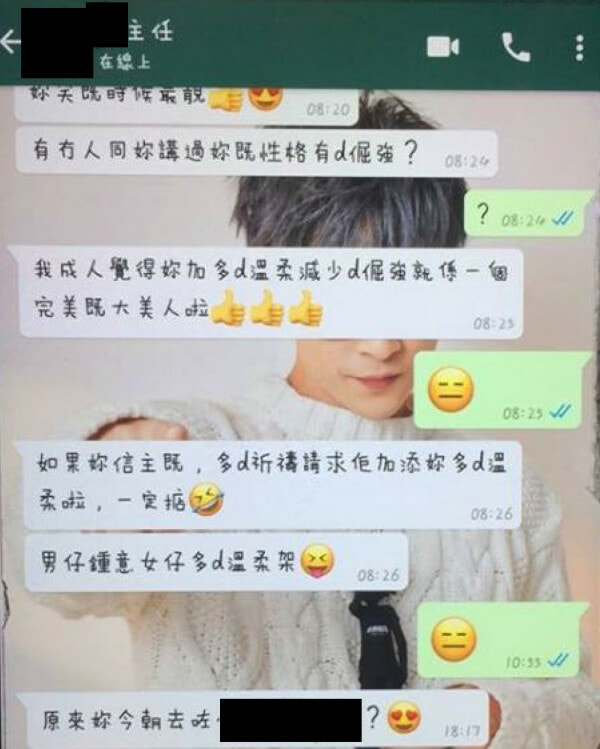 It seems that the teacher even bought a doll for the little girl and he asked her twice to take a picture with it.

“Can you take a selfie with the doll for me to look at?”

Obviously, after the elder sister found out about this, she made a complaint to the principal. To defend himself, the perverted teacher said he only ‘cared for the girl like a daughter’.

He said that the messages were all sent out of ‘paternal concern’.

Of course, the 11-year-old girl’s mother has since reported the case to the police and the school has also reported it to the Education Bureau and the Council on Professional Conduct in Education. Investigations are still ongoing.

There wasn’t much information regarding the psycho teacher except for the fact that he is planning to retire from his job soon. He should have retired decades ago!

Thankfully, the Buddhist Chan Wing Kan Memorial School has suspended him. The Hong Kong Buddhist Association that manages the school is also currently investigating this matter.

Nowadays, we never know who could be talking to youngsters online. They could be perverts or scammers. Always be vigilant about children’s online activities! 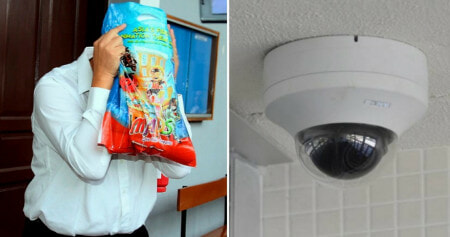