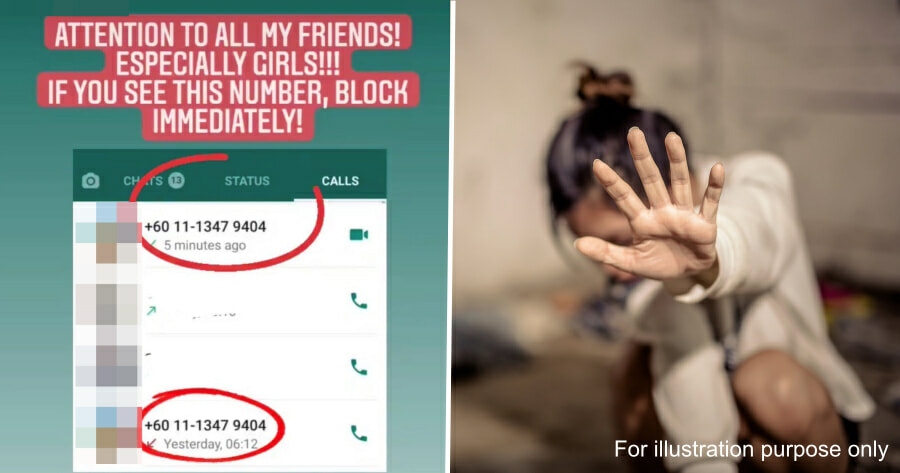 Recently, on 22 February, a netizen named Wei Wei (pseudonym) posted an Instagram story to share how she was sexually harassed by a stranger when she accidentally accepted his video call.

She shared her horrifying experience on her Instagram story to raise awareness and warn all her friends, especially girls, to immediately block this number if they ever receive messages or calls from this contact. 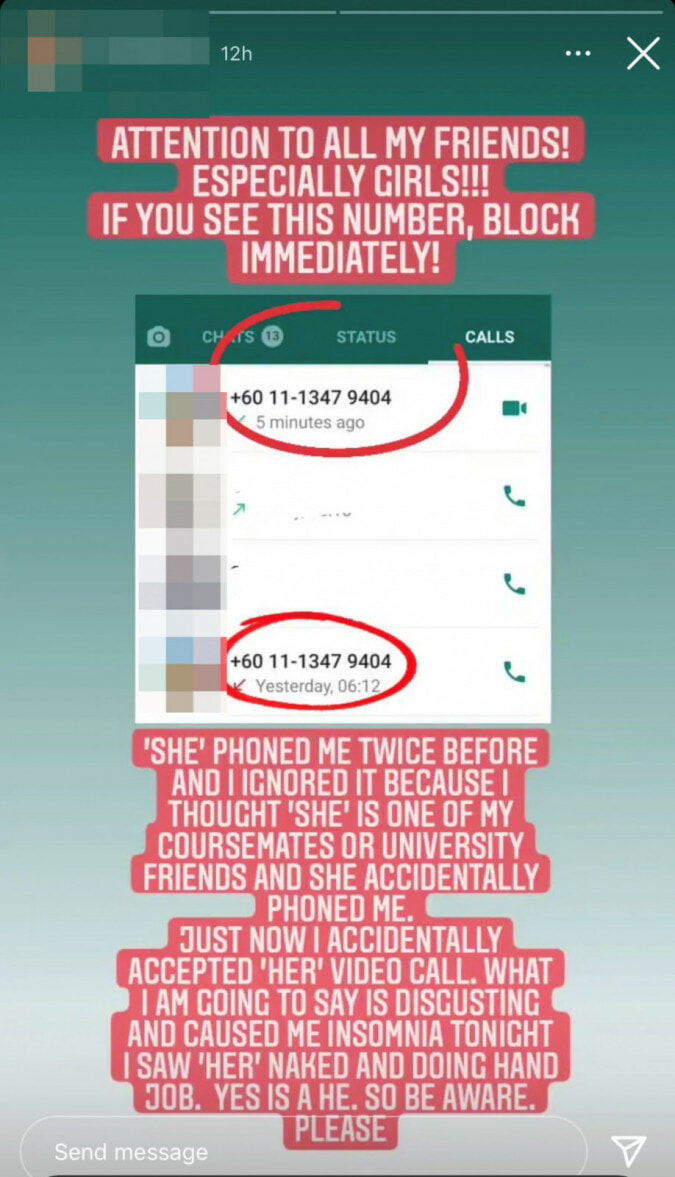 The victim shared that she initially thought the suspect was a girl as he used a photo of one of a woman who appeared to be around her age as his profile picture. “‘ ‘She‘ phone called me twice before and I ignored it because I thought ‘she‘ is one of my coursemates or university friends, and ‘she‘ accidentally phone called me,” she wrote.

When Wei Wei accidentally accepted ‘her‘ video call yesterday, what she saw disgusted her and caused her to have insomnia on that night.

Wei Wei told WORLD OF BUZZ that the man actually tried to call her on WhatsApp several times before, but she has been declining the calls until yesterday, 22 February, when she accidentally picked up the video call. The first and second time he called her was around 6am in the morning.

She also added that previously someone who has a different number also video called her several times but she didn’t accept the call. However, she is unsure if it is the same person as it was a long time ago.

Wei Wei said she noticed that the suspect has changed his profile picture twice, both to pictures of a Malay girl. She urged netizens to stay vigilant and be wary of calls from this phone number. 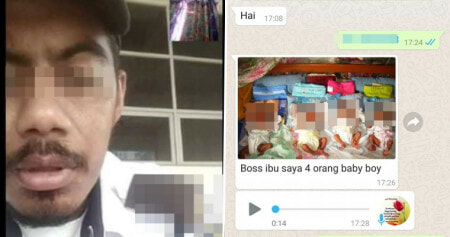