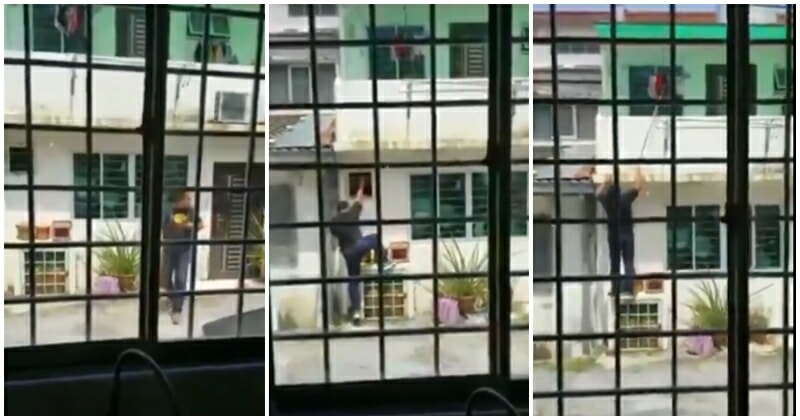 Residents living nearby the Damai LRT Station should be wary of an underwear-stealing pervert being potentially on the loose in the area.

@999Malaysia tweeted a video of a man clad in black attempting to steal underwear off a balcony which was recorded by another resident.

the 1-minute video saw the pervert failing his attempt after a concerned resident raised much ruckus to scare him away.

“Wey apasal lu? (Hey, what are you doing?)”, uttered by the resident scared the pervert away.

There was not much information on the incident, but other netizens reckoned where the possible location of the event could’ve been.

One netizen commented, “In a nearby gutter behind the Damai LRT station, I have seen heaps of women undergarments and short pants believed to be stolen by perverts. This must be the location.”

Netizens applauded the concerned resident’s effort for stopping the pervert dead in his tracks and offered the pervert a solution for his sick and kinky endeavour.

“If undergarments tickle your fancy, why not just purchase some at the shopping mall. Big or small, it is up to you to choose.”

Another began to question as to why perverts would risk it all for a piece of underwear.

“I think stealing underwear is now a trend. Is it for witchcraft or just purely sexual in nature?”

Please, please hang your undergarments more securely while perverts like these are out. Victoria’s Secret underwear is not cheap, you know! 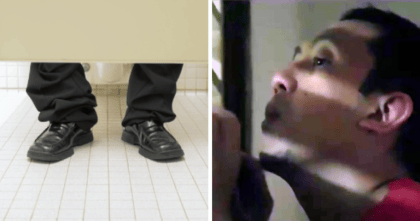