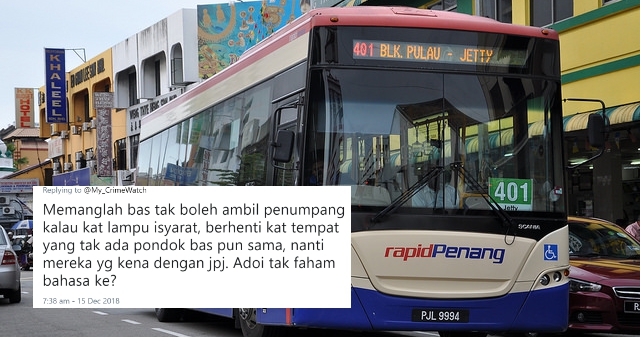 Following a viral video on Twitter showing a man assaulting a bus driver in Georgetown, Penang, the police have detained the suspect for further investigation.

The incident tweeted by @MY_CrimeWatch took place at around 8.30pm where a man allegedly assaulted a Rapid Penang Bus Captain for not opening its doors whilst stopping at a traffic light at the Lebuh Macallum junction.

The 29-second video showed the suspect punching and at spitting the bus driver whilst shouting obscenities at him.

According to the Timur Laut Chief of Police ACP Zaimani Che Awang, the bus was on its way to Komtar from Bandar Sri Pinang before stopping at the Lebuh Macallum junction.

As reported by MyNewsHub, ACP Zaimani said, “Whilst waiting for the traffic light to turn green, the man knocked on the bus door for the driver to open, but the driver refused to do so as it was not a designated stop zone and will pose a danger to other road users.”

“As the quarrel ensued, the suspect attempted to open the door from the outside of the bus.”

Following the fight, the driver made the decision to lock the bus doors and drive the bus to a bus station situated at Pengkalan Weld.

“The suspect, a 46-year-old male was detained by the Rapid Penang auxiliary police and was brought to the Lebuh Pantai Police Station.”

Netizens commenting on the video expressed their anger at the suspect, generally for not adhering to the law. 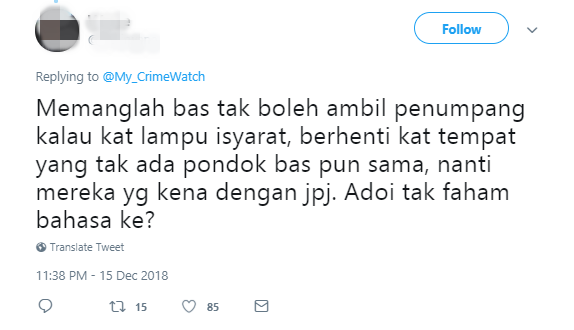 One netizen wrote, “Buses are not allowed to pick up passengers at traffic junctions or stop at places where there are no bus stops, in fear of reprimand by the JPJ.”

Another wrote, “Before taking the bus, please familiarize yourself with the etiquettes and rules.”

Some were also suggesting ways on how bus drivers should defend themselves in these type of situations in the future.

One wrote, “Next time bring a baseball bat. Should incidents like this happen again, just take a swing at it.”

Under no circumstances should anyone take matters into their own hands, especially when it involves breaking the rules.

Violence is not the answer!

Also read: Drunk Passenger Attacks Bus Driver While He was Driving Because He Missed His Stop 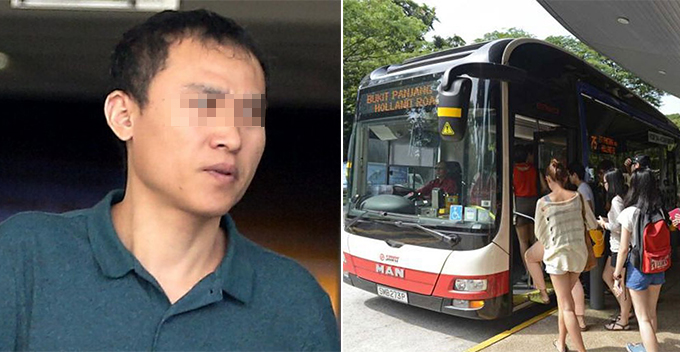