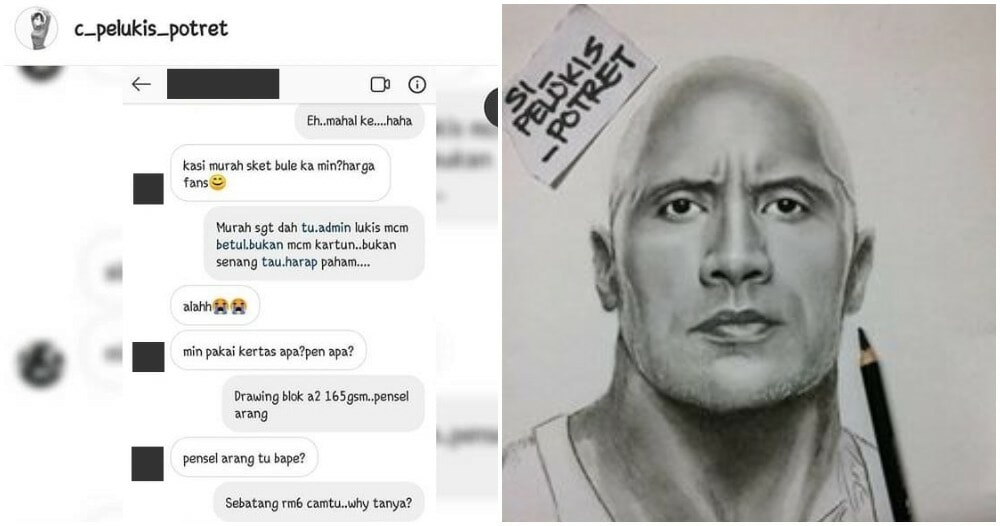 Recently on a Twitter post by Kimya, netizens were enraged over a customer asking an absurd price for a portrait drawing.

A local artist named Yasser received a message on his Instagram asking a portrait to be drawn for her sister. He explained for the costs for a drawing of two people in an A4 size paper is RM90 to which the customer replied saying it was too expensive.

The customer initially thought the price of the portrait might range around RM10 – RM20. She then proceeded to negotiate for a more “affordable” price but Yasser explained to her that it is not easy to draw a portrait as real-life as he does. She continued to question the tools he uses to draw such as asking what type of pen and paper he uses.

After the artist finished answering her questions, the customer began to doubt his RM90 pricing by saying that the price of pen and paper is cheap that it doesn’t even reach a modal of RM20. 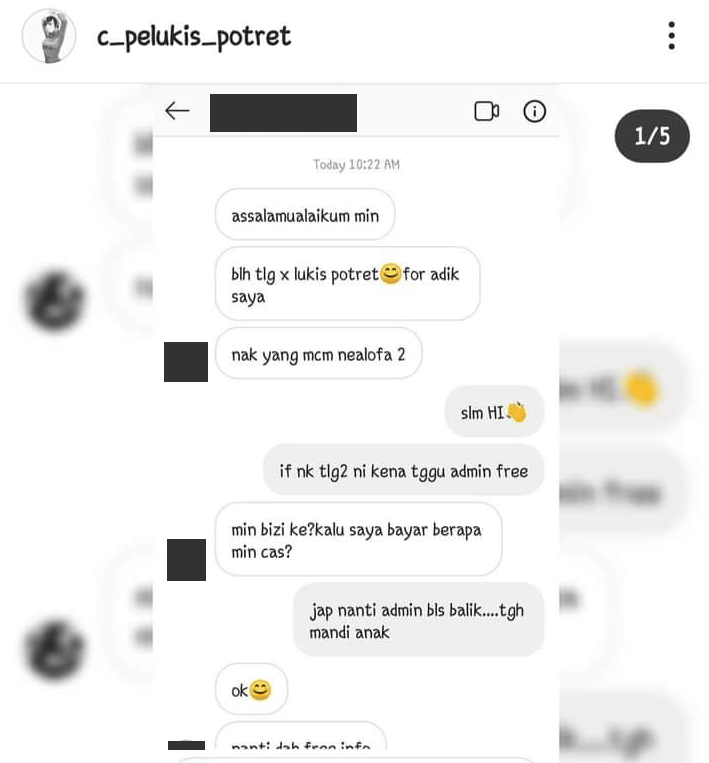 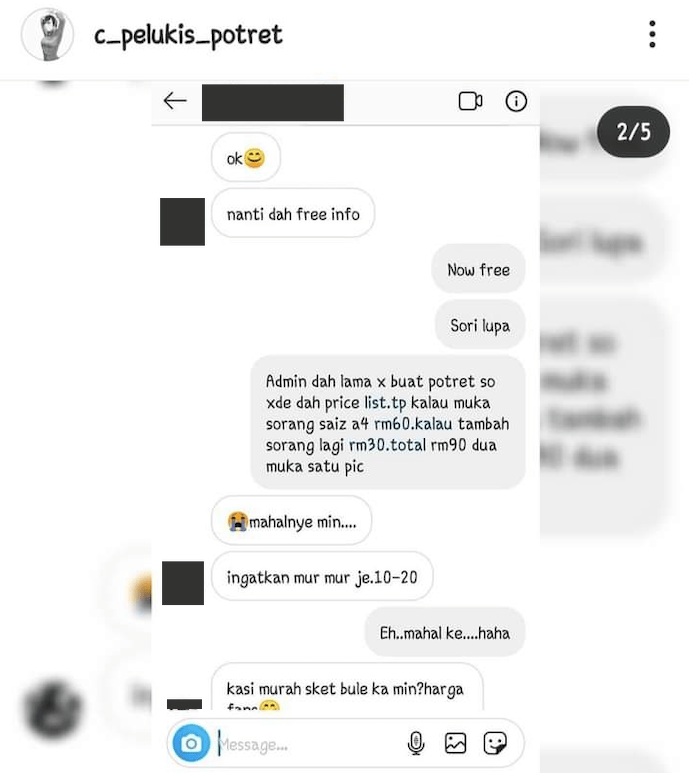 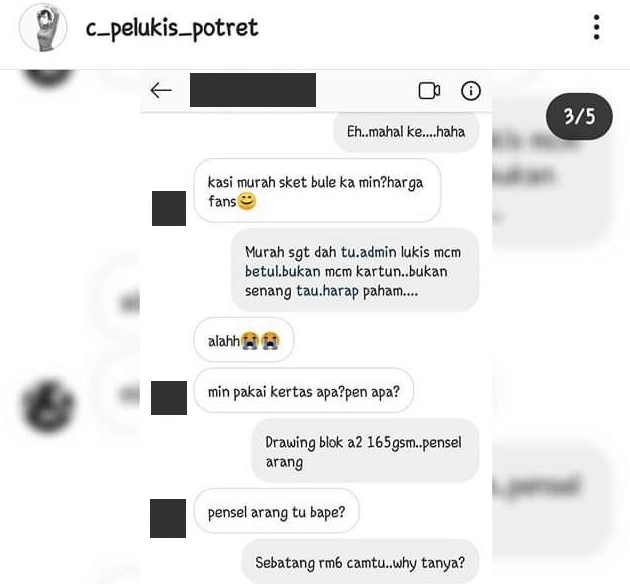 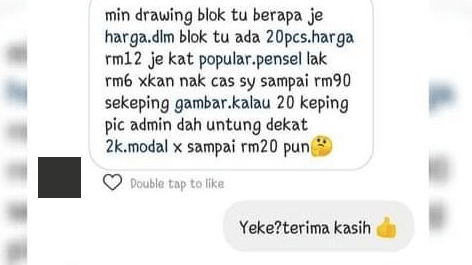 Speaking to WORLD OF BUZZ, Yasser expressed that he was sad by the encounter and it was not his first time either. Many of the customers he met would negotiate with him asking for a lower price. His own friends would ask him for a free portrait. Yasser has been so accustomed to his customers’ ridiculous behaviour that he just usually ignores their requests for a lowered price.

Yasser continued stating that his drawing usually takes up to 6 – 7 hours to finish. His eyes would become strained and it can be quite draining to sit by the table for hours perfecting his art. It’s completely understandable why he is frustrated when a customer asks for the price to be lowered.

He further expressed his opinion in regards to people’s perception of art and its value stating that some people don’t see any worth in drawings on a piece of paper.

He emphasised that the public should be understanding and considerate of not only the art but also the artist behind it because there’s a lot of passion and skills that go into perfecting a piece of art.

Here are some of the amazing drawings he has drawn! 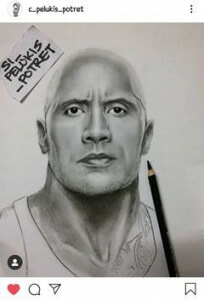 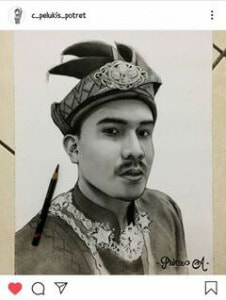 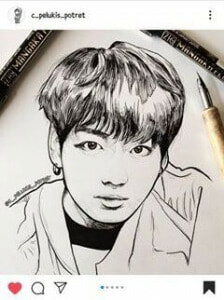 To support and see more of his artwork Yasser’s business follow his Instagram @c_pelukis_potrat and Twitter @cpelukis_potret. What are your thoughts on this? Sound off in the comments!