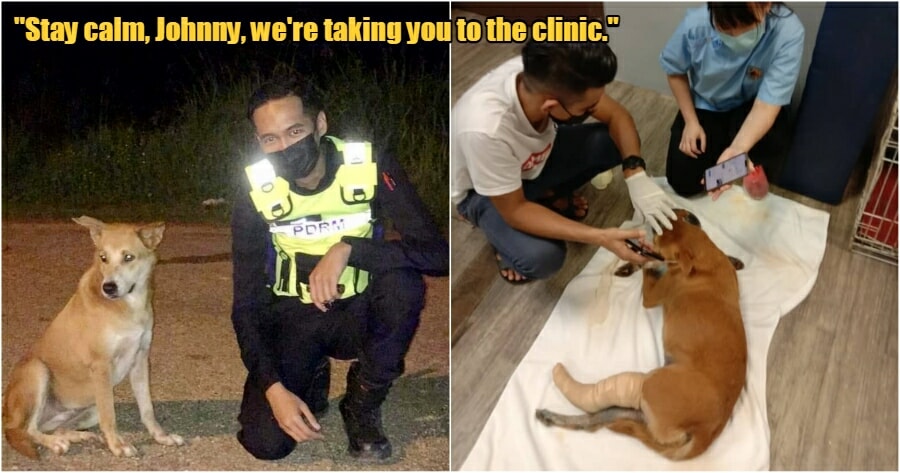 Stray dogs are oftentimes shunned by Malaysians who consider them a nuisance to society, which is why it is truly amazing to see the camaraderie of three police officers who did everything they could to save their best pal, a stray dog who has been keeping them company at their roadblock in Kota Tinggi, Johor, for about a year now.

Kuan Chee Heng, better known as Uncle Kentang, took to his Facebook to showcase how the officers had come together to save the dog after it had broken its leg and was seriously injured on its stomach. While the cause of the injury was unclear, it was certain that the officers were unwilling to leave their bud behind. 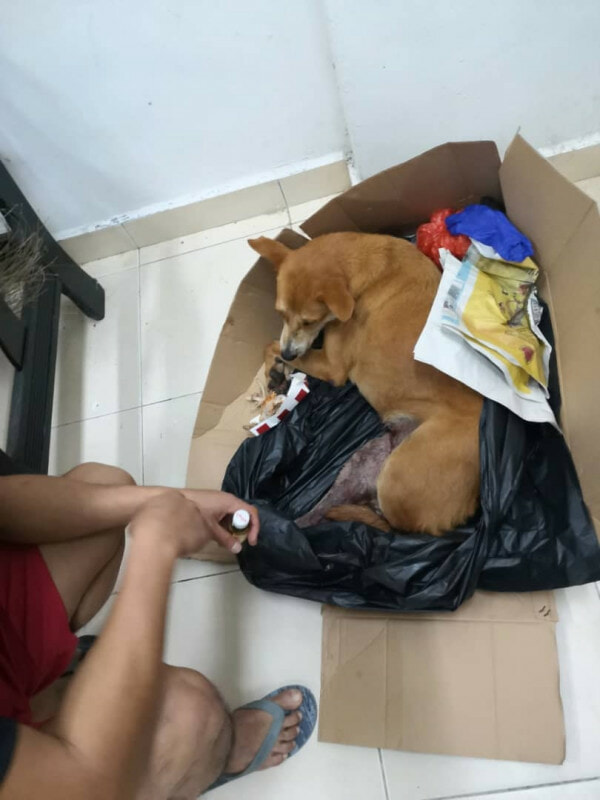 He wrote, “They are Muslims and they are members of the Kota Tinggi police. They don’t have much money, but they didn’t give up on saving the dog, Johnny. Salute to these three police officers. They are indeed noble. It was sad to see these three officers rescuing a dog that accompanied them for almost a year at the roadblock in Kota Tinggi. They named the dog Johnny and considered it their best buddy.”

As the police officers gently tried to transport Johnny off the road, after finding him injured, they could be heard comforting the dog, saying, “Stay calm, Johnny, we’re taking you to the clinic.”

Johnny ended up having to have his leg amputated, costing RM3,000. 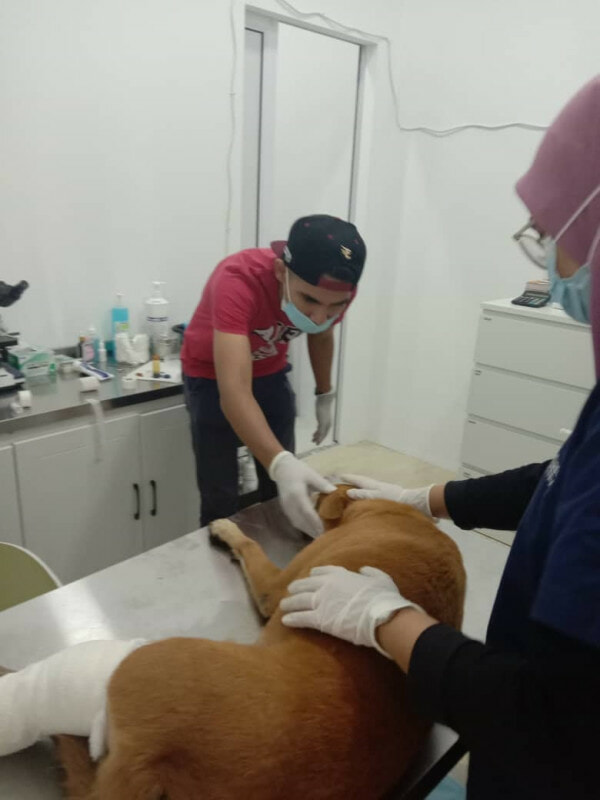 “They have been referred to a vet in Johor Bahru. These police officers truly have so much love for the dog,” Uncle Kentang added in another post.

The officers not only took the poor dog to Johor Bahru for emergency medical attention, but they also managed to pay off Johnny’s high veterinary bills, with Uncle Kentang’s help. 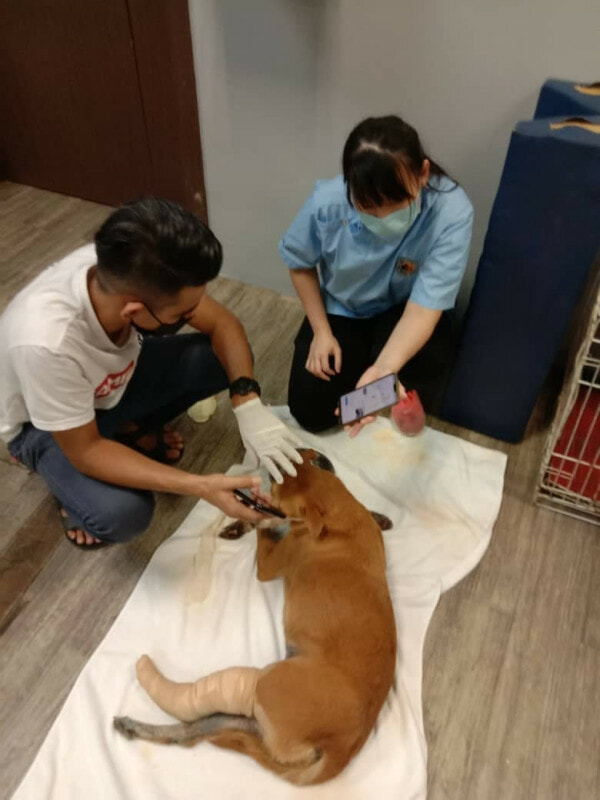 “The cost might have touched thousands of Ringgit, but these police officers said that they’ll try to save the dog, no matter what. Because, that’s their buddy from when they’re alone in the middle of the night, and when it’s pouring rain, Johnny would always accompany them.”

“As buddies, these three officers pooled money together for Johnny’s treatment. One of the best human efforts ever,” Uncle Kentang shared.

Check out this adorable video of one of the officers playing with Johnny:

We hope that Johnny has a speedy recovery so that he can get back to work, accompanying the officers through their roadblock duties and keeping them smiling through the difficult days of the pandemic. 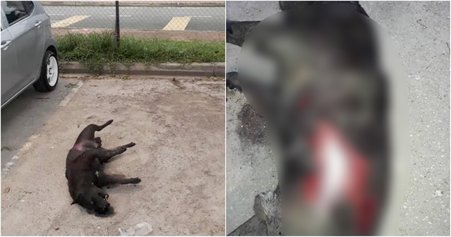