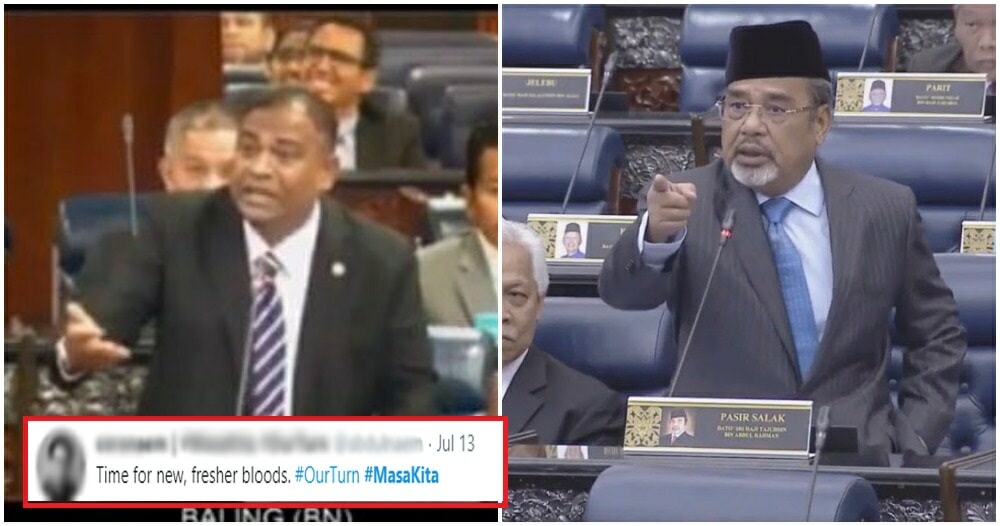 This week has been an ordeal for many Malaysian millennials politically. Seeing senior politicians express racist and sexist views, unmindful that the whole nation is watching them.

Millennials are FED UP and to show the world what they feel, the hashtag #masakita or #ourturn is trending. The hashtag is to indicate how younger Malaysians are asking the older politicians to step down and give millennial politicians the chance they deserve.

Minister of International Trade and Industry, Datuk Azmin Ali tweeted using the hashtag regarding the week in Parliament and how they should “learn from the young.”

Unsurprisingly, netizens did not take it well and reacted with their displeasure towards the minister even using the hashtag. 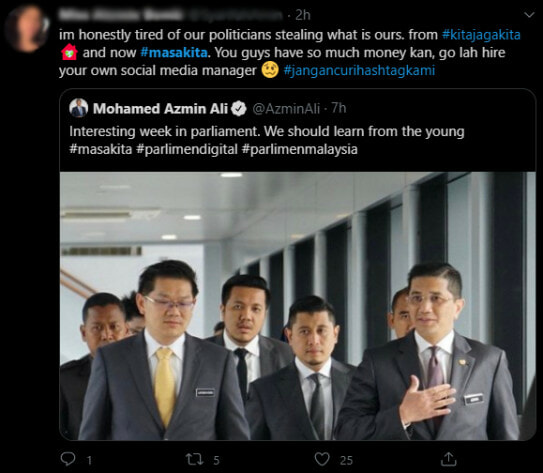 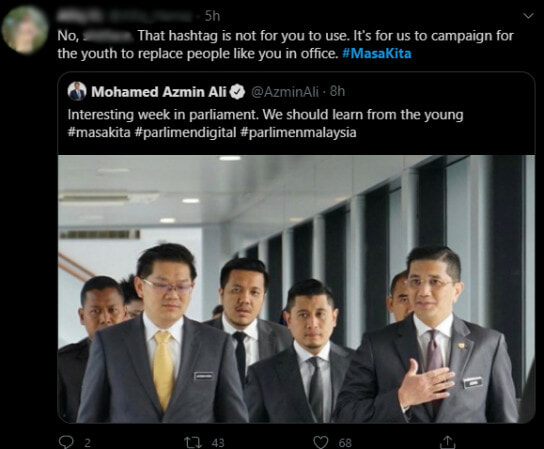 Ultimately, the hashtag is to indicate the disappointment Malaysians are feeling and the changes we would like to see in the future.

Jean Vaneisha, Secretary-General of the NGO Challenger Malaysia, spoke to Astro AWANI today regarding the issue and how it isn’t an attack on “old people” just outdated policies.

“We’re tired of old politics and the rakyat not being the centre point of their arguments. It was evident in their points that we were not their priority.”

When one is given the floor to speak, let them give their points and debate with maturity, not heckling and throwing condescending words just because @SyedSaddiq as Muar MP is among the young MPs below 35.#ParlimenDigital members were better than these lot. #MasaKita #Ourtime pic.twitter.com/kXUfpIRuNf

What has been your overall thoughts regarding the Parliament happenings this week? Let us know in the comments section!