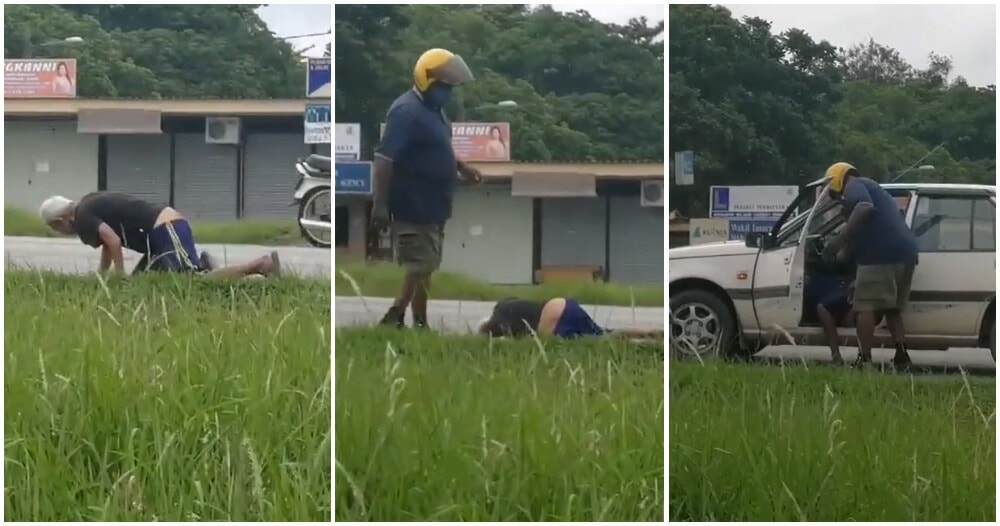 The existence of social media has brought cases like this to light.

On 26th May, a Sungai Siput community page posted a tear-jerking 2-minute video on the struggles of a certain old man. The video has since gone viral with 1,300 shares and it has been viewed 60,000 times.

The video starts off by showing an old man crawling slowly beside the road. It was drizzling at that time and there were cars that were coming and going but none of them really stopped to check on the poor old man.

From the opposite lane, a man on a motorcycle saw the crawling man and slowed down. When he saw that there were no cars, he quickly swerved into the lane and stopped next to the old man. At that time, the elderly man already looks as if he was exhausted and had collapsed onto the ground. The motorcyclist quickly went to pick up the frail man and helped him to steady himself. 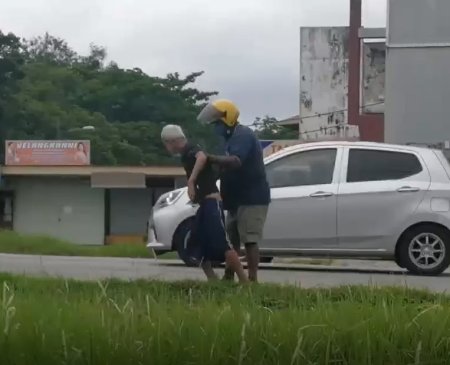 They talked for a while and then a man in a white Proton Saga reversed his car and asked them if there was a problem. It seems like the Proton Saga driver offered to drive the uncle home, so the motorcyclist helped him into the car gently. 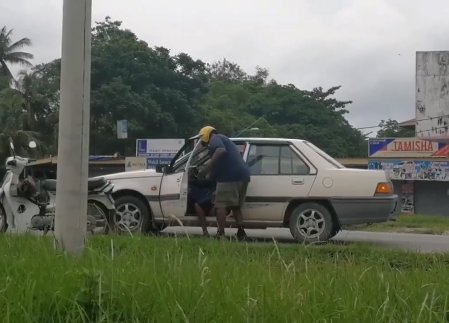 Once the uncle was belted in, they went off on their separate ways. According to Nanyang, this incident happened in Taman Suppiah Pillay, Sungai Siput opposite an old Rex Cinema.

Netizens in the comments section were thankful for the help of these kind Samaritan. However, their opinions are divided as some say the camera person should have helped while others say that they are helping by making the video go viral to raise awareness. 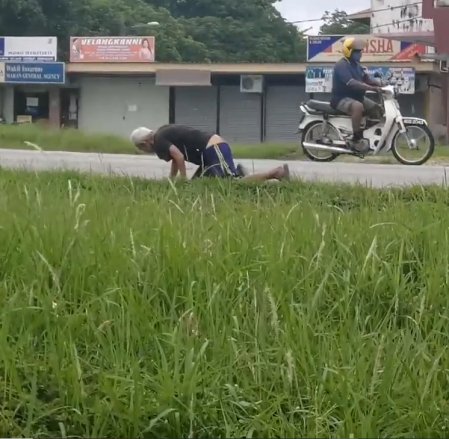 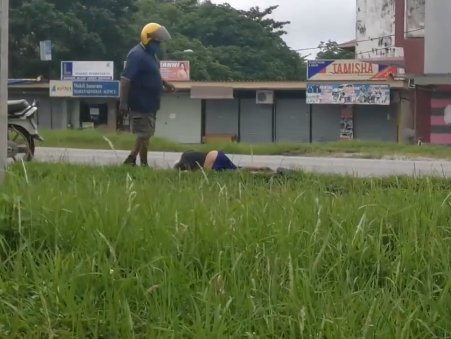 No matter what, we are thankful that the two men helped the uncle when no one else would! What do you think about this? Tell us in the comments!

Also read: 78yo Found Living Among Trash In Negeri Sembilan, Saved Thanks To Concerned Neighbours