In lieu of Jaya Grocer closing down its non-halal section in the Puncak Alam branch, Malaysians have continued to express their disagreement and outrage, going as far as to create an online petition to have the section reopened not long after it initially closed.

Following the opening of Jaya Grocer’s Eco Grandeur, Puncak Alam outlet on 2 December, local residents started complaining about the selling of alcohol in the supermarket, with a petition asking for the section to be closed down gaining over 6,000 signatures.

The very next day, local assemblyman, Shaid Rosli,  submitted a memorandum to the management of the Jaya Grocer outlet about these complaints, and the non-halal section was then shut down almost immediately after.

Jaya Grocer has also made their own statement regarding the matter on their Facebook page, where they write: “Dear all, thank you for raising this issue. Rest assured that your concerns have been heard.”

However, despite the closure of Jaya Grocer’s non-halal section receiving positive responses on Shaid’s Facebook post, other local residents aren’t as happy about this course of action.

Malaysians started to voice out their disapproval on Jaya Grocer’s Facebook page, commenting on their posts and criticising how this act undermines the non-Muslim residents in the area.

“Not only one religion staying in Puncak Alam. How about others? We happy when Jaya Grocer announced about opening but really disappointed,” commented one user.

“‘Jaya Grocer is for Muslim customer only, non-Muslims should stay away from Jaya Grocer’, that is what I’m feeling now…” said another. 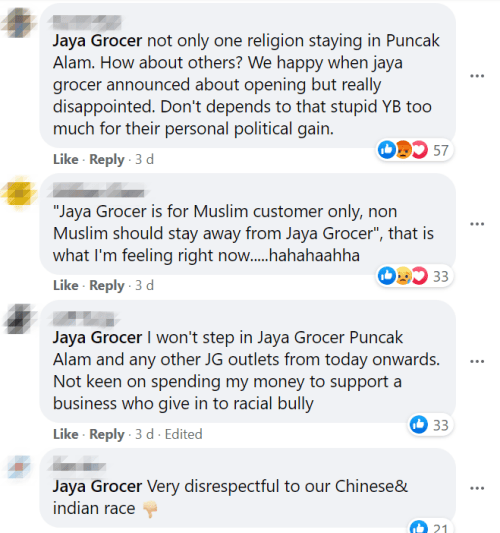 Opposers of this closure have since made an online petition of their own asking for the re-opening of Jaya Grocer’s non-halal section. As of right now, the petition has over 11,500 signatures, 4,000 away from its 15,000 goal.

“Non-halal section at Jaya Grocer Puncak Alam to be re-opened back. As there are more than 20% of non-muslim families staying nearby the area. Please do hear on non-Muslim’s voices also,” the petition reads in part.

Signatories for the petition have left their reasons for signing this petition, with Muslim and non-Muslim signatories alike agreeing that we should just respect everyone’s choices regardless of what they may be. 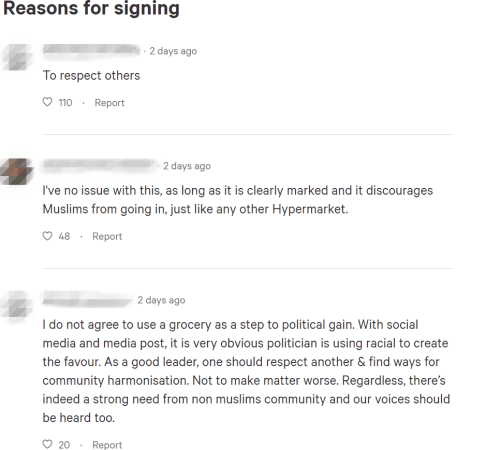 Well, what do you think? Should Jaya Grocer re-open their non-halal section or should they just keep be closed for good? 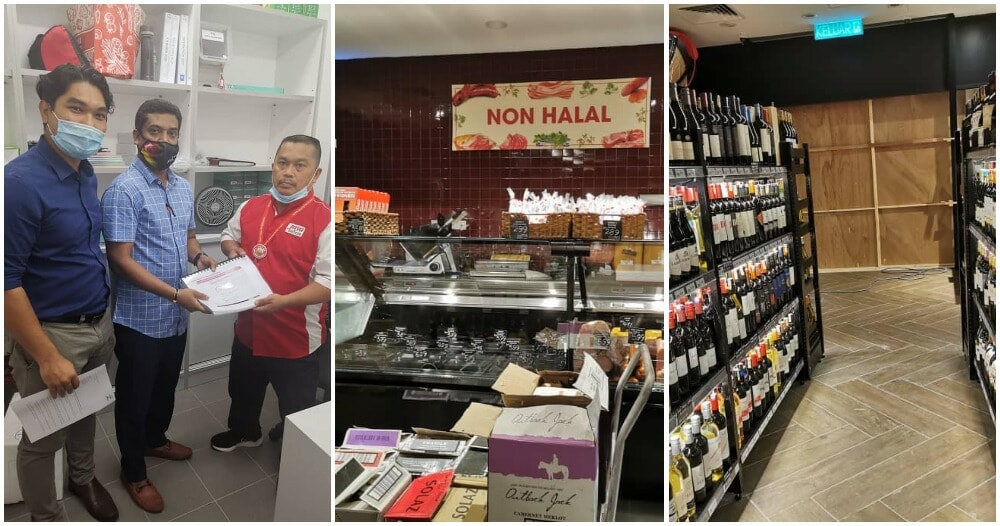