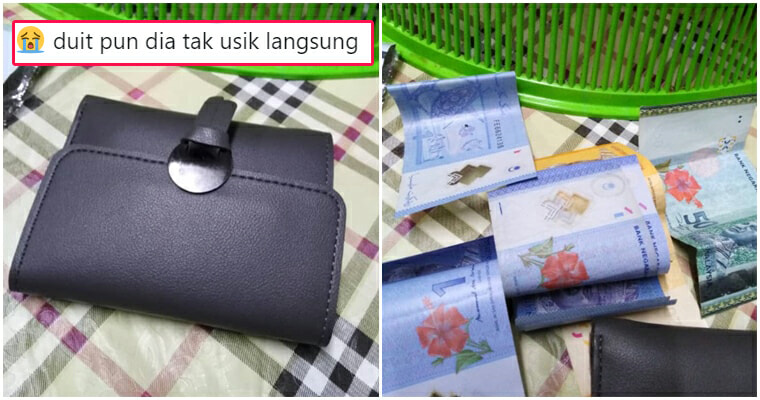 No matter how meticulous you are, you can never skip the dreadful ‘I have lost my wallet‘ situation at least once in your lifetime. It’s like a fever, it’s annoying but unavoidable and it’s bound to happen somehow. Sometimes it’s not your wallet, but something of equivalent value.

But if you are the one of the majority who’ve lost something valuable like a wallet before, you know how bad it feels. So just imagine this girl’s feeling of relief when an anonymous person actually posted her wallet that she had lost back to her hometown.

Posted on Twitter by Raudah, she was shocked to get a call from her mother back at their hometown saying that her wallet was sent there!

“Wehh,  I lost my wallet the other day and just today my mother called and said that someone posted my purse back to my hometown. I was so shocked! I don’t know who sent it but the person didn’t take a cent.”

WOW! Hats off to whoever it was! To think that the person would be so thoughtful as to look inside and check on her address, and they even used their own money to mail it! 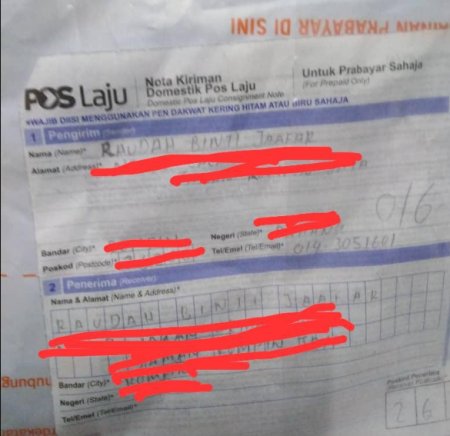 You wouldn’t even know who sent it because the sender used Raudah’s name and address on the sender and receiver’s details. Genius!

What an honest person!

“Such a kind-hearted person!”

“Thank god, what an honest person.”

“There are a lot of honest people in this world. Trust me.”

At the end of her thread, Raudah advised everyone to place both their phone number and current address in their wallets just in case.

Well, that is a bit of informative advice. Surely we can’t avoid losing our stuff, but at least we have tried our best and have taken precaution steps to counter this problem. Be mindful over your belongings ya! 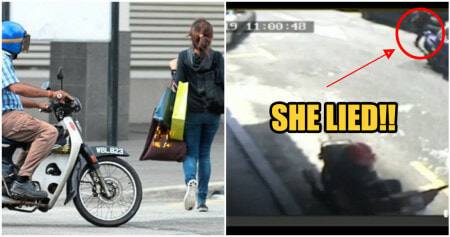