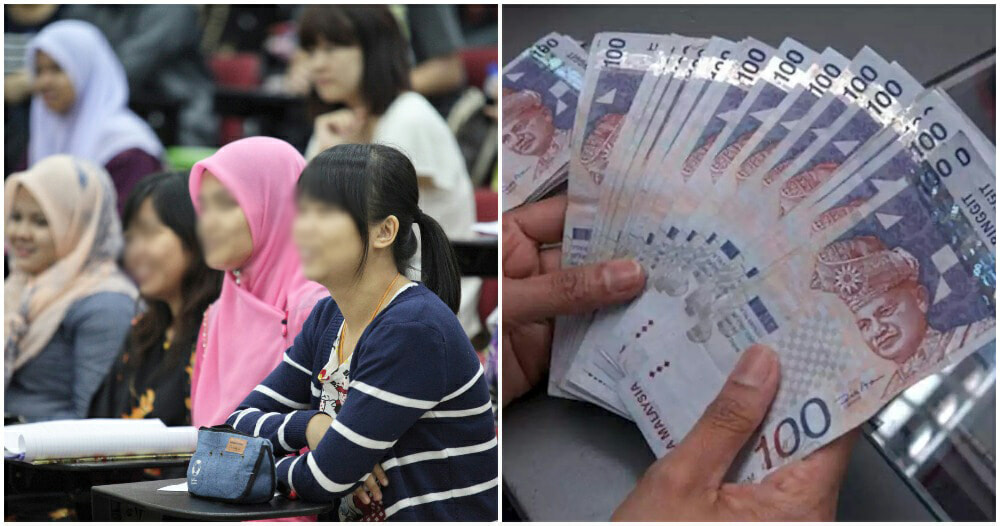 Being a university student is not easy, you’re away from home and have to deal with 891,241,924 assignments, tests and projects while maintaining some semblance of social life.

The biggest struggle of being a university student however is the lack of MONEY! Who remembers making Maggi and Hup Seng as your staple on those empty bank account days? Well, apparently, not all uni students are on the same boat according to a confession made in a local uni group. 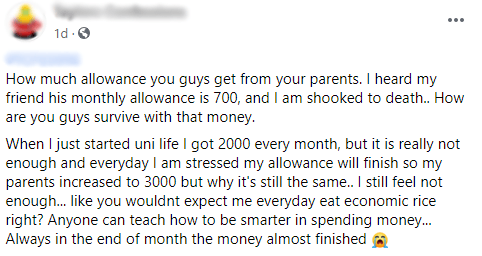 The confessor was surprised at how their friend was able to survive with an allowance of “only” RM700. When the confessor just started university, they got RM2,000 monthly and even that wasn’t enough and they would be stressed that the money would finish so their parents increased their allowance to RM3,000.

“I still feel like that’s not enough… like you wouldn’t expect me everyday eat economic rice right?”

The confessor asked everyone for tips to be smarter in saving money as their money always finishes at the end of the month. To no one’s surprise, the post received extreme backlash with many calling the confessor a rich, spoilt brat. 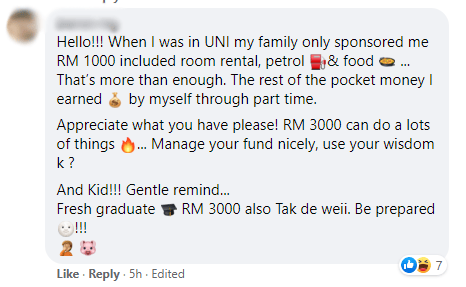 In an attempt to rectify the situation, the confessor posted another confession breaking down the RM3,000 they get monthly. 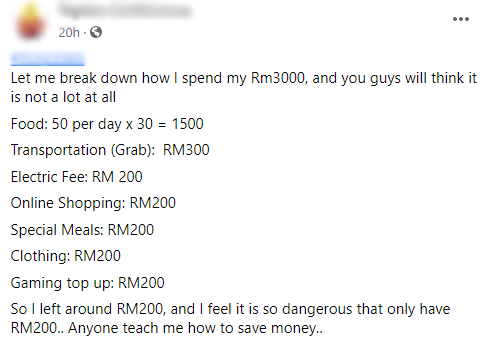 Somehow, even this rectification did not sit well with netizens as most of them started criticising the confessor even more by the money they spent.

Unable to handle the backlash, the poster finally made a post asking people to stop the bashing and that it’s cyberbullying.

Well, mo money mo problems? This confessor is a prime example of being mindful of what you post online. In other news, check your privilege once in a while. What may seem like a small amount for you is more than what some earn in a month after hard work! 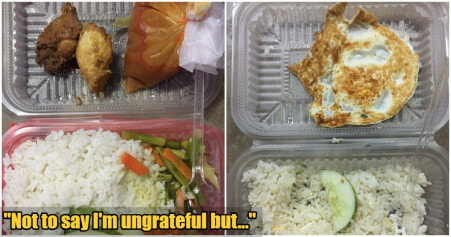