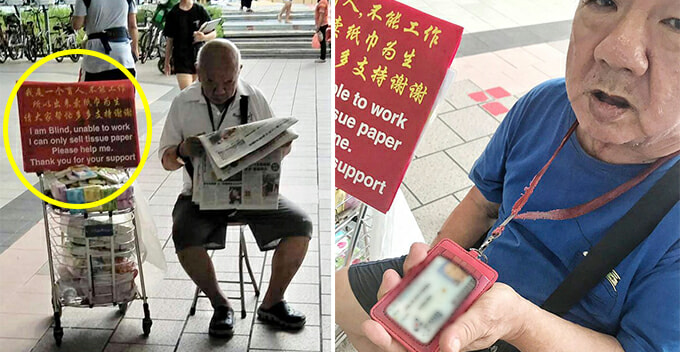 It’s a common thing to be approached by someone offering to sell us packets of tissue. We might not particularly need the tissues at that time but we buy it and hope that it would at least help them out a little.

Just recently, a picture of a Singaporean uncle selling tissues went viral. Why, you ask? Well, you can check it out for yourself: 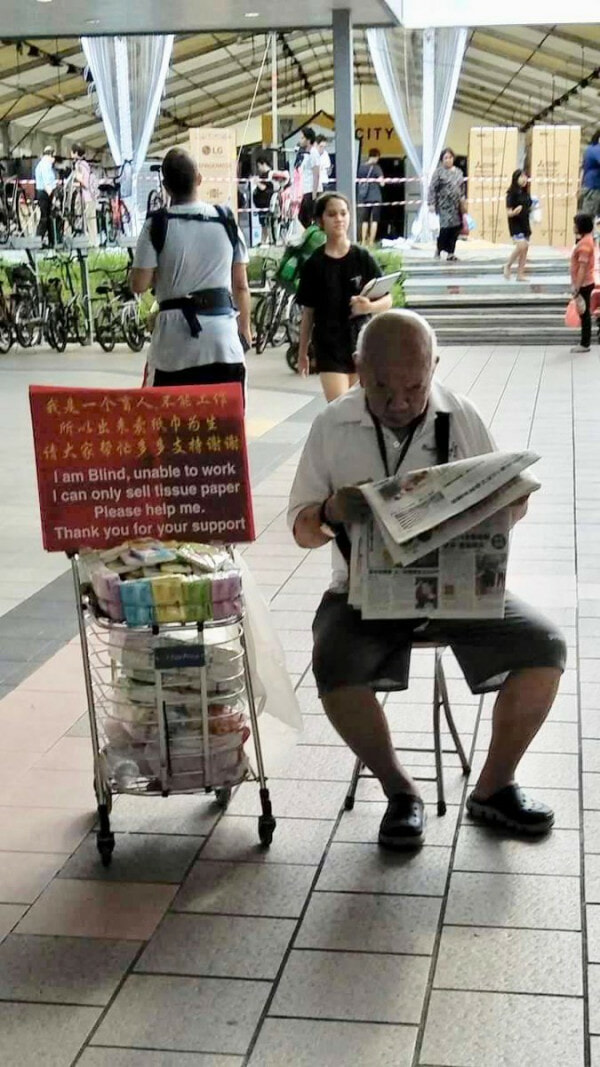 As you can see, he is reading a newspaper (nothing unusual) but there’s a sign next to him that states,

“I am blind and unable to work. I can only sell tissue paper. Please help me. Thank you for your support.”

Of course, netizens had their own opinions on this situation. Here are a few:

While some of them were telling others not to help or donate to these “scammers”, a few other netizens defended him by saying he’s just trying to make an honest living.

Shinmin Daily News decided to approach the uncle who was in Tampines, Singapore. When he was questioned, he shared his side of the story, according to Goody Feed.

The truth is, this 72-year-old uncle named Liu Zhen Xian is completely blind in his right eye and visually-impaired in his left eye. He even has an official ID from the Singapore Association of the Visually Handicap to prove it! 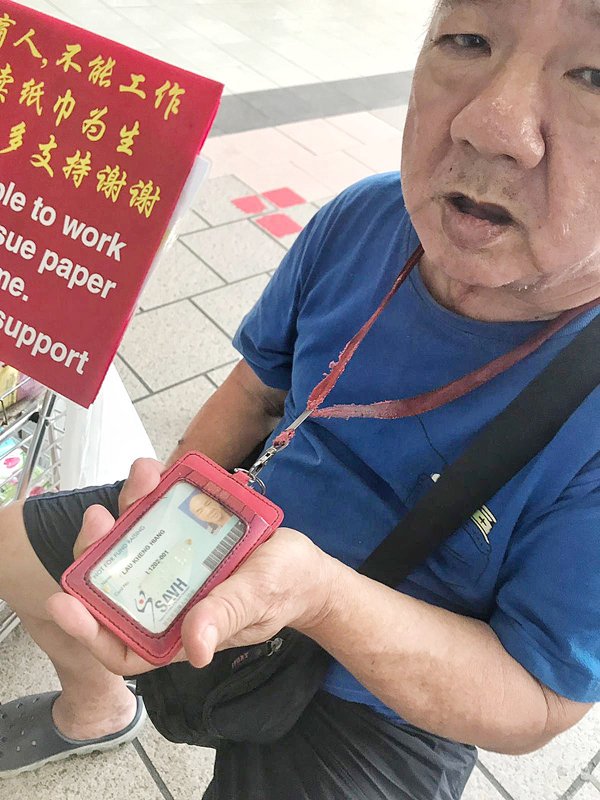 He mentioned that his right eye was injured due to a marble when he was in his 20s while his left eye suffers from deterioration caused by his age. He has trouble seeing in low-light conditions but he still sticks to his long-time habit of reading, even if his vision is limited.

The uncle was distraught when he found out that netizens were accusing him of being a conman and scamming the public. 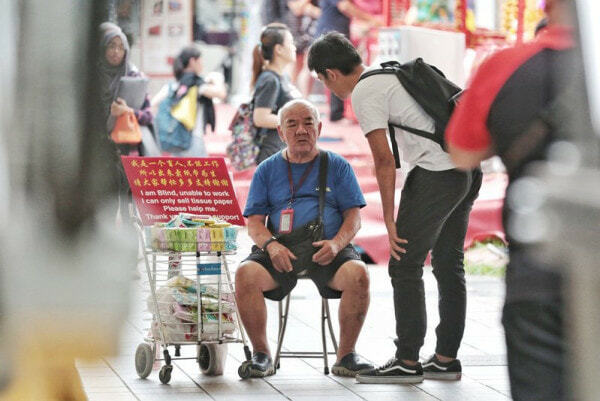 Poor uncle! He doesn’t deserve this!

According to My Blurred World, 98% of people who are registered blind or severely visually-impaired still have some remaining vision, even if it’s just a little bit of light perception. Interesting!

Regardless, let’s try to avoid speculating things and spreading it online without proof of verification. You do not know how it will affect a person’s life! 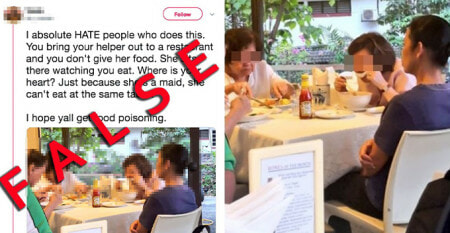