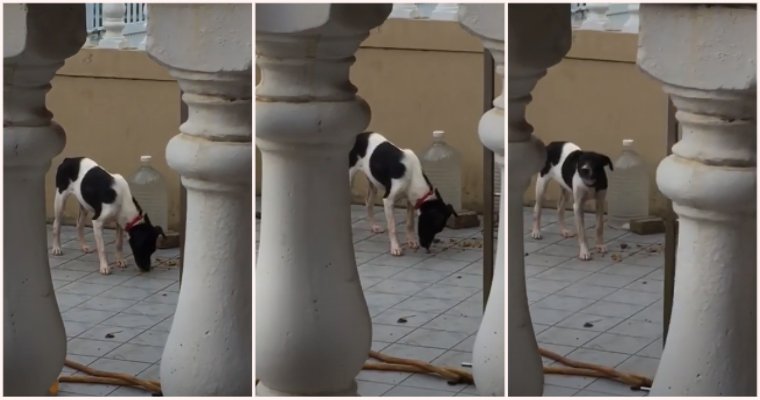 Having a pet comes with responsibilities. It means having to feed and clean up after your pet, making sure it gets enough exercise and more.

One dog owner, apparently due to their busy schedule, has neglected their dog to a point where out of complete hunger, the dog has resorted to eating its own faeces as showcased on the Malaysia Animal Association‘s YouTube channel, Animal Malaysia TV.

The Malaysia Animal Association went on to explain on their Facebook page that a neighbour who made the complaint to them originally assumed that the dog was eating its own faeces because of bad habits, but upon observation and information from other neighbours, they managed to confirm that the dog is neglected and is forced to eat its own faeces out of hunger.

“The results of our monitoring at Taman Impian Ehsan, Balakong, Selangor. The owner is only back on the premises after 8pm and leaves the house as early as 8am without cleaning up the dog’s waste and without giving it food first,” they elaborated.

In the video, another dog could be seen in a cage.

“A report to the Selangor State Department of Veterinary Services has been made and the Malaysia Animal Association hopes that the improvement notice in the Animal Welfare Act 2015 will be adopted to educate such stupid owners,” they ended their posting.

It’s truly sad to see dogs having to suffer under the hands of humans as even stray dogs at least have the freedom to roam around and look for food.

We genuinely hope that the authorities look into this matter and help the poor dogs that are trapped under the care of an irresponsible human being.