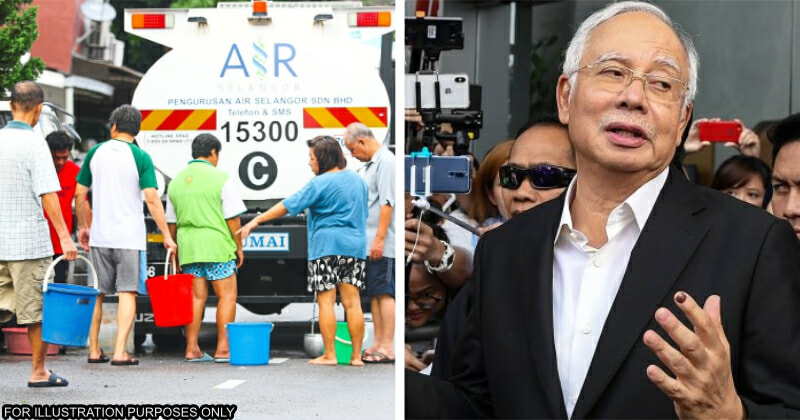 As reported by Utusan, Najib pointed the finger at Pakatan Harapan (PH) for Selangorians’ water woes and said that the Selangor State Government has failed to resolve the issue despite ruling the state for 10 years. Moreover, the Member of Parliament (MP) for Pekan also blamed the constant water issue with the PH government rejecting the Pahang-Selangor raw water supply project proposed by the previous BN government.

Besides that, Najib also blamed the PH government for the floods in Selangor, saying that such disasters won’t happen if PH didn’t cancel the flood barrier and water reservoir projects proposed by the previous BN government. He then stressed that PH has failed to prioritise the rakyat.

“The Pahang-Selangor raw water supply project was rejected by PH. Because they see that proposal as being from the previous BN government so they reject it, if not, the water woes in Selangor would have long been resolved.” 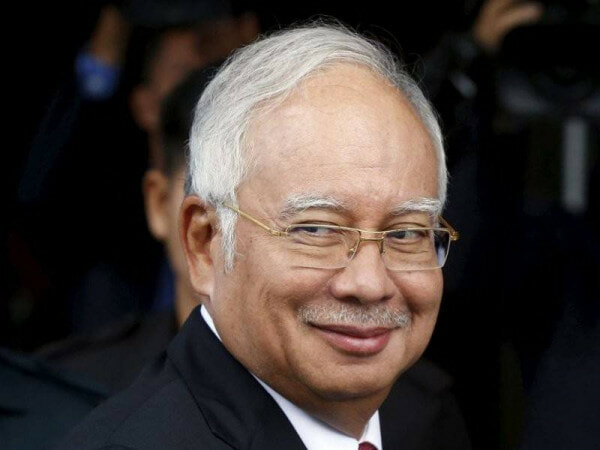 “Secondly, if the flood barrier project was not also rejected, the massive floods in the state won’t happen. In fact, even after 14 years, they (PH) can’t even take care of the Shah Alam Stadium. PH has failed to prioritise the people,”

Najib further claimed that the state’s growth has been far slower than other states in Malaysia for the past 10 years under PH rule.

So, what do you guys think of this statement by Najib Razak? Share your thoughts with us in the comments. 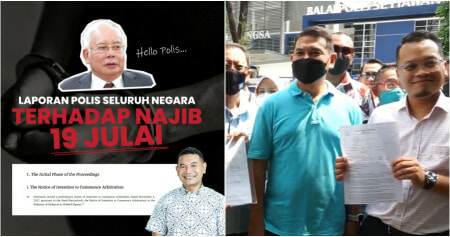