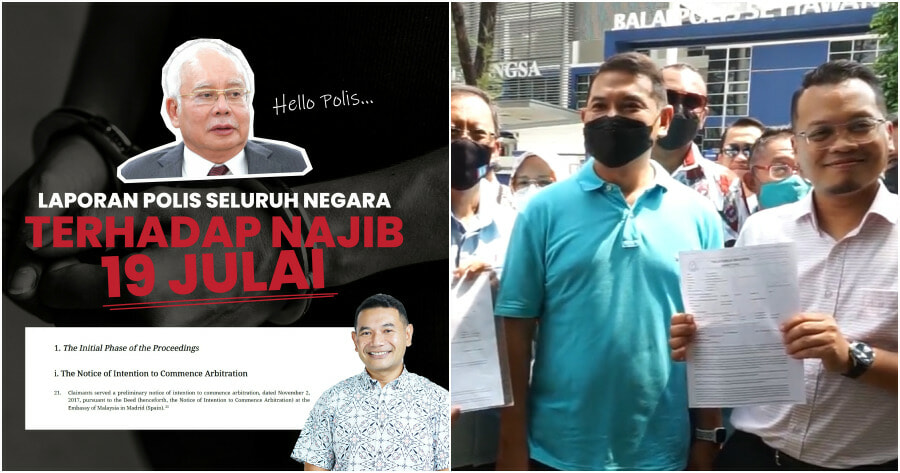 Following his appointment as the Deputy President of PKR, Rafizi Ramli has been swift in taking action against those who fail to act on their claims.

Just today, he lodged a police report against former prime minister Datuk Seri Najib Razak for failing to act on the claims by the self-proclaimed heirs of the Sulu sultanate.

At a press conference outside the Setiawangsa police station, Rafizi led a delegation of leaders from the party and said that Najib had failed to take action after halting the lease payment to the heirs in 2013. 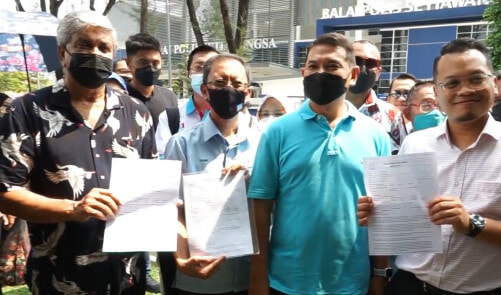 Previously, Rafizi and PKR vice-president Nik Nazmi Nik Ahmad said that they would lodge police reports against Najib for alleged “negligence” over the claims by the self-proclaimed heirs of the Sulu sultanate.

On Sunday (July 17), Rafizi even called for police reports to be lodged against Najib nationwide over allegedly misleading social media posts and called for the public to join him.

However, in an immediate response, Najib took to Facebook to say that he had never lied in any of his social media posts and that he was merely stating the facts. 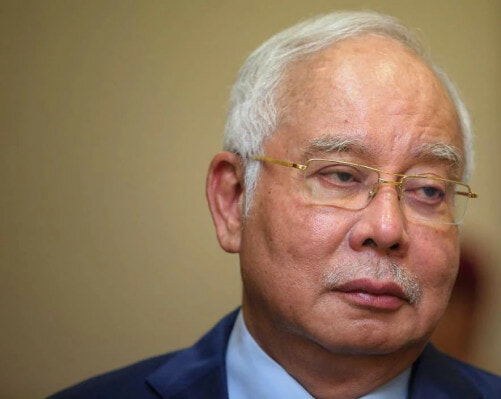 Called on the public to also lodge police reports

Yesterday, Rafizi took to his Twitter to call on the public to join him in lodging a police report against Najib. 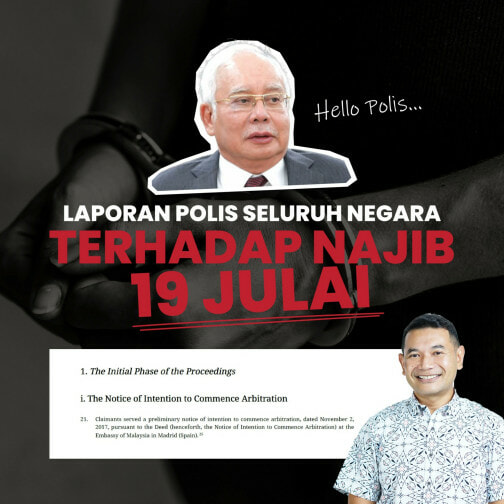 Apart from stating his intention, Rafizi even included a draft police report against Najib where anyone can simply fill in and file at their respective police stations. 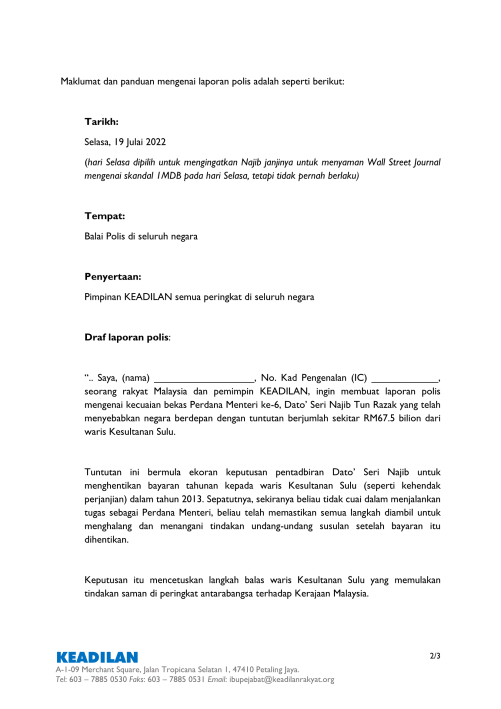 Praised for the initiative

His post about the draft police report has garnered plenty of attention and currently sits on over 3,183 likes and 1,728 shares. Plenty of Malaysians praised the initiative and stated that they will be getting involved.

“Well done Rafizi. One drastic action that should be supported by all of the rakyat. I support this initiative, hopefully it will result in a positive change and teach a lesson,” said a user.

Another commented, “Every Malaysians must do the same thing tomorrow (today)… together we will go down to the ground and lodge a police report against Najib.”

“(This is the) best action so far since they refuse to discuss this in parliament. When you open a case, normally everything will be revealed,” said another user.

Despite praises by netizens, Najib says that the initiative is a waste of time and will mean nothing. In a Facebook post responding to the fact that over 100 police reports have been lodged, since it will just be treated as a single report.

“So, what’s the point of making 100 identical police reports? Lots of free time for this gang, I guess. Troublesome for the police. Eventually, all were sent to one station only to investigate the cause of the same thing. Copy and paste.”

“After the investigation, maybe more than 100 people will be charged for false reports because the real negligent is on the PH government cabinet, which never discussed the demands of the Sulu representative and never spoke on this issue during their tenure,” he added.

Do you think that it will bring about real change?

Also read: Only 4% Of Malaysians Want Najib Back According To PKR VP, Rafizi Ramli 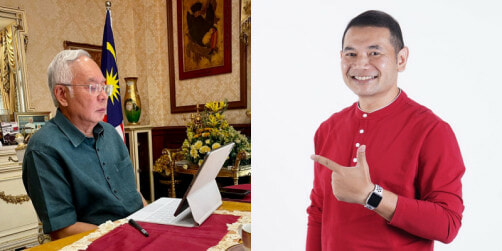