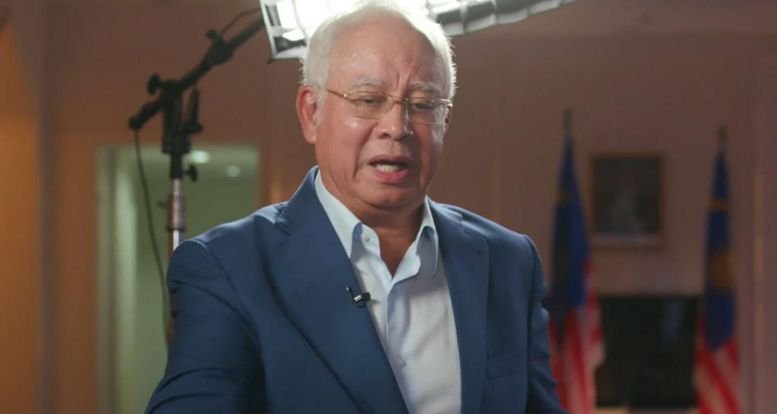 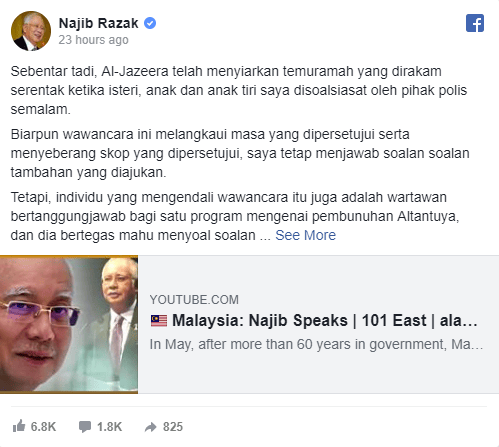 Taking to social media, Najib explained that the interview itself exceeded the time limit and the scope was not tended to accordingly.

He said Jolley persisted in questioning him about the murder of Mongolian translator Altantuya Shaariibuu, even though he had denied any involvement in the case numerous times.

“Although I answered numerous questions about Altantuya and 1MDB, which were not in the agreed scope, the reporter named Mary Ann did not want to return to the original topic, which was about my legacy and the economy.”

“In fact, she persisted with the Altantuya issue and 1MDB, which is under due process in the courts, and she interrupted me while I was answering (her questions) numerous times to associate Jho Low with me, even though I had answered about Jho Low’s role when we started the interview.

“That was why I took the decision to stop the interview, because it did not follow what had been agreed upon, and it was not fair to me.”

Al Jazeera’s 101 East exclusive interview became the talk of the town after Najib Razak walked out of the interview after being placed in the spotlight by Mary Ann Jolley.

In a separate posting, Najib echoed his statement that he was in no way related to Altantuya, adding that the image depicting him sitting with Altantuya was a fake.

“I am astounded as to why many remain unaware that Tian Chua of PKR himself said that the photo was edited,” he wrote.

Apparently, Tian Chua acknowledged that the photo was fake and that he was not responsible for the dissemination of the picture. 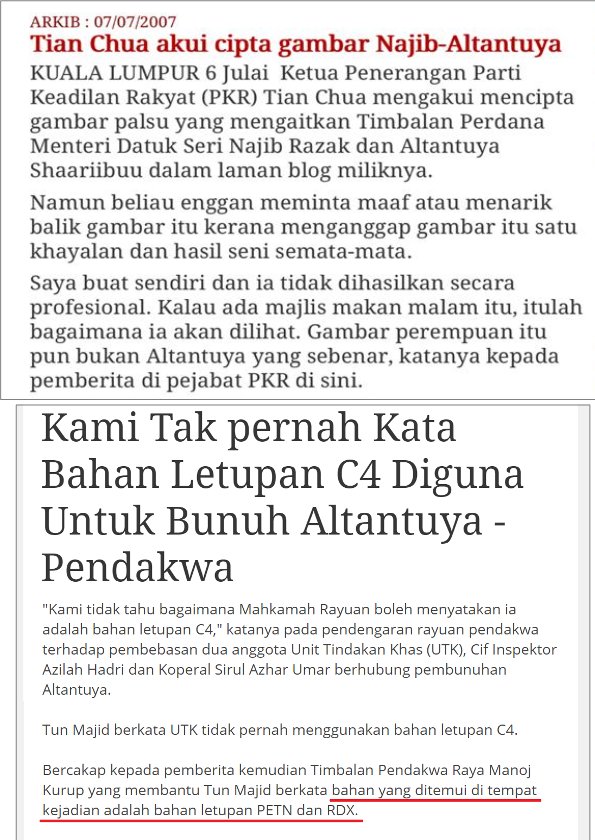 What do you guys think about this case? 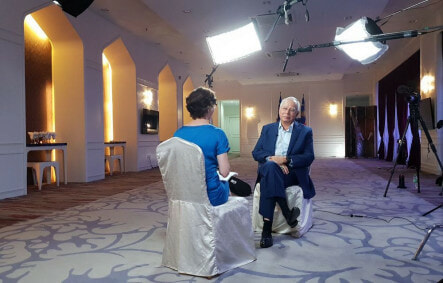