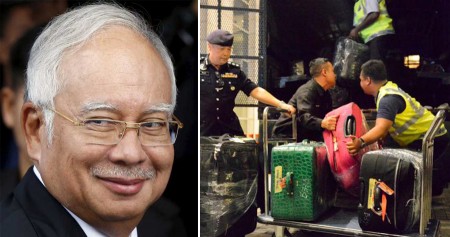 The raid at former prime minister Najib Razak’s house that was concluded last Friday (May 18) was quite a huge hit on the news as the amount of items found needed five huge lorries to carry them away. It has already been five days after the operation, but the police are still not done counting the money. Whoa, so long!

According to The Star, officers began counting the cash on Monday (May 21) early in the morning at the Bukit Aman Commercial Crime Investigation Department (CCID) office in Menara 238 along Jalan Tun Razak, and it is reported that the officers are still counting the seized items with help from other agencies such as Bank Negara. 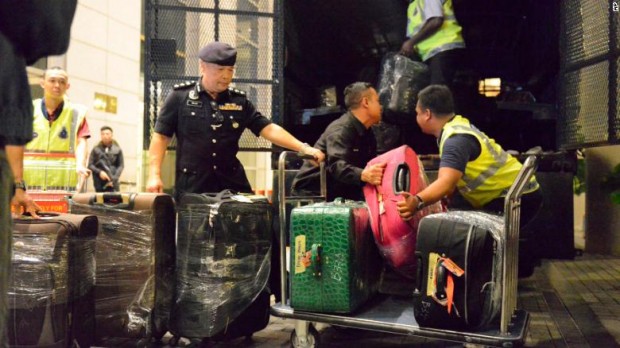 “It involves many different currencies so the process is very tedious. Police personnel must also record each banknote seized,” said a source.

The cash that was found stashed in about 72 luggage bags contained various currencies believed to be worth over RM10 million, but the exact amount is soon to be determined. This was confirmed by Inspector-General of Police Tan Sri Mohamad Fuzi Harun who said that more people will be called into this investigation if the police see a need for it.

“The police must be given time to thoroughly investigate the matter,” he said. 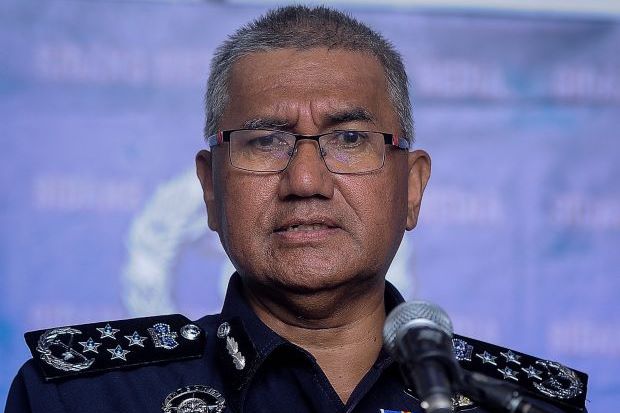 Earlier, Najib said that he was afraid of the threats against his life and those of his family, and lodged a police complaint thereafter. In response to this, Fuzi Harun said the police had placed sufficient police personnel for his security.

“We have and will always ensure the safety of all, including the former prime minister.”

“If there is a need to increase security, then we will look into it,” he said.

On Friday, the police conducted a search at six locations linked to Najib as part of the investigations into 1MDB. They had seized 284 boxes full of designer handbags, watches, jewellery and cash in many different currencies from three of their luxury condominiums.

Najib claimed in a police report that the cash seized from the Pavilion Residences was donated to him by his friends and was meant for Barisan Nasional’s election campaign. At this statement, Lawyer Andrew Khoo said that he would now have to provide evidence of his claims by stating the source and the amount of money that was donated to him, reported The Straits Times.

Not only does he have to state the amount, but he would also need to prove that the donations were not of corrupt practices that were received for ulterior motives. He said the problem now was that Malaysia’s system of political donations was unregulated and the source of money is often unknown.

“They can show that it has not come from unlawful activities. So, if the donation can be linked back to proceeds of criminal activity, then it is ‘dirty money’,” he said.

Kesian the police, they have been working endlessly since Friday. Hope they can finalise the amount of cash soon!

Also read: Here’s What The Police Seized From Najib’s House During A Second Raid 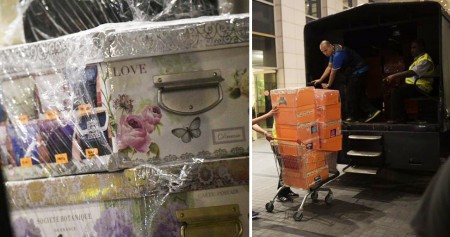