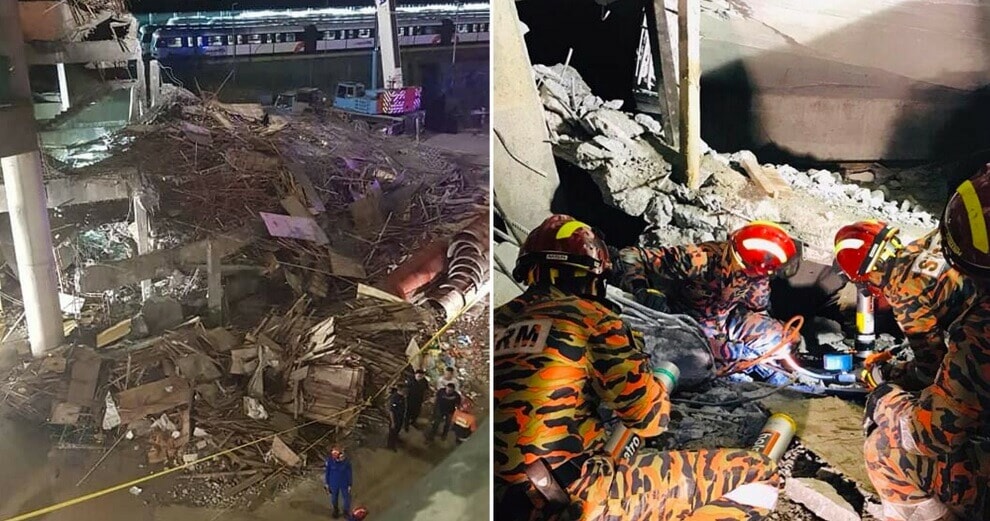 According to Astro Awani, in the early hours of Thursday (23rd May), a multilevel carpark building next to the Gombak LRT station collapsed, trapping and injuring three construction workers at the scene.

Rescue efforts are currently being carried out by the Fire and Rescue Department, the Special Tactical Operation and Rescue Team (STORM), Malaysian Civil Defence Force, the Kuala Lumpur City Hall (DBKL), and the Royal Malaysian Police (PDRM) after an emergency call was received at 1.13am.

#NSTFlash: Two construction workers were reportedly injured while another was still trapped when part of the parking lot of LRT Putra Terminal Gombak Station in Jalan Taman Melati, which is still under construction, collapsed earlier this morning. pic.twitter.com/8OcLhBtQRv

“46 officers from the Wangsa Maju and Gombak Selatan Fire and Rescue stations, along with officers from PDRM, the Civil Defence Force, the Ministry of Health, and DBKL, all rushed to the scene.”

“When we arrived at the location, firemen saw collapsed concrete at a structure that was under construction, which was about 2,500 square feet.”

“Three victims were involved, two of whom have been successfully rescued and sent to the hospital. However, one Indonesian national is still trapped in the rubble.” 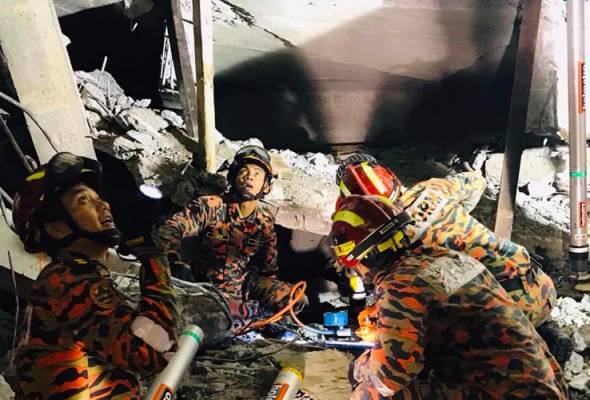 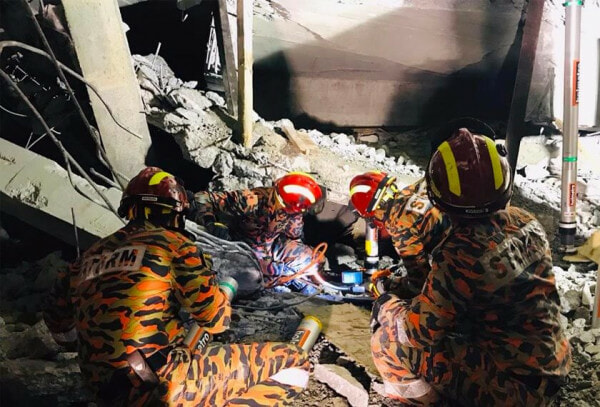 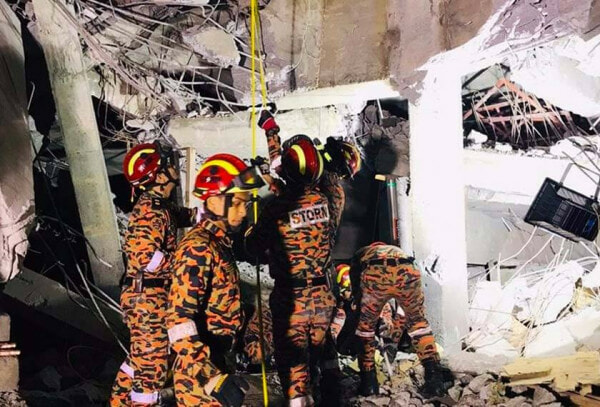 The Fire and Rescue Department also deployed their Canine (K9) Unit to find any other possible victims trapped in the rubble. Currently, search and rescue operations are still underway, while the rubble is also being cleared.

Meanwhile, MyRapid confirmed the incident on Twitter, clarifying that the collapse does not involve the Gombak LRT terminal and that their services are operating as usual.

LRT Kelana Jaya Line Update: Dear customers, we confirm that LRT Putra terminal Gombak was misidentified as the location of a building collapse incident at 1.13am today.

Currently, all our services are operating normally. Please follow us on @MyRapidKL for updates. Thank you. 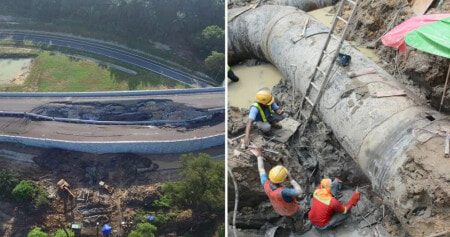